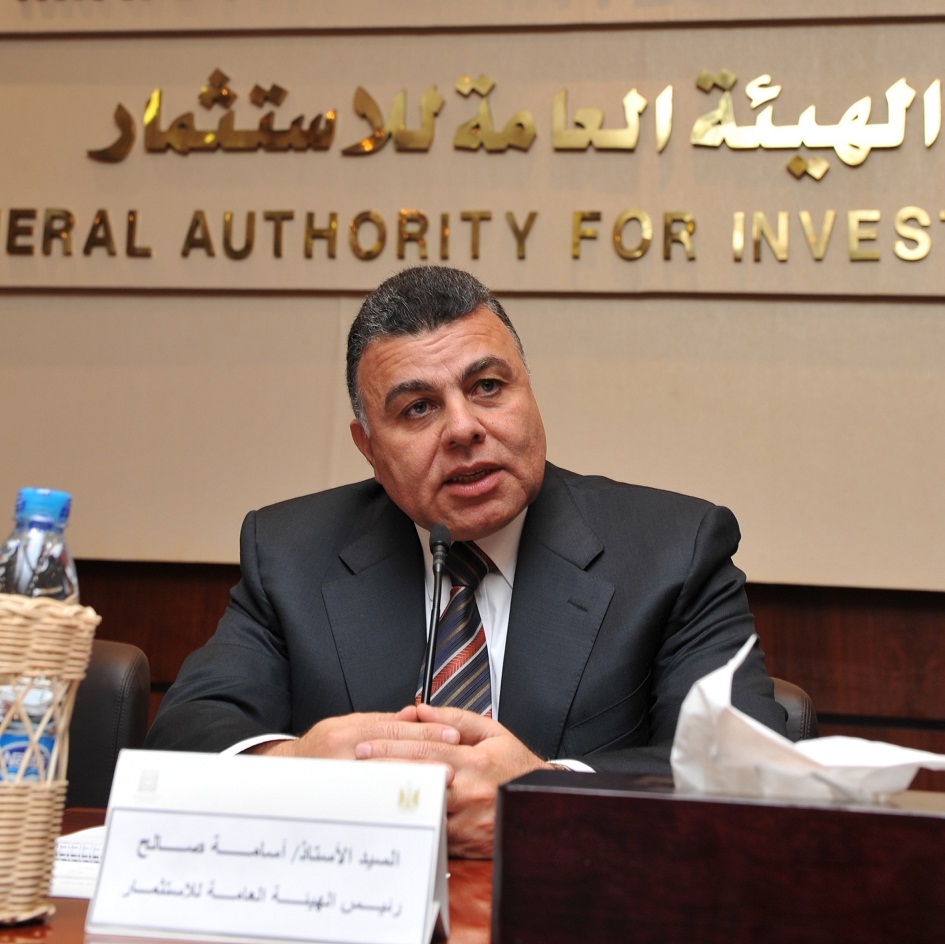 The Ministers of Finance, Planning and Investment seek to pursue an expansionist economic policy based on providing incentives to investors while avoiding implementing new taxes.

They aim to do so by coming up with a new economic roadmap to guide the country over the coming months. By attracting new investment, the ministers say they will seek primarily to address the country’s energy problems and implement social justice with regards to wages.

Osama Saleh, Minister of Investment, stated that the new government would seek to spur economic growth by pumping new investment into the private sector, with the goal of achieving 3% growth during the current year. He stated that investment dropped 14% over the last three years compared to rates seen in 2008.

Saleh announced in a statement at the Money and Finance Conference that the Al-Nahda Cement factory in Bani Suweif would be opening next month, with a total of EGP 3bn in investments. He said that the factory had been opened previously at times in order to conduct preliminary tests.

Saleh also stated that the French L’Oreal cosmetics factory would announce its opening by the end of 2013, funded with a total of €120m in investments.

He added that the government was preparing to open a number of other new factories in the coming months, among them the international Samsung factory (which would open in April 2014), funded by a total of EGP 1.5bn in investments.

The Eastern Tobacco Company also announced that it was on the verge of completing the transfer of its factories to the 6th of October City at a cost of EGP 5.5bn.

Saleh stated that the government seeks to achieve EGP 170bn in investments by the end of the current year, saying that such rates last year totalled EGP160bn.

He added that a delegation of American businessmen is scheduled to visit the country during the first quarter  of the upcoming year, an important visit, considering America’s changing political position with regards to Egypt.

He went on to say that new ways to stimulate the country’s bond’s market were being reviewed, along with the country’s relative Stamp Act. He stated that two companies operating in the finance and oil sectors would re-list themselves on the country’s stock exchange before the end of the year, with some of their shares already having been put up for sale.

Saleh stated that the ministry was determined to provide services to citizens by way of companies operating in the country’s public sector, in particular cooperative societies which provide citizens with essential goods. He added that the Food Industries Holding Company had announced that it would provide discounts to citizens on various goods during the first and last 5 days of the month.

He stated that the country’s public business sector was not suffering to the extent that many have thought, pointing out that it had achieved a total of EGP3bn in profits during the previous year.

Saleh added that 100 new projects located in a number of provinces throughout the country were currently being reviewed, including a series of investment conferences set to take place during the fourth quarter of the current year.

He stated that the government was also working to complete the country’s Suez Canal project, and that 6 projects were currently being implemented within the services sector and are set to be concluded in the coming months, based on a Public Private Partnership system.

Saleh acknowledged, however, that the government was currently facing a number of obstacles, most prominent of which included the country’s budget deficit, which the Ministry of Finance is looking to decrease by 10%. He said that this would not be an easy goal, and could not be achieved by any means other than securing increased rates of investment.

He added that despite the fact that Egypt has been able to maintain a steady level of investment in recent years, it has not been able to accomplish desired rates. Investment rates last year totalled $1.4bn, with those registered for the prior year totalling $2bn.

Saleh stated that the government had been successful in incorporating large parts of the country’s black market into the official economy, by exempting vendors from taxes and expanding industrial zones.

He went on to say that the government respected the judiciary’s decision to nationalize the Tanta Company for Linen and Cotton Ginning, after it had been previously privatized. He stated that a committee had been created composed of investors, technicians and public sector workers to help address difficulties set to be faced in implementing the decision, such as the company being listed and traded on the country’s stock exchange. He stated that those companies and others that were subject to judicial dispute had not been forced to halt or postpone their work, and had not ceased to pay the salaries of their employees.

Ahmed Galal, Egypt’s Finance Minister, stated that the country’s foreign currency reserves were stable thanks to various grants and economic aid provided by Arab countries, which have helped to achieve a balance. He reinforced that Egypt was not currently engaged in negotiations with the IMF over securing economic aid.

Galal stated that the government was still in negotiations with businessmen, investors and representatives from industrial federations and workers’ unions regarding the implementation of the country’s private sector minimum income. Additional meetings would be conducted with private sector representatives in the future, in order to coordinate the implementation of the law with that of the public sector.

He stated that the Ministry would pursue an expansionist investment policy with the goal of stimulating the economy without the implementation of new taxes. He pointed to the recent delivery of grants and economic aid from a number of Arab countries, along with decreases in government spending, particularly on energy subsidies, as evidence of this policy.

He added, however, that Egypt’s current growth rates would not be enough to address the country’s economic crisis, saying that despite this, the government would not pursue deflationary policies or tax increases coupled with decreases in spending. The government would follow a strategic expansionary policy in order to increase investment, stimulate the economy and increase the number of work opportunities available to citizens in order to cut back on unemployment rates.

Galal stated that government spending on health as a percentage of the national income had decreased significantly in recent years. He stated that he sought to increase spending rates on health while decreasing that for energy subsidies, which currently stood at EGP 12bn annually. This would be part of a plan to gradually decrease government subsidies over the next several years.

He went on to say that the application of real estate taxes would be reviewed in order to help improve financier confidence in the soundness of estimates made for buildings and properties. He added that financiers will be provided with a means to appeal such estimates in the case that they oppose their results. He stated that the tax law was currently available but that it required some amendments.

He stated that the country’s public finance budget, which had been drafted and prepared by the previous regime, was also in the process of being reviewed, as some of its clauses were deemed incompatible with the current economic roadmap.

Egypt’s Minister of Planning Ashraf Al-Arabi stated that the National Council on Wages was currently discussing amendments set to be made to the country’s insurance and labour laws. He stated that he sought to reach an agreement between businessmen, labour representatives and the government regarding the implementation of a minimum income within the private sector.

He stated that Egypt’s current wage structure (which makes up 30% of GDP) suffered from a number of flaws, particularly with regards to the country’s initial distribution of income. He added that a number of government workers receive higher wages than those working in the private sector.

Al-Arabi stated that the government considered the implementation of the country’s minimum income law as one of the most important issues currently being focused on, saying that 10 ministerial and logistical meetings have so far been held to discuss the issue. He assured that the country’s private sector was aware of the significance of arriving at a comprehensive solution.

He stated that the government hoped to achieve 3.5% growth in the coming months, on the condition that doing so helps promote social justice. Achieving such growth would require that investment rates are increased, he said.

He added that protracted decrease in investment was among one of the most difficult challenges faced by the government in the last 3 years. Such rates decreased to 14% last year, compared to 22% previously, itself a fairly humble rate considering that many countries currently enjoy rates as high as 40%.

Al-Arabi stated that the government had recently pumped EGP 322bn worth of investments into a number of infrastructure projects, with the goal of stimulating Egypt’s construction sector. He added that the government will begin to pay back dues owed to contractors operating in the sector starting next week.