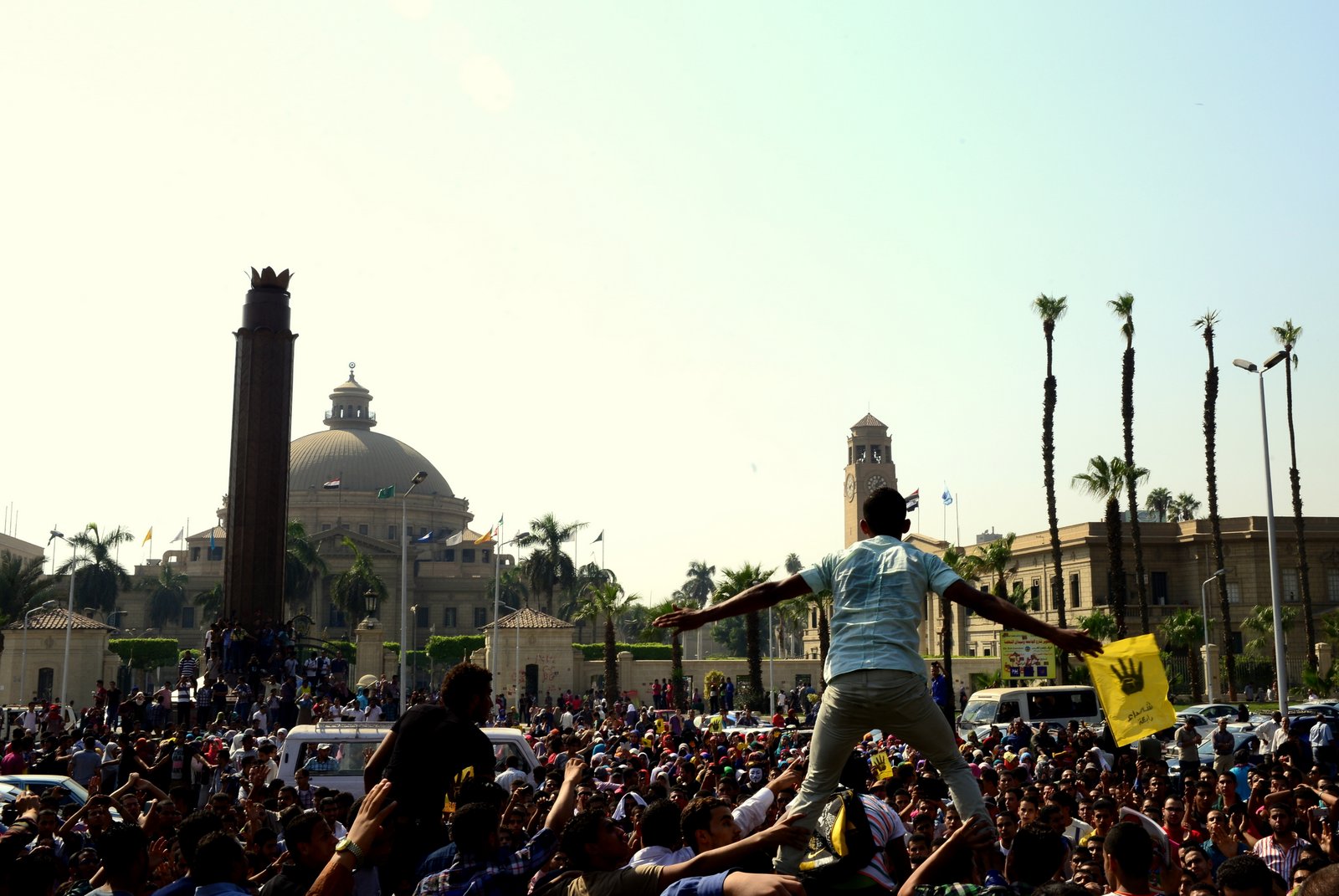 Hundreds of students rallied at Cairo University on Tuesday afternoon to protest against Egypt’s interim government.

Demonstrating under the banner of Students Against the Coup, over 500 people participated in a march from the university’s Faculty of Commerce toward Nahda Square—the scene of a mass sit-in for weeks after the 3 July ouster of deposed president Mohamed Morsi.

Protesters chanted slogans against the government and military as they carried yellow signs, banners and flags emblazoned with the four-finger Rabaa symbol.

Spokesman for Youth Against the Coup Mahmoud Zaid said that the military-led interim government has “a massive impact” on the quality of Egyptian education.

“There’s no trust between the SCAF or military rule and the students, because education quality hasn’t improved since the rule of [late president] Gamal Abdel Nasser,” said Zaid.  “We can say ‘It’s the time to have better education in Egypt,’ but when there’s no true representation, the government will not have the will to improve anything, especially education.”

More students joined the demonstration as it left the gates of Cairo University and moved east on Nahdet Misr Street, but the march was halted by police lines before it was able to reach Nahda Square.

Demonstrators at the front of the march formed a human chain to keep aggressive members of their ranks away from security forces, and the protest dispersed peacefully and without incident.

There have been a number of student protests across Egypt since the beginning of the school year on 21 September.  According to a Monday report by The Democracy Index, “146 protests were organised by university students from 24 universities around Egypt; 22 of [which are in] Cairo University and 13 occurred within Ain Shams University.”