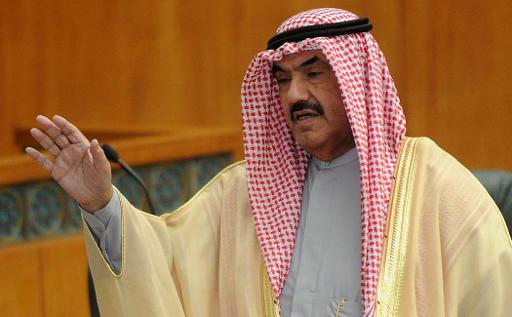 The ruling stipulated that Wushaihi, who is also a television presenter, must start serving his jail term immediately, but that he could appeal the sentence.

He could also request the judge suspend the implementation of the jail term until any appeals court ruling on the case.

Sheikh Nasser resigned as premier in November 2011 following street protests by the opposition on allegations of corruption. He was first appointed to the post in February 2006.

Courts in the oil-rich Gulf state have in the past few months jailed several opposition activists and former MPs over allegations of using Twitter to insult the emir who in July pardoned seven jailed activists.