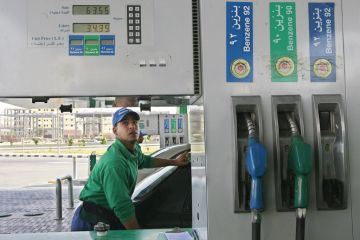 The second stage of the government’s smartcard system, which will see the distribution of fuel to cardholders, is currently under preparation, Minister of Petroleum Sherif Ismail said in a press conference on Tuesday.

“The coming period will witness signing a protocol between the ministries of Interior and Finance to enter the database on smart card system then the second stage will be effective within two or three months after delivering to citizens their own cards,” read the ministry’s statement. Ismail also stressed that quantities for consumption for citizens will not be determined.

The first stage of the project saw the completion of automated trade between petroleum warehouses and fuel stations throughout the country, and ended in July.

Minister of Finance Ahmed Galal said in August that the smartcard system would automate the nationwide distribution of diesel and gasoline while also helping the government address shortages and combat smuggling.

The programme, which is overseen by the ministries of petroleum and finance, aims to rein in instances of smuggling and reduce subsidies for petroleum, which have increased three times over the last eight years, from EGP 40bn in 2005/2006 to EGP 120bn this year.

Energy subsidies, which currently stand at EGP 128bn, if continued “in their current form,” represent a threat to development efforts and new investments, according to Ismail. They also cut into health and education services, he said, which “deserve this support.”

“Talking about reducing subsidies doesn’t mean changing petroleum products prices, and any action towards this file won’t be taken unless given popular support,” Ismail said, noting the importance of public awareness of rationing public consumption.

Prime Minister Hazem El-Beblawi had remarked in July that energy subsidies are “too expensive” for the country.

According to the statement published on the ministry’s official website, Ismail also noted that the dues of the foreign partners reached $6.2bn, with repayment to be reached soon in coordination with the Central Bank of Egypt and finance ministry.

“Repaying these dues will stimulate foreign investors to increase investment in exploring and developing the petroleum fields,” he said, noting that they are preparing to sign 21 new petroleum agreements with global oil companies to research and explore oil and gas.

In terms of new projects, the fund for the Organization of the Petroleum Exporting Countries (OPEC) will help finance Southern Helwan’s power station at a total cost of EGP14bn, around $2bn, the Ministry of Electricity announced on 29 September.

Ismail meanwhile noted that the petroleum sector is aiming to launch a number of new natural gas projects on the Mediterranean Sea, which contributes in increasing gas production.

“There is full cooperation between the Ministries of Electricity and Petroleum to meet the needs of power stations in terms of fuel,” said Ismail, stressing the importance of increasing reliance on alternative energy sources such as coal to reduce the use of oil and gas.

A 2,500 megawatt deficit has led to the return of blackouts in September, caused by a fuel supply shortage combined with high consumption.

In a meeting held 24 September by the High Energy Committee attended by Prime Minister Hazem El-Beblawi, the committee decided that energy intensive factories would now be required to meet a portion of their needs using solar and wind power.

Qatar announced in June it would grant Egypt five shipments of liquefied natural gas (LNG) to help relieve the latter’s energy strain. The shipments were set to arrive during the summer, amid peaking demand for electricity and energy in the industrial sector. Two shipments have been received by Egypt and concerns have been raised about the remaining three shipments. Qatar amended in August its previous decision to not distribute three remaining LNG shipments to Egypt.