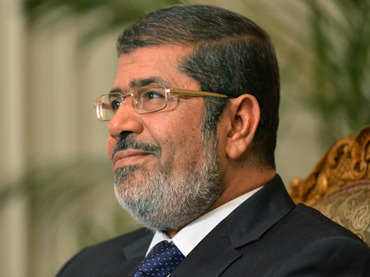 The cabinet issued a decision in its Wednesday meeting to form a committee to manage the funds of the Muslim Brotherhood Organisation.

The circuit court for urgent matters in Abdeen had, on 23 Septmeber, ruled to disband the Muslim Brotherhood Organisation and ordered the confiscation of its capital.

The governmental decision mandates that “all authorities that are related to the enforcement of the verdict respond swiftly to the demands of the newly-formed committee.”

State-owned Al-Ahram reported that Public Funds Prosecution  had begun interrogating former president Mohamed Morsi and other members of the Freedom and Justice Party (FJP) with charges of financial corruption.

The lawsuit is concerned with the financial violations within Brotherhood-affiliated Misr 25 Satellite Channel.

The violations include using the channel to broadcast FJP’s campaigns by direct order, failure to submit a financial balance to the Central Auditing Authority for two years, and failure to pay debts to the Media Production City Authority.

Misr 25, of which 17% of shares are owned by Morsi, was abruptly shut down by the military amid the 3 July ouster of the former president.