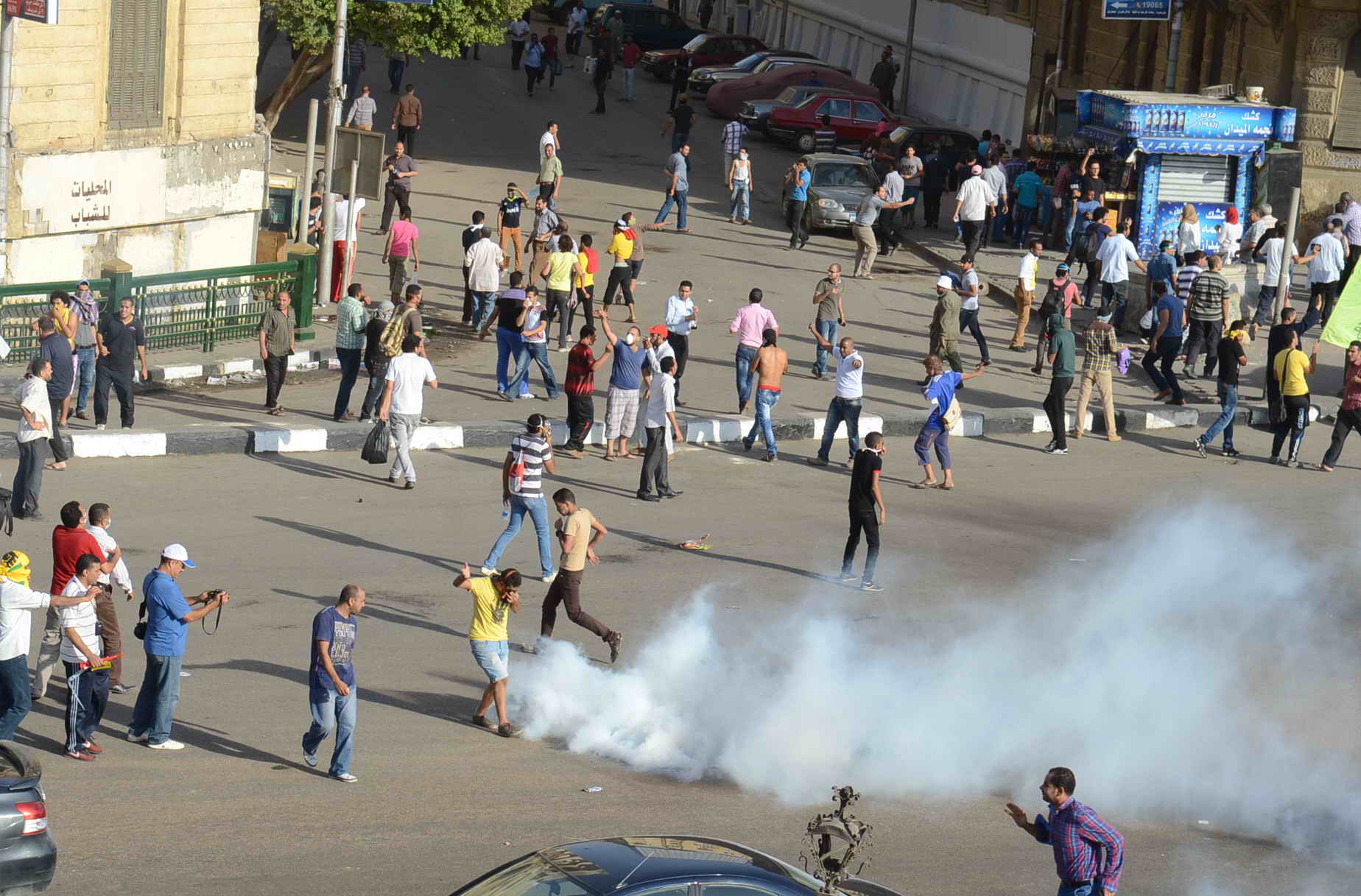 Pro-Mohamed Morsi demonstrators clashed with security forces on Friday in Cairo just days before opposing marches are expected to converge on Tahrir Square on the 40th anniversary of the October War.

One person died near Tahrir Square during clashes between pro-Morsi demonstrators and security forces, reported Reuters news agency. The square in central Cairo is the proposed destination for opposing marches planned for the anniversary of the 1973 October War.

Gunfire and teargas were also fired in and around Galaa Square in Dokki, causing hundreds of demonstrators to retreat into the surrounding side streets, according to an eyewitness. At the time of writing, the square had since been cleared of protesters and entrances guarded by security forces.

Pro-Morsi demonstrators also marched on the Ministry of Defence building in Nasr City, according to Sky News Arabia satellite channel.

The Ministry of Health confirmed that at the time of writing eight people had been injured during the clashes in the capital.

The security forces have secured the major squares and possible gathering points in the capital every Friday since the dispersal of the two large pro-Morsi sit-ins were dispersed in August.

The Muslim Brotherhood’s Freedom and Justice Party and The National Coalition to Support Legitimacy called for mass protests on Sunday to oppose the Morsi’s ouster. The Tamarod (Rebellion) campaign has also called for Egyptians to take to the streets on Sunday to celebrate the anniversary.