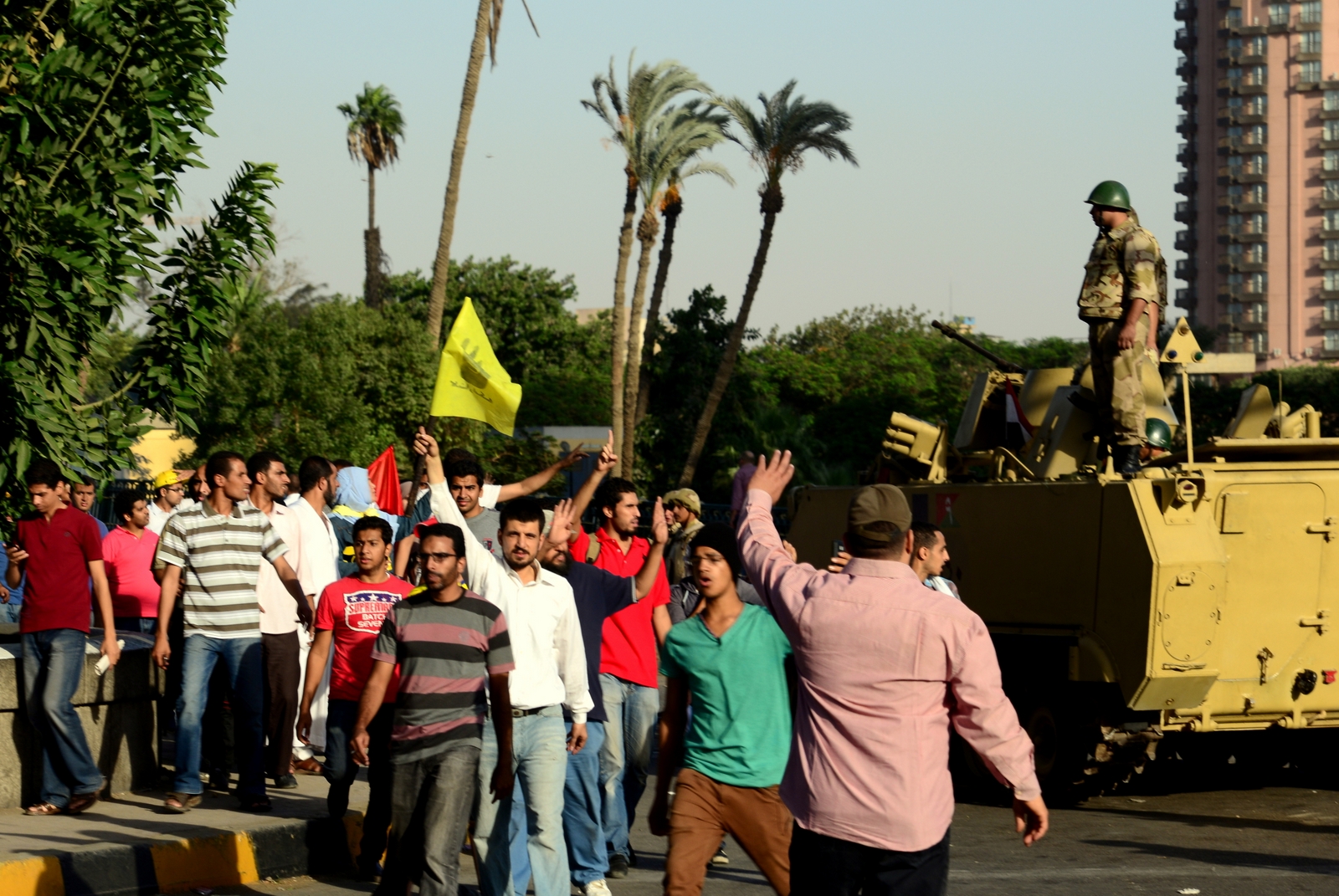 The Anti-Coup Alliance has claimed that the “Egyptian people taught the leaders of the bloody coup a harsh lesson” on Friday, a day that saw several deaths and dozens injured in violence between demonstrators and security forces.

The Ministry of Interior said on Saturday that five people were killed and 39 injured as a result of the clashes in Al-Galaa Square in Dokki and Tahrir Square in central Cairo.The death toll from the Ministry of Health on Friday evening was four deaths, with three in Cairo and one in Giza.

The ministry said that the marches “organised by the Muslim Brotherhood” were “an attempt to create chaos and assault citizens and a number of cars and shops.” The statement added, “The security forces managed to thwart this scheme and control the situation.” The ministry also announced that security forces arrested 45 people.

The Ministry of Health meanwhile confirmed Friday evening that four peoplehad been killed in the violence and 45 injured;40 in Cairo governorate,two in Assiut and three in Menufiya.

The Ministry of Interior stressed that it acted within the law when confronting the demonstrators and said that it is intensifying security around the country. It also “warned against any attempts to sour the atmosphere of the celebrations of the people of Egypt of the anniversary of the triumph of the great October War,” which will occur on Sunday.

The Anti-Coup Alliance asserted in a statement on Friday night, “the large gatherings in different squares of Egypt disrupted the calculations of the coup organisers.” Protestors expressing their opposition to the interim government and the removal of former President Mohamed Morsi attempted to march toward Tahrir Square on Friday. Security forces had closed off the major squares and possible gathering points in the capital city earlier on Friday.

The Alliance reiterated its call for mass demonstrations on Sunday and called on “all Egyptians to continue their protests in every part of Egypt.” The group has also called for demonstrators to march to Tahrir Square “under the slogan ‘Cairo the Capital of the Revolution’,” asserting, “Tahrir Square and the October victory belong to all Egyptians.”

The Tamarod (Rebellion) Campaign, which organised the mass demonstrations that eventually led to Morsi’s removal, has also called for street celebrations on Sunday, as well as a gathering in Tahrir Square.