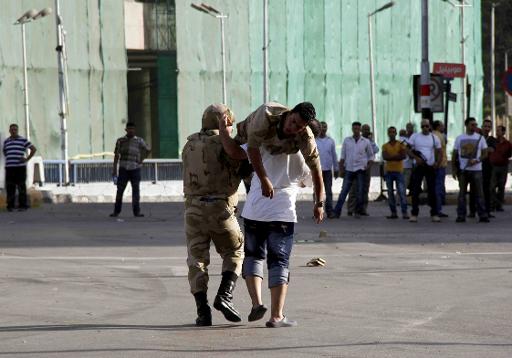 The statement came ahead of the 6 October national holiday, when both supporters and opponents of Morsi have called for mass protests inTahrir Square.

“Ahead of announced demonstrations marking a national holiday in Egypt on Sunday, the Secretary-General stresses the importance of peaceful protest, respect for freedom of assembly and commitment to non-violence,” read the UN statement.

Ban’s thinly-veiled remarks stressed the need to include Muslim Brotherhood members in the political process.

“The Secretary-General continues to underscore the need for political inclusion, full respect for human rights, including of those detained in prison, and rule of law as the basis for a peaceful democratic transition.  These are principles to which the Egyptian authorities themselves have committed in the roadmap they have set forth.”

State Department spokeswoman Marie Harf said that the United States is “closely monitoring” the situation in Egypt.  Like Ban, Harf stressed the necessity of involving the Brotherhood in the transitional period.

“…the Egyptian government has a responsibility to protect all Egyptians and create an atmosphere that supports a process of political transition that is peaceful, inclusive and has maximum participation from the Egyptian people,” said Harf.

Despite the US government shutdown, said Harf, diplomatic conversations in Egypt continue.  She had no response to a reporter’s question if the possibility of the suspension of US military aid to Egypt still looms.