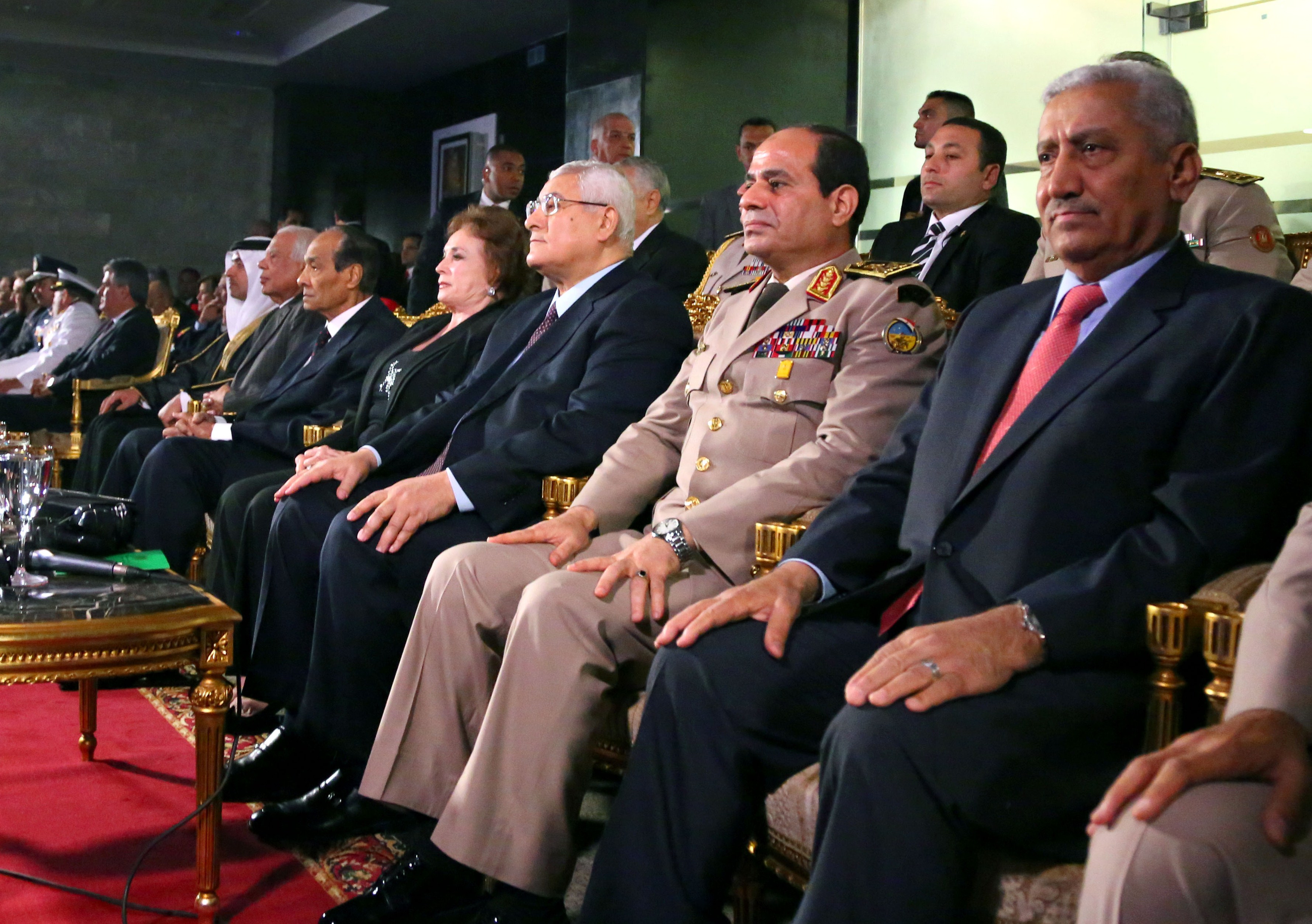 Minister of Defence and Deputy Prime Minister, Abdel Fatah Al-Sisi, said that the Egyptian people “will never forget who stood with them or against them” during his speech at the 6 October war anniversary celebration held at the 30 June stadium on Sunday night.

Al-Sisi described 6 October as “a day to celebrate for all Arabs”, hoping for the “unification of Arabs”. He also thanked “[Egypt’s] Arab brothers, who stood by its side.”

Al-Sisi announced that the army is committed to the popular mandate of 26 July 2013: “We are committed, in front of God, to the Egyptian and Arab people that we will protect Egypt, the Egyptians and their free will.”

The celebration was attended by Emirati, Iraqi, Bahraini, Moroccan and Jordanian defence ministers.

The speech was made a few hours after at least 50 people died during clashes that erupted between “anti-coup” protesters and security forces nationwide on the 40th anniversary of the 6 October War.