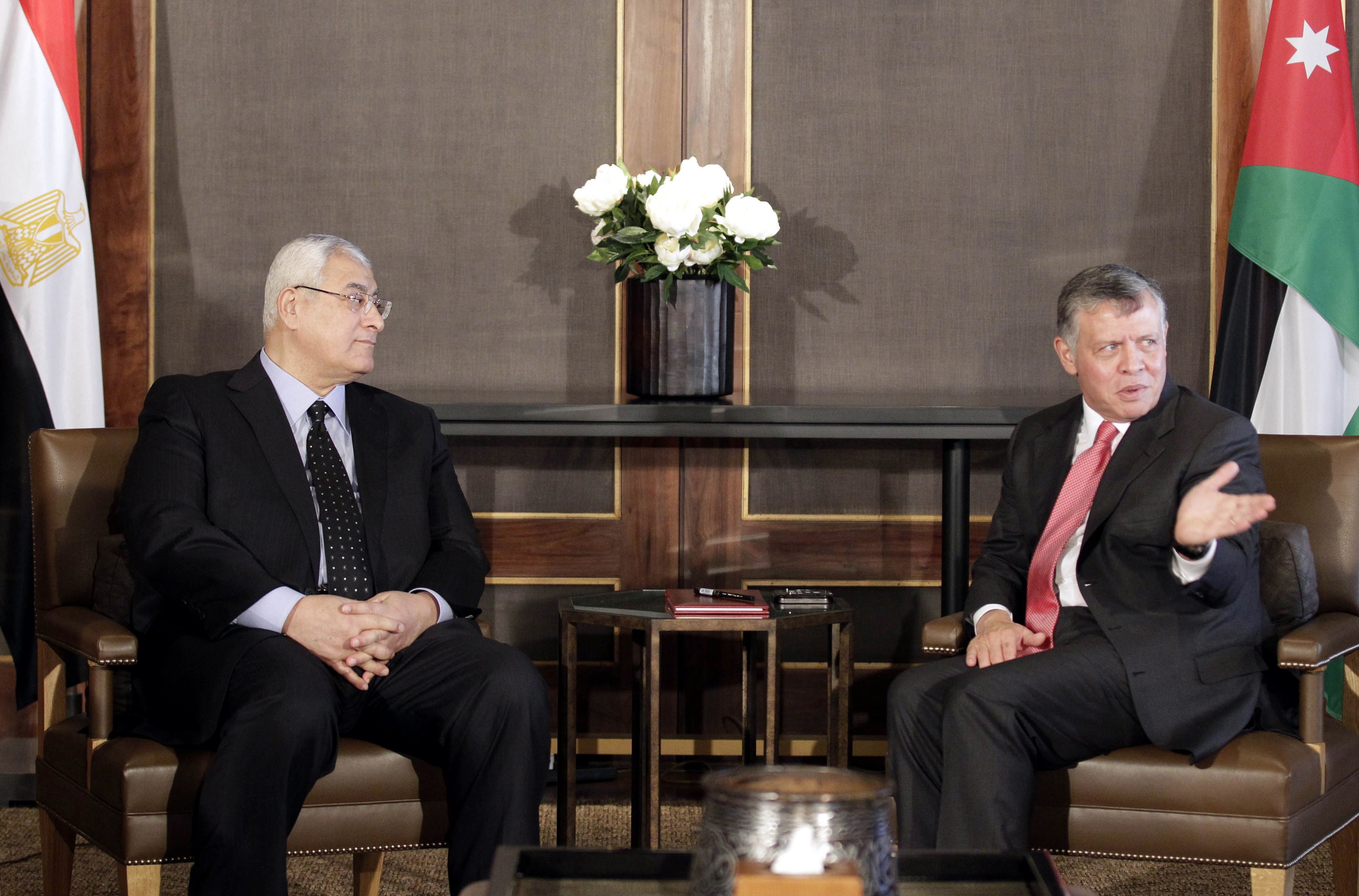 Interim President of Egypt Adly Mansour arrived to Amman on Tuesday, and was received by King Abdullah II and Jordan’s Honour Guard upon his arrival.

The two heads of state were scheduled to discuss bilateral relations. The meeting was the second one between the king and interim president, as King Abdullah visited Cairo in July two weeks following former president Mohamed Morsi’s ouster to meet with the then newly-appointed Mansour.

The king hosted Mansour and his delegation, which included the Egyptian Minister of Foreign Affairs, and focused on economic ties between the two nations. The king and interim president agreed that the level of trade between Egypt and Jordan did not mirror the close relationship between the two countries, according to statements made by Egyptian Ambassador to Jordan Khaled Tharwat to state-owned Al-Ahram.

The Egyptian delegation also discussed the Syrian civil war with Jordanian officials ahead of the Geneva II  Conference, for which both sides expressed support and also discussed issues facing Palestine.

Theyalso discussed the repairing of the gas pipeline from Egypt to Jordan, which had been attacked a number of times.

Mansour’s visit to Jordan came at the heels of a one-day trip to Saudi Arabia, the first stop of the president’s two-leg trip and his first overseas visit.

During his trip to the Kingdom of Saudi Arabia, Mansour discussed financial support to Egypt from the Gulf state, which had pledged $5bn to Egypt following Morsi’s ouster.

The Egyptian Ministry of Foreign Affairs said that following Mansour’s return to Egypt, a second trip would be planned and is likely to include the United Arab Emirates, which has also voiced strong support for the interim government appointed in July.