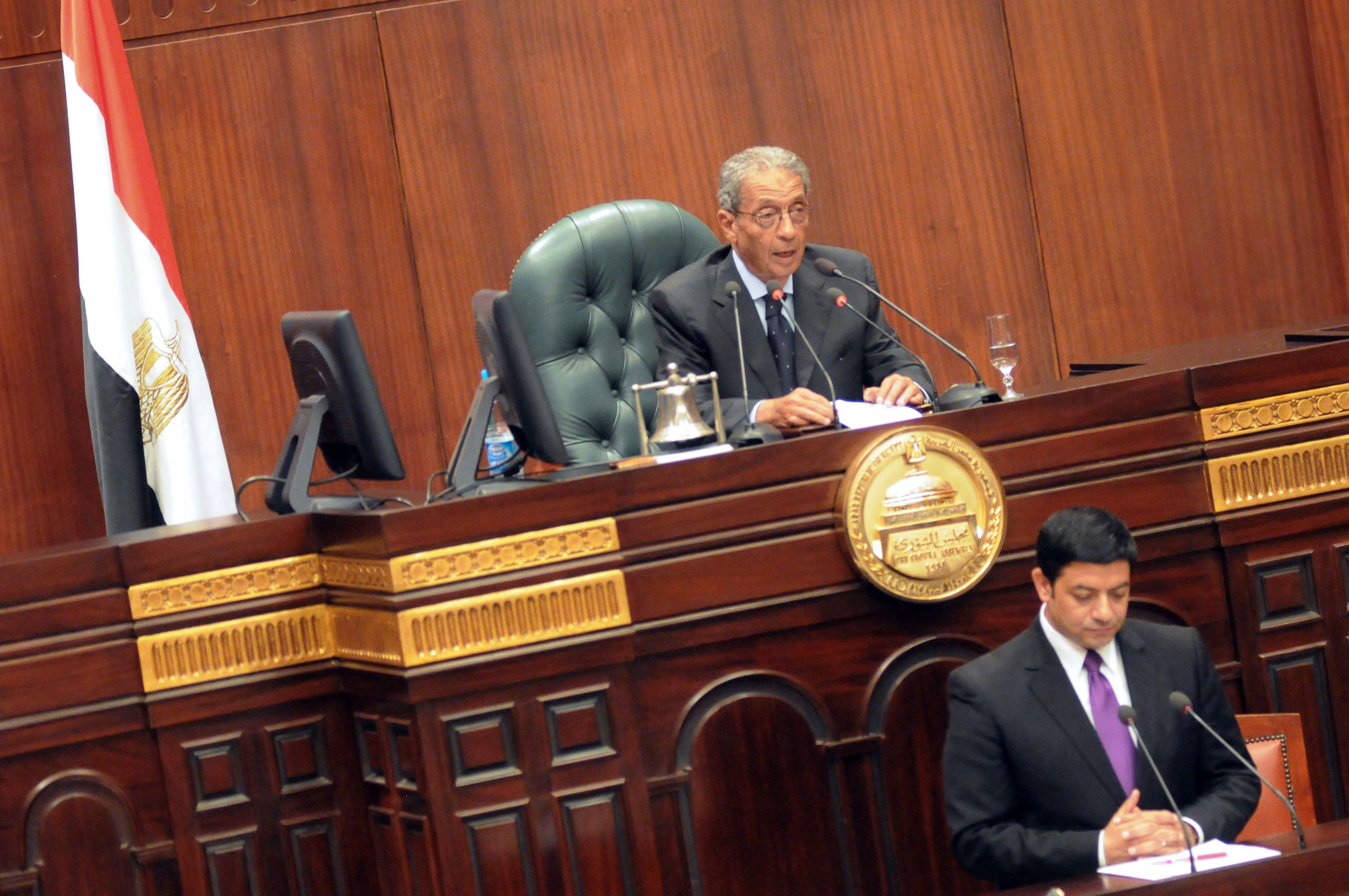 Free Egyptians Party spokesman Shehab Wagih explained the reasons behind these suggestions: “There is a clear direction within the Constituent Assembly that the president’s administrative power in the new constitution will be wide-ranged; so, the NSF sees that electing a president right after approving the constitution will contribute directly to bringing forward the end of the transitional phase due to the presence of a democratically-elected president with administrative powers.” He later added that Moussa listened to the suggestions “with regard”.

Moussa himself is a leading NSF figure, being the founder of the Conference Party, a member of NSF. With regards to this issue, Wagih said: “The NSF does not feel prestigious because the Assembly head is a member of NSF; to an extent that NSF sometimes felt that that there is a lack of communication between the two entities.” He later added that the NSF would not object to decisions made by the Constituent Assembly regarding this issue.

The Free Egyptians Party is also a member of NSF.

The post-30 June roadmap states that parliamentary elections will be held before presidential elections, leading to the end of the transitional phase imposed by the military after the ousting of former President Mohamed Morsi.

Constituent Assembly prominent member, Mohamed Ghoneim,  told Aswat Masriya that he demands that the new constitution state that the economic activity of the armed forces “should be a subject of civil law, and taxes should be imposed on these activities’ profits.”

Ghoneim is a prominent urologist and political activist; he is also a founding member of the Egyptian Social Democratic Party (ESDP). Prime Minister Hazem El-Beblawi is also a member of this party.

Ghoneim added: “The army owns a lot of normal economic projects that do not relate to national security; such projects should be subjected to the civil tax law, and we should know if these projects are making profits or losses.”

The army-related articles in the new constitution are a cause for controversy, especially those concerned with procedures of appointing a defence minister, military trials for civilians and the army’s budget.