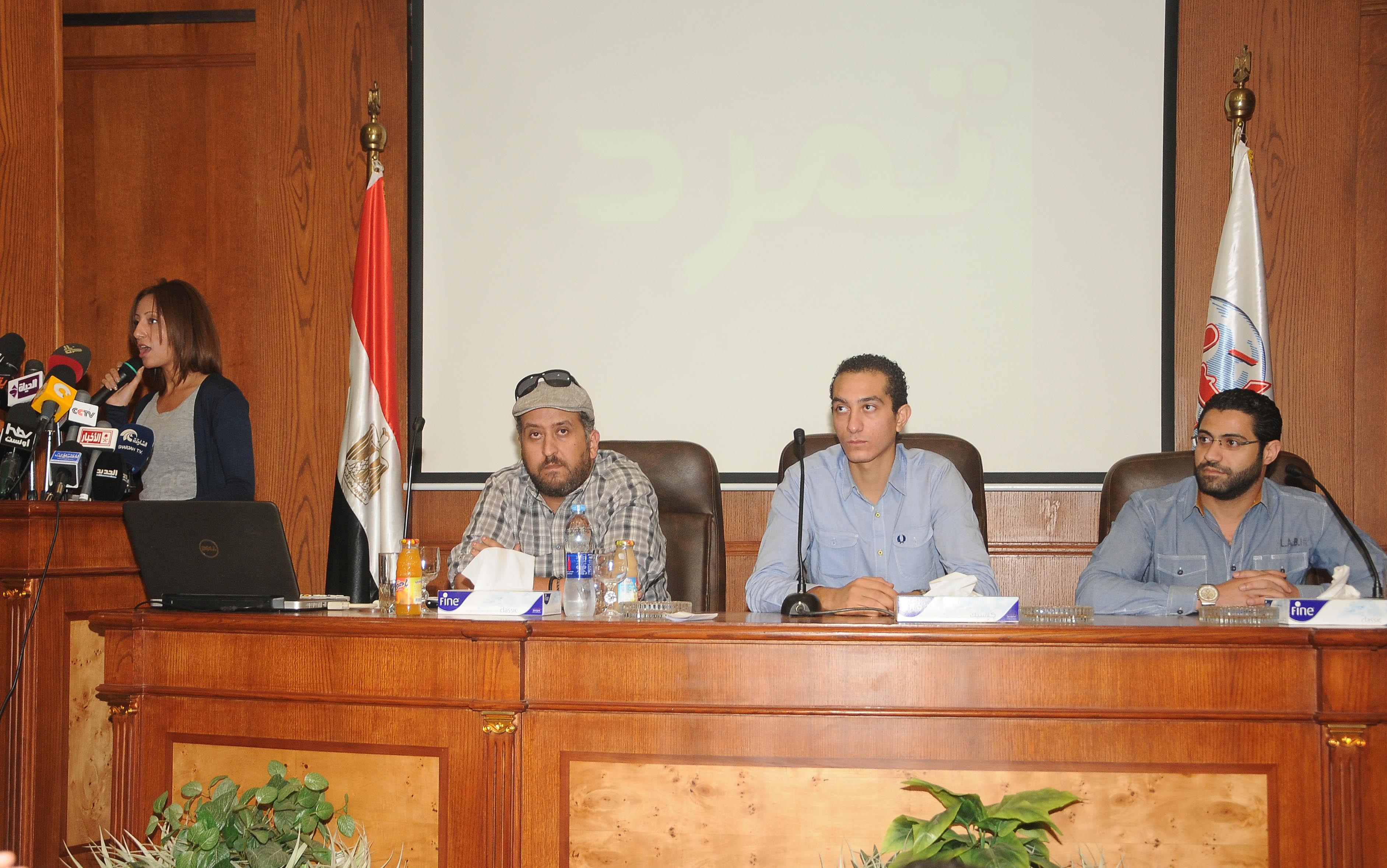 The Tamarod (Rebellion) campaign announced on Tuesday that it will run for the upcoming parliamentary elections.

The campaign, which was the first to call for ousting former President Mohamed Morsi, said it would take part in the elections to “carry out the roadmap put forward by the Egyptian people”, in reference to the roadmap announced by General Commander of the Armed Forces Abdel Fatah Al-Sisi.

Tamarod spokesman Hassan Shahin said in a press conference held on Tuesday that since the first phase of the roadmap, represented by the issuance of a “civil constitution”, is almost over, the campaign decided to start working on the parliamentary elections. He said that the campaign will compete for the “majority of parliamentary seats”.

“Our aim is to have a parliament representative of the revolution, unlike the 2012 parliament,” Shahin said. The 2012 parliament contained an Islamist majority, mostly from the Muslim Brotherhood and its political arm, the Freedom and Justice Party (FJP).

Mohamed Haikal, campaign member and coordinator, said Tamarod has formed an electoral committee of seven members to handle the process of running for elections. He added that committee members will not be running for the elections themselves.

“Tamarod has been calling for an elections law where candidates run individually and not within electoral lists,” Haikal said. He added that if their demand is met, they will be running for elections individually. “We will support youth and independent candidates who fall under our criteria.”

Haikal stated that Tamarod’s criteria for supporting candidates are: candidates whose “hands weren’t tainted with victims’ blood”, those with a clean slate regarding financial fraud, and “efficient candidates with national standards”.

Haikal didn’t rule out the possibility of Tamarod founders, such as Mahmoud Badr and Mohamed Abdel Aziz, running for the elections. “It is our legitimate right; nobody has exerted as much effort as we did on the streets … we put our lives on the line when we opposed Morsi back in April.”

Haikal said that even if the elections law states that elections will be held using electoral lists, Tamarod is “strongly considering” launching a party. “It won’t be difficult for us; we have several popular bases nationwide.”

Shahin said that Tamarod has “unprecedented” bases in “every popular district”. Haikal said there was nothing wrong with Tamarod competing for power. “In any other country, Tamarod should have come to power since day one.”

“Tamarod is a campaign which came from the streets and shall return to the streets,” Shahin added.

Haikal denied that Tamarod’s struggle for power resembles that of the Muslim Brotherhood: “We have a correct democratic path; the despotic Brotherhood didn’t want anyone else competing with them.”

“We have positive indications regarding running for the elections; we feel we will reap an okay number of seats,” Haikal said. “The no-confidence applications we collected from people against Morsi’s presidency were a form of voting.”