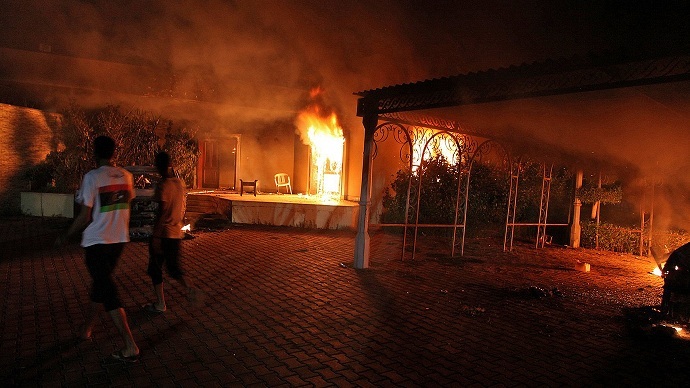 US State Department labeled a network led by Egyptian Muhammad Jamal as “Specially Designated Global Terrorists”, in a media note they issued on Monday.

According to the state department, Jamal went to Afghanistan in the late 1980s, where he trained with Al-Qaeda and learned how to make bombs.

Upon returning to Egypt in the 1990s, Jamal became a top military commander and head of the operational wing of the Egyptian Islamic Jihad group, which was then led by Al-Qaeda leader Ayman Al-Zawahiri.

The group is accused of planning and executing the failed assassination attempt on former President Hosni Mubarak in June 1995, during his presence in Addis Ababa, the Ethiopian capital.

He was referred to military court in February 1999, in the case known as “the Returnees from Albania”.

According to the state department, Jamal formed a network after his release from prison in Egypt in 2011; he also established several terrorist training camps in Egypt and Libya. The network is accused of being the main component of the Nasr City Cell, which was discovered in October 2012.

Jamal was re-arrested by Egyptian authorities in November 2012 for his participation in the Nasr City Cell.

According to the state department, his confiscated computer contained letters to Al-Zawahiri, in which Jamal asked for assistance and described the network’s activities, including acquiring weapons, conducting terrorist training and establishing terrorist groups in the Sinai Peninsula. These letters allegedly include evidence that militants trained by Jamal performed the attack on the US consulate in Benghazi, Libya on 11 September 2012.

Prominent Ex-Jihadist, Nabil Nae’em, who was also the leader of the Egyptian Islamic Jihad group from 1988 to 1992, said that Jamal is “insignificant” and that the USA gives him more attention than he deserves.

“Jamal was with us in Afghanistan. He was once fired from Al-Qaeda by Al-Zawahiri for killing a 14-year-old boy on accusations of spying for the interest of Egyptian intelligence, and was later brought back by Al-Zawahiri himself,” Nae’em said.

He added: “Jamal has never performed a successful operation; he always gets arrested before performing the operation then sells out any organisation he is affiliated with.”

Jamal, who is also known as Abu Ahmed, is currently detained and was referred to the Criminal Court for “attempting to overthrow the regime”, along with 25 others.

The case, which is commonly known as the Nasr City Cell case, started in October 2012 when security forces arrested members of the Cell.

The defendants face charges of establishing a terrorist cell, attempting to overthrow the regime, and planning to carry out several bombings across Egypt.