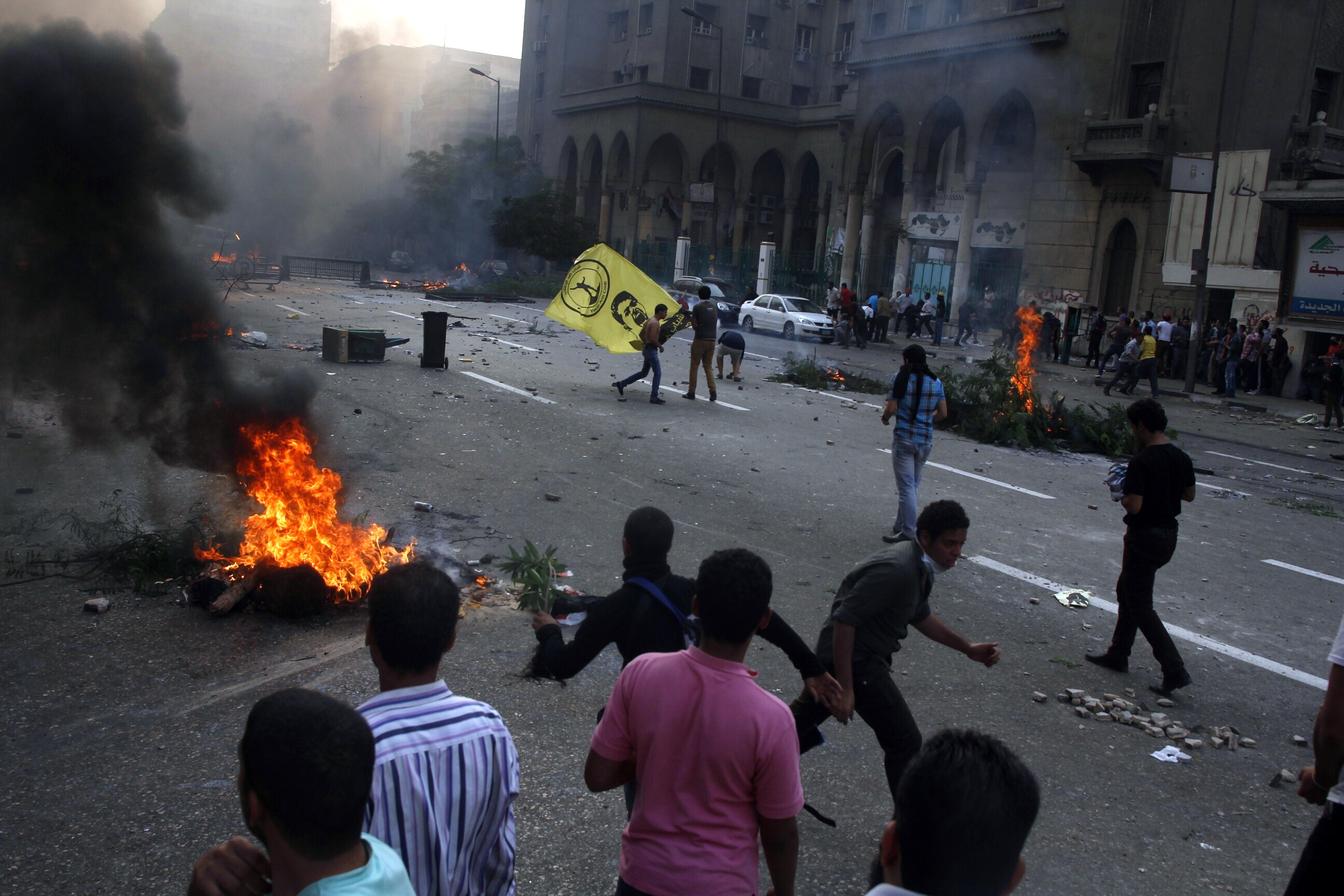 The White House, the United States State Department and the European Union have all come out to denounce the violence in Egypt over the past week, which has left around 70 people dead and dozens more injured.

On Tuesday, the White House’s National Security Council spokeswoman Bernadette Meehan said the administration is “deeply concerned” by ongoing violence and that the government in Egypt must allow its citizen to “exercise their universal rights, including free assembly, expression and press.”

The White House, said Meehan, condemns all acts of violence and incitement to commit violence.

“There’s no place for people to be attacking government facilities, to attacking security forces in the Sinai – there’s just no place for this kind of violence in Egypt’s future, and …their transition shouldn’t be derailed by it, which is why we’ve called on all sides and all parties, even though it’s very difficult in the situation, to be a part of the process,” said Harf.

EU High Representative Catherine Ashton offered condolences to the families of the victims killed in the violence.  While the situation is obviously contentious, said Ashton, she saw glimmers of hope in her most recent visit to Egypt last week.

“The clashes show there is clearly a great deal of polarisation and mistrust. This can only be overcome if all sides commit to a political process, defined and agreed by Egyptians themselves, that leads to deep and sustainable democracy. During my visit last week, I saw some potential for this to happen.

“The European Union will continue to support the Egyptian people in this process,” said Ashton.

Also on Tuesday, the White House denied reports by CNN and Reuters that it would suspend military aid to Egypt.

“[Reports] that we are halting all military assistance to Egypt are false,” said White House spokeswoman Caitlin Hayden in a statement, clarifying that the decision about future aid would be resolved in the coming days.

Partisan violence in Egypt has increased since last weekend.  Scores of protestors from the Anti-Coup Alliance have been killed since Friday, and attacks in Sinai, Port Said and Sharqeya have left at least nine security force members dead.