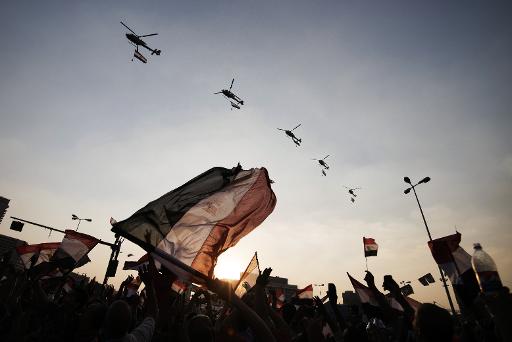 The decision to halt certain parts of the United States’ aid to Egypt is “not a correct decision” in terms of content and timing, according to Egypt’s Ministry of Foreign Affairs spokesman Badr Abdel Atty.

The US state department announced on Wednesday that it would halt the delivery of large-scale military systems and cash assistance to Egypt’s government pending “credible progress toward an inclusive, democratically elected civilian government through free and fair elections”. The decision comes as part of “recalibrating” the US aid to Egypt.

Abdel Atty said on Thursday that the US state department’s decision raises questions regarding the US’ readiness to “provide Egypt’s security programmes with strategic and stable support”. The spokesman highlighted what he described as the “dangers and terrorist challenges Egypt is facing”, while stressing that the US state department’s decision remains temporary and doesn’t cut or reduce aid to Egypt.

In its Wednesday statement, the US state department highlighted the “longstanding partnership” and shared interests between both states. It said the US cares about “securing regional peace and countering extremism”.

“The [US] wants to see Egypt succeed,” the statement read. “We believe the US-Egypt partnership will be strongest when Egypt is represented by an inclusive, democratically elected civilian government based on the rule of law, fundamental freedoms and an open and competitive economy.”

Abdel Atty said that Egypt also cares about sustaining a good relationship with the US. He said Egypt shall “independently” take any decisions affecting domestic affairs and will continuously work on securing its “vital needs” especially in issues regarding its national security.

The decision to recalibrate the US aid to Egypt will not affect providing support which “directly benefits” Egyptians in areas such as health, education, and private sector development, the US state department said. It added that assistance in securing Egypt’s borders, countering terrorism and ensuring Sinai’s security will all remain untouched, alongside “US-origin military equipment and military training and education”.

US senior administration officials clarified to the media on Wednesday that the large-scale military systems whose transfer to Egypt would be temporarily halted include: F-16s, M1A1 tank kits, Harpoon missiles, and Apaches. They added that the direct budget support the US will not give Egypt’s interim government equals $260 million. Meanwhile, the officials said, all programmes which directly benefit the Egyptian people and the building of economic institutions will not be halted.

US Secretary of Defence Chuck Hagel conducted a 40-minute long phone interview with his Egyptian counterpart Abdel Fatah Al-Sisi on Wednesday afternoon where they discussed the latest decision regarding halting parts of the US aid to Egypt.

The senior officials described the call as “very good” and “very friendly”, adding that both parties have spoken with each other for over 20 times in the last several months. They added that securing US embassies, facilities and citizens in Egypt were discussed, alongside the importance of continuing to take steps on Egypt’s political roadmap announced by Al-Sisi on 3 July after ousting former President Mohamed Morsi.

The US state department reiterated its support to a democratic transition in Egypt while outlining its opposition to using “violence as a means of resolving differences”. It said the US assistance to Egypt would continue to be “periodically” reviewed.

The US has been rather critical of the Egyptian state’s decision since Morsi’s ouster. On several occasions, the US state department criticised the use of violence by Egyptian authorities against Morsi supporters.

On Tuesday, the White House’s National Security Council spokeswoman Bernadette Meehan said the administration is “deeply concerned” by ongoing violence and that the government in Egypt must allow its citizen to “exercise their universal rights, including free assembly, expression and press.”

Partisan violence in Egypt has increased since last weekend.  Around 70 people from the Anti-Coup Alliance have been killed since Friday, and attacks in Sinai, Port Said and Sharqeya have left at least nine security force members dead.