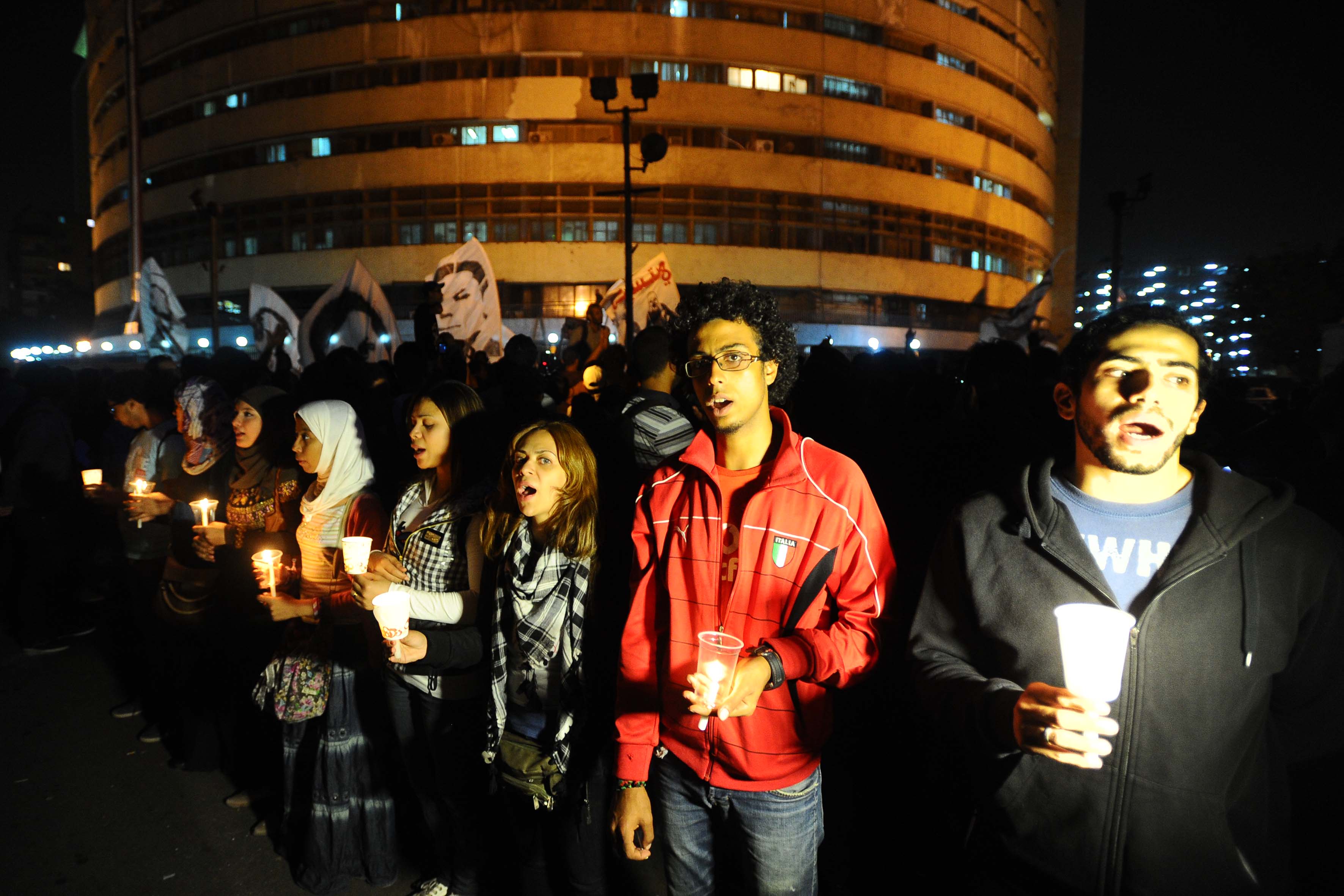 Five political activists remain detained since Wednesday for “chanting against the military and defamation of security forces”. The detained were arrested after attempting to reach Tahrir Square from the Maspero building where a vigil, followed by a march, was held to commemorate the 2011 “Maspero Massacre” where 28 protesters, mainly Copts, were killed by army forces on 9 October 2011.

Ghada Mohamed Naguib, activist and member of Ghad Al Thawra party was the only one to be released. Her release was on bail.

Naguib said on her Facebook page that an army officer ordered them to end the protest in ten minutes, “we were starting to dismiss the youth and our backs were to the Central Security Forces. Suddenly, security forces attacked us, beat us and arrested Shiko and Islam, I ran to the officer to tell him that they did not do anything but were helping to dismiss the youth, he pulled off my veil and pulled my hair – he was an army lieutenant”.

A number of political movements had called for a silent protest in front of the Maspero building on Wednesday in commemoration of the massacre’s second anniversary. The movements included the Egyptian Social Democratic Party (ESDP), the Social Popular Alliance Party (SPAP), the 6 April (Democratic Front) movement and the Revolutionary Socialists.

A vigil was held by a group of about 200 people where they chanted against the army and called for the re trial of those responsible for the massacre. The group also clarified in their chants that they were not Morsi supporters.

Mustafa Al-Haggary, spokesman of the 6 April movement, accused security forces of preventing protesters from entering Tahrir square and harassing them. He claimed that when protesters turned around to head back to Maspero, security forces began randomly attacking and arresting them.

Doa’a Mostafa, a lawyer and member of Al-Tayar Al-Sha’aby coalition said that the detained did not perform any acts of violence and did not assault anyone, asking “when did chanting become a crime?”

Mostafa confirmed that the detained were accused of, “chanting against the military, defamation of security forces, assaulting security personnel and rioting”.

The defendants were presented to the Qasr-Al-Nil Prosecution on Thursday and the session was postponed to Saturday.

The Egyptian Initiative for Personal Rights (EIPR) expressed “deep regret” for the lack of justice in the aftermath of the incident. The group called for the current Prosecutor General to re-investigate the case of the killing of demonstrators and re-examine the involvement of military and police leaders, especially field officers who had given orders during the protest.