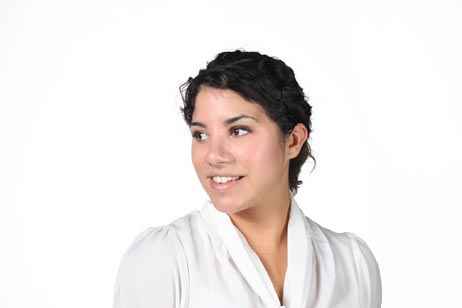 Questions were already being raised about Egypt’s new liberals and whether they really were as democratic as they claimed to be.

But, as Sharif Abdel Kouddous wrote in the Nation recently, “the turning point came on August 14, when the military and security forces brutally cleared the two mass sit-ins in Cairo that formed the epicenter of support for the ousted president”.

For critics of Egypt’s liberals, the killings of hundreds of people confirmed that this collection of non-Islamist groups were out for blood and their sole objective was to suppress the Muslim Brotherhood and banish them from the political sphere.

Effectively, these groups turned their back on the very morals that defined their movement: political pluralism, or the idea that power should be dispersed among a variety of ideological and economic groups.

Hussein Gohar, the international secretary for the Egyptian Social Democratic Party voiced the conflicting emotions of the actions that led to the downfall of Islamist president Mohamed Morsi. Speaking to Abdel Kouddous, he says:

“I think the army was forced to what it did on July 3 and August 14, with the breakup of the sit-ins. But I think the whole thing was handled in the wrong way. And if you say you’re against what has happened, you’re branded a traitor.”

No doubt, the right way would have spared the lives of the protesters. But you can’t have it both ways especially when the motive is to dispose of a president by military coup.

Now the question is, if Egypt’s so-called liberal groups have lost their political compass, how will they approach the challenge of an economic recovery?

The interim government has already shown it is unlikely to brave any sweeping changes to the budget and has instead played a populist card reminiscent of the Mubarak era, by calling for more

spending even at a time when expenditure (particularly on public sector jobs and food and energy subsidies) needs to be reined in.

Some shady characters are also making their way back to the economic decision making scene. Hassan Heikal, who this week formally resigned from Egyptian investment bank EFG Hermes, (though he was quietly replaced as CEO earlier this year, as Rebel Economy reported in February) simultaneously announced his intention to “focus on public service” by “helping devise economic initiatives in Egypt”.

MrHeikal faces charges of insider trading, along with eight other defendants including the Mubarak sons. Even if he is cleared of any wrongdoing, his reputation has been tainted and is the reason the bank gave him the boot (of course the official statement says otherwise and describes him as “an architect of EFG Hermes’s regional expansion”).

But more worrying is the extent to which the liberals’ connection and reliance on the state will impact economic decision making.

As Samuel Tadros, an Egypt expert and a fellow at Hudson Institute’s Center for Religious Freedom, points out in this Time magazine piece, liberalism has a long history with the state:

“In Egypt, liberalism didn’t start as it did in Europe with the emergence of an independent bourgeoisie that sought to limit the powers of the state and other entrenched institutions.

In Egypt, liberalism was born with the rise of the civil-servant class in the mid–19th century. Since civil servants are a part of the state, this liberalism is not at all interested in limiting the role of the state.”

Even at the height of the revolution, when the Islamists combined forces with the liberals, the state could not be broken completely.  And of course, the security apparatus is again acting with impunity.

That is already impacting political decisions that will undoubtedly have economic ramifications.

For one, Kamal Abu Eita, a longtime unionist turned politician (he’s now minister of manpower and migration) appears to have been co-opted by the military to the detriment of an already struggling labour movement.

After first applauding the armed forces’ move to overthrow Morsi, he has since taken steps to sack key members of the country’s trade union federation reportedly because they were Muslim Brotherhood members.

And Mr Abu Eita has already displayed his alliance to the military, by doing little to protect labourers from security crackdowns against two strikes in August, at the Suez Steel Company and at the Scimitar Petroleum Company.

Of course, labour unions were tossed an olive branch when the government decided to raise minimum wages for all state employees from EGP 700 ($102) to EGP 1,200 ($174) as of January 2014, but that wasn’t good enough for many local and international trade unions. Plus, with spending on public sector jobs already soaring, Egypt officials may struggle to stick to their promise to pay for another increase.

The military did the liberals a favour by wiping out the Islamist presidency, and now they’re paying the price for it by returning the favour through watered down economic policies that adhere to the state and the military.

Could Egypt see a return of Mubarakesque policies that prioritise subsidies on heavy industry (that have not yet been successfully removed), instead of subsidies for the poor?  Will officials continuously promise impossible levels of investment or development in state projects that will inevitably stall, rather than actively implementing economic legislation designed to improve Egypt’s competitiveness?

So far, the liberal interim government has shown it will take the course that the state and the military determines at the expense of the ideology that it stands for and the people it serves.