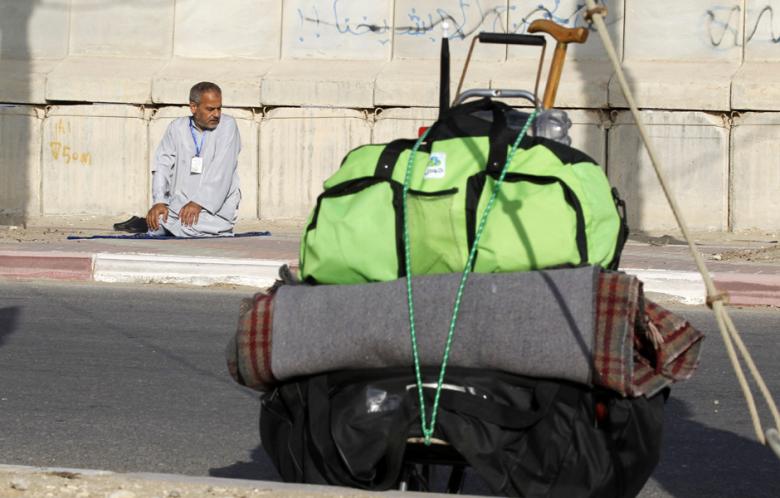 Fatah’s position has been to not interfere in the internal affairs of Arab countries, Fatah’s official spokesperson, Nabil Abu Rudeina, said.

State-run news agency MENA reported on Saturday that Abu Rudeina said that this is also the position of Chairman of the Palestinian Liberation Organization (PLO) Mahmoud Abbas. Fatah is the largest faction in the PLO.

Abu Rudeina reiterated Abbas’s gratitude and appreciation towards Arab countries especially, Egypt, Saudi Arabia and the United Arab Emirates for their roles towards the Palestinian cause. Fatah’s position is with the rights of Arab citizens and with a unified Arab position, he added.

Cairo-Hamas ties on the other hand are far less comfortable. Many claims have recently surfaced, linking Hamas to internal strife in Egypt.

Egypt’s Minister of Foreign Affairs Nabil Fahmy warned last month that tough responses, including military action, will follow if Egypt feels Hamas is posing a threat to its national security. Fahmy said there were many flaws in the former regime’s relationship with the outside world and added that there are doubts that Hamas is somehow related to “terrorist activity in Sinai.”

Since the ouster of former President Mohamed Morsi on 3 July, Egypt has repeatedly closed the Rafah border crossing which connects the Gaza Strip to the outside world. Egyptian authorities have cited “security reasons” for the closure.

The removal of Morsi was quickly followed by a surge in militancy in the Sinai Peninsula.

Hamas government spokesperson Ihab Al-Ghussein said on 15 September that his government completely rejects the “official and unofficial” accusations of intervention in Egypt’s internal affairs, which he said were “only [made] to demonise Gaza and Hamas”.

The removal of Morsi has also signaled the beginning of more tension between Fatah and Hamas, with the state of polarization in Egypt being reflected between the rival Palestinian factions. The rivals have been hurling accusations at each other for weeks.

Hamas has repeatedly claimed that Fatah officials are involved in a campaign to distort Hamas’ image in Egyptian media. The claim was dismissed by Fatah as a “trifle.” Fatah also accused Hamas of producing insidious broadcasts on the Egyptian people and army.

Disputes broke out between Hamas and Fatah after the former’s victory in the 2006 Palestinian parliamentary elections. Eventually, Hamas took over Gaza in 2007 and Gaza has been under blockade since.