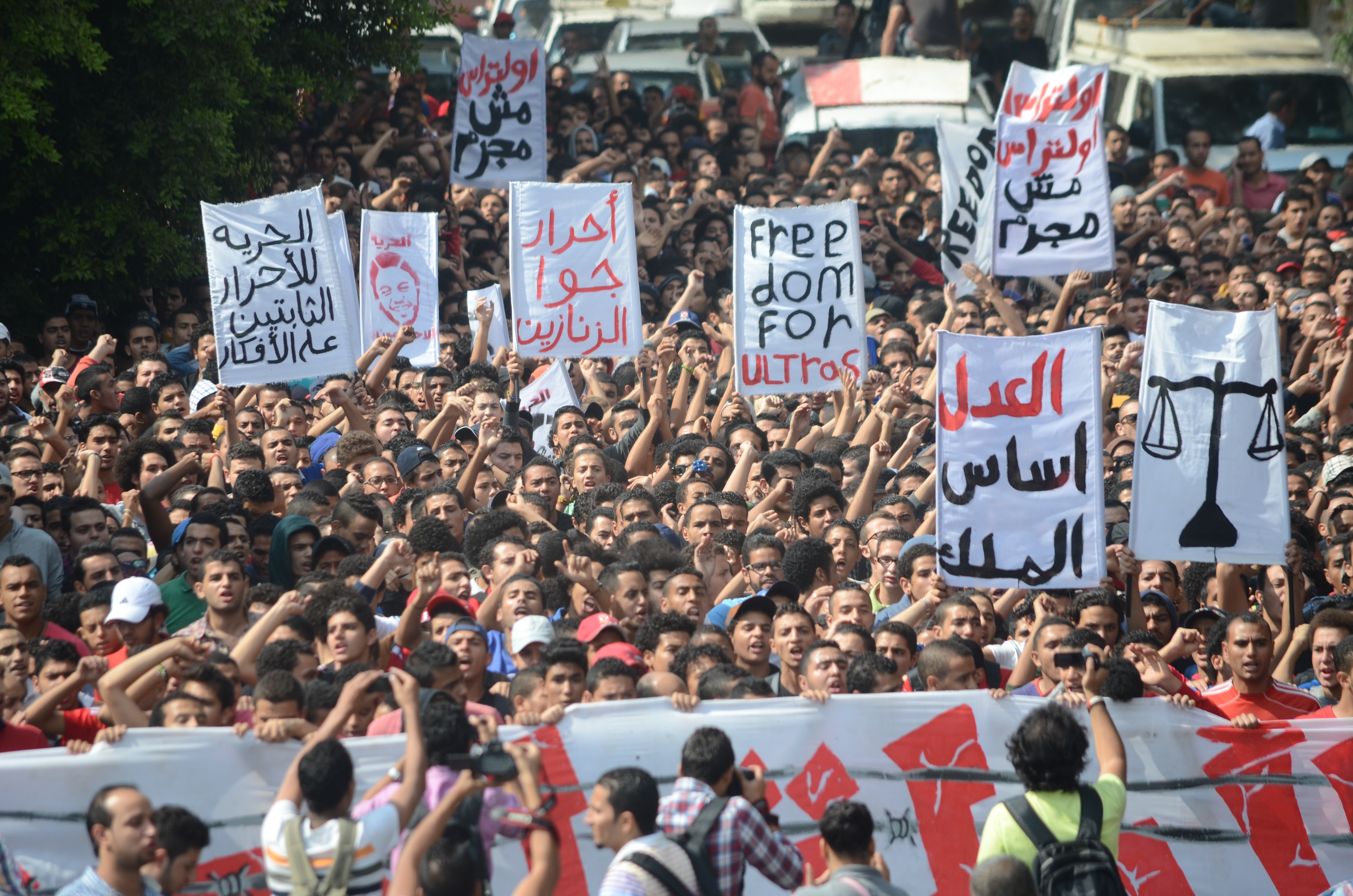 The draft protest law approved by the cabinet and referred to interim President Adly Mansour for ratification should be scrapped and referred back for societal dialogue, political groups and human rights movements said.

Amnesty International criticised the bill in a statement released on Saturday, warning that it would “pave the way for further bloodshed”.  The human rights watchdog organisation said the law would “arbitrarily restrict peaceful assembly” and give security forces the green light to use excessive and lethal force.

The Egyptian Social Democratic Party (ESDP) also criticised the draft law. In a statement released on Friday, the party described the draft law as a “dangerous setback from the democratic path gained since the 25 January 2011 revolution and its second wave on 30 June 2013.”

The law obliges security forces to protect protests, unless in the case of illegal activity, when security forces “in uniform” should disperse the protest. The law bans the use of any force, in dispersing unauthorised peaceful protests, besides water cannons, teargas and batons.

Article 13 of the draft law gives security forces the right to use further force if they are in a position of “legitimate self-defence”, or to defend “financial interests”. Amnesty criticised the vagueness of the article, stating that it might lead to “abusive interpretations” and therefore allow the use of lethal force.

ESDP stated that rather than issuing laws which limit freedoms and restore the oppressive practices of a police state, the state should be more concerned with reforming the security apparatus.

Amnesty International warned that the draft law would be used to ban any protests in support of ousted President Mohamed Morsi or the Muslim Brotherhood.

ESDP pointed out the existence of a tendency within the authorities to see the return of security apparatuses to their oppressive practices under the pretext that Egypt is fighting a war on terrorism. The party added that if the protest law passes under that pretext, it would be an “exploitation of the blood of all the victims … who died since January 2011 to protect democracy”.

“As it stands, the draft law fails to meet international law and standards …”Sahraoui said.

Amnesty stated that international law obliges Egypt to uphold the right to freedom of assembly and prohibits the use of lethal force except when it’s the only alternative to endangering life or experiencing serious injury.

In its statement, the watchdog organisation highlighted that United Nations standards urge security forces to avoid the use of force or minimise it even when dispersing unlawful assemblies which are non-violent. It added that the UN Basic Principles on the Use of Force and Firearms by Law Enforcement Officials only allows security forces to use firearms in cases of “self-defence or defence of others against the imminent threat of death or serious injury” even when dealing with violent protests.

Amnesty International stated that the draft law creates more restrictions on freedom of assembly than the earlier protest law proposed when Morsi was in power.  ESDP reiterated this notion, adding that the new draft law issues unprecedented punishments for protesters to scare them away from exercising their rights.

Article 10 of the draft law allows the Minister of Interior or the concerned Security Director to cancel, postpone or change the route of a protest should either acquire “sufficient information or evidence that protest organisers would breach the protest law”. The draft law proposed during Morsi’s year in power prevented the Ministry of Interior from cancelling protests without resorting to the judiciary.

“The proposed legal regime would subject the right to peaceful assembly to prior authorization by the Ministry of Interior, rather than a procedure of prior notification,” Amnesty’s statement read. “This amounts to an undue restriction on the right to freedom of assembly.”

Amnesty stated that the old draft law did not provide “blanket bans on sit-ins”, unlike the current draft law.

The draft law was also criticised by the Tamarod (Rebellion) Campaign and the Salafi Al-Nour Party on Thursday. They , alongside Amnesty International and the ESDP, called on Mansour to refrain from ratifying the draft law. Tamarod founding member and spokesman Hassan Shahin urged the interim president to refer the bill to the National Council for Human Rights (NCHR).

“Just as we should face terrorist organisations and non-peaceful protests according to the laws, such laws should not infringe upon the people’s right to freely express their opinions,” Shahin said.

Al-Nour Party’s spokesman Sherif Taha stated that the current interim cabinet should not expand its legislative authorities by issuing such laws. Taha said such “dangerous legislations” should be passed by an elected parliament or after “real societal dialogues”.

The interim cabinet, presided over by Prime Minister Hazem El-Beblawi passed the law on 10 October and referred it to the interim President, who is yet to ratify it.