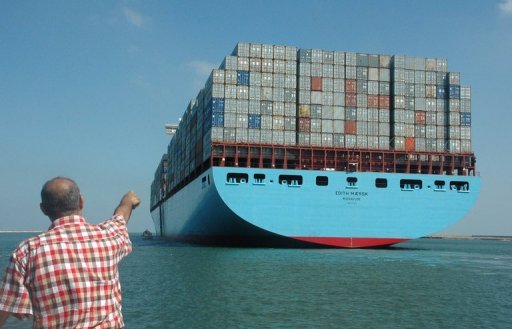 The Ministry of Finance and the Ministry of Industry and Foreign Trade announced that the legislation for exporting companies will be minimised and facilitated using five main criteria. This decision came in light of a meeting between Minister of Finance Ahmed Galal and Minister of Industry and Foreign Trade Mounir Fakhry Abdel Nour on Sunday, 20 October.

In an official statement issued by the Ministry of Finance, the five criteria were identified as: the size of the exporting corporation, the contribution to the national volume of exportation growth, innovation within this enterprise, the connection to other enterprises and other incentives, such as the products’ added value and the local components used in production.

Abdel Nour announced that these new categories apply to all exporting sectors except for those that already face exporting restrictions.

The official statement added that the objective of the meeting was to discuss procedures that will help increase the volume of Egyptian exports during the upcoming period.

Heba Khalil, head of economic research at the Egyptian Centre for Social and Economic Rights (ECESR), said that creating incentives for exporting companies is simply not enough: “There must be a change in the way the trade and investment organisation in Egypt functions.”

“We must have a clear identification for the goods we need to export and the products we can manufacture internally,” she added.

Khalil also stated that there must be a better understanding and study for the trade agreements that Egypt enters into with other countries and investors.

“Due to the unclear and random agreements, Egypt has become one of the top 10 countries worldwide that face international arbitration from unsatisfied foreign investors,” she said.

This trade deficit drop was attributed to a 3.6% rise in merchandise exports to reach $26bn from $25.1bn during the previous year. There was also a 2.9% decline in imported merchandise, from $59.2bn to $57.5bn.

According to the September monthly bulletin issued by the Ministry of Finance, the top exported commodities are petroleum products, registering $12bn, while non-oil exports total $13.9bn.