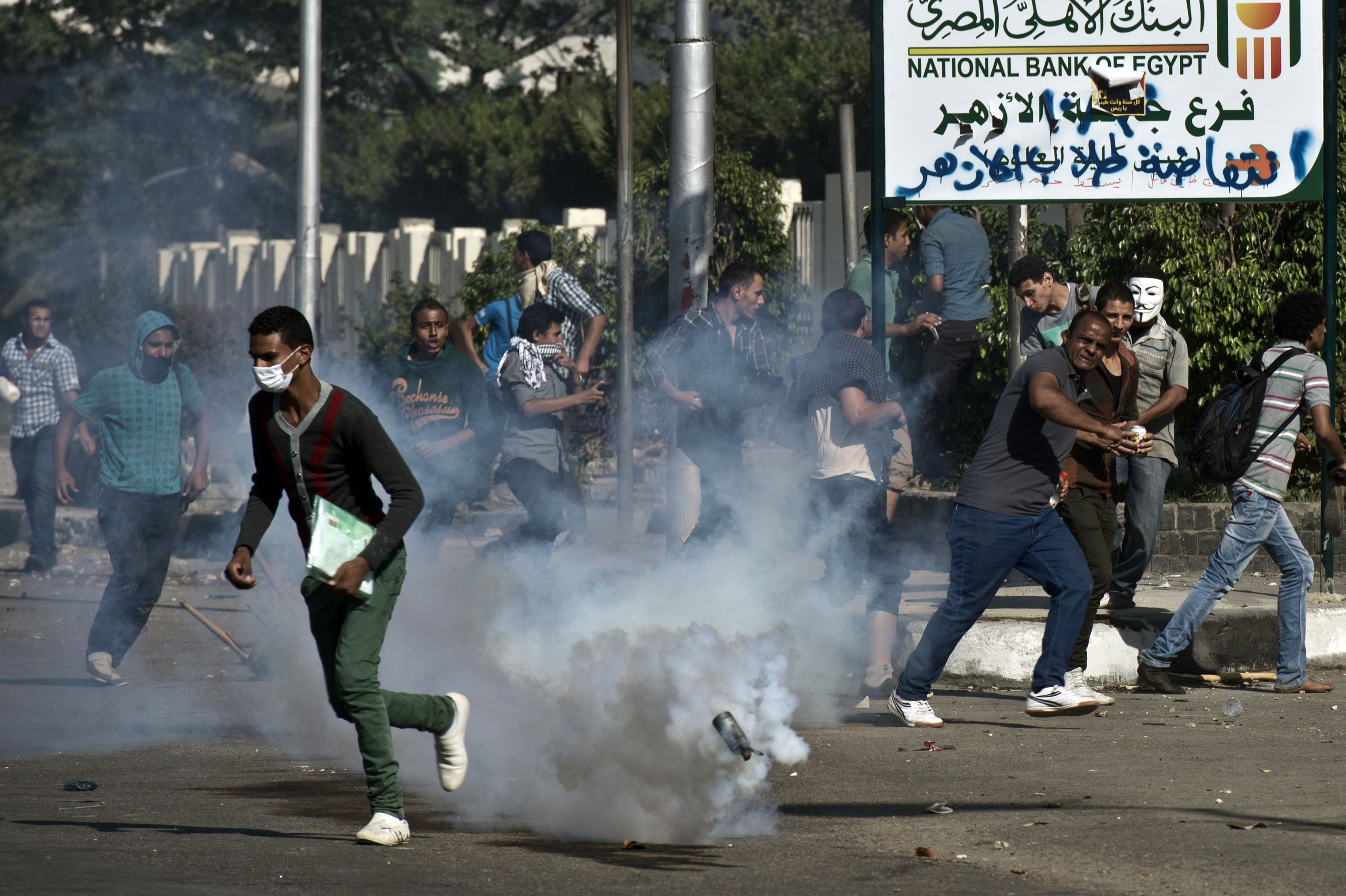 Forty students from Al-Azhar University were interrogated by prosecution on Monday, with inciting riots among other accusations they faced.

The detainees were arrested during clashes that erupted between Al-Azhar students and security forces after a student protest turned violent on Sunday.

The detained students were accused of blocking roads, stalling traffic and inciting riots, according to the Ministry of Interior’s media office. The prosecution inspected the scene of clashes and discovered rocks, birdshot cartridges and teargas canisters, reported state-run Al-Ahram. The prosecution also reportedly noted the burning of the university gate as well as some trees inside campus and the destruction of some offices of university administration employees.

Students rallied outside the administrative building of Al-Azhar University on Sunday before they began moving outside the campus. They then claimed that they found the Al-Nasr road blocked by military personnel.

Al-Azhar University’s student union, mainly dominated by Muslim Brotherhood students, denied the use of violence in a statement released on Sunday evening. The union stated that students were “peacefully” expressing their opinions when “the military security … turned the university into a military barrack” and condemned the alleged use of teargas by security forces inside the campus.

“Maybe the loud truth is now seen as violence in the eyes of the unjust,” the statement read.

The Ministry of Interior, meanwhile, said in a statement released on Sunday that a group of around 3,000 Al-Azhar students blocked the Al-Nasr road amid anti-regime chants. It claimed security forces only fired teargas at the student protesters after it held discussions with them for half an hour, trying in vain to get them to clear the roads. The ministry denied storming the campus.

Al-Jamaa Al-Islamiya and its political wing, the Building and Development Party, condemned the “assault of peaceful Al-Azhar student protesters” by security forces in a statement released on Sunday. The group stressed that “oppressive solutions” would not contribute to solving problems, but would further instigate the crisis.

Al-Jamaa Al-Islamiya is a member of the Anti-Coup Alliance, also known as the National Coalition to Support Legitimacy. The alliance was established in support of ousted President Mohamed Morsi.

Protests by Al-Azhar students inside the university campus resumed on Monday. Ahmed Noor Al-Din, an Al-Azhar student who works with the Association for Freedom of Thought and Expression, said some protesting students closed a number of faculties, including the faculties of pharmacy and engineering. Protesters, however, did not go outside the university campus on Monday.

Student protests in Al-Azhar University are expected to resume throughout the week.

Al-Azhar students began protesting on Saturday, the first day of the university’s academic year, to voice their rejection of what they described as a “military coup”, which led to the unseating of Morsi.