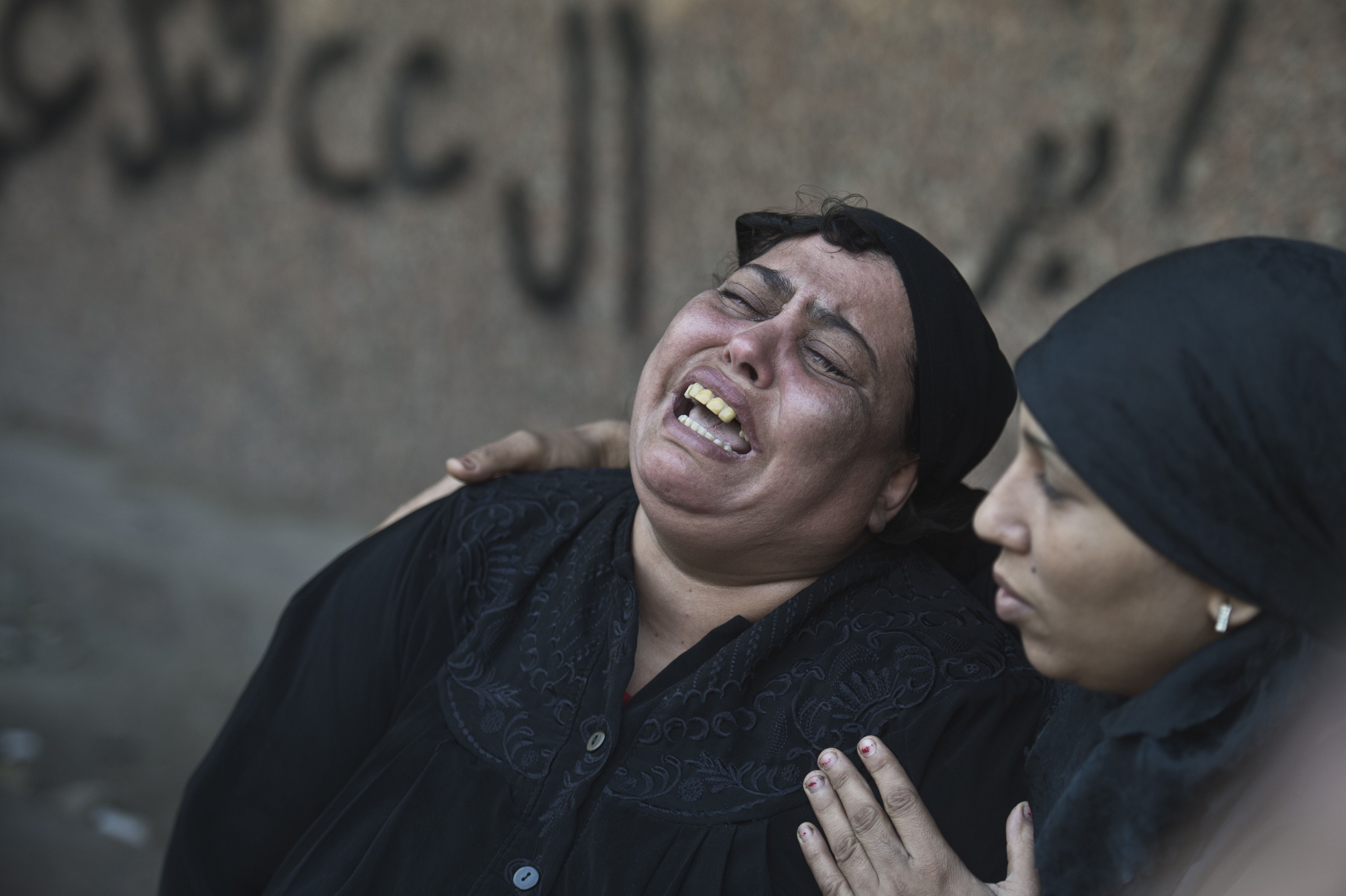 Prosecutor General Hisham Barakat opened an investigation of the church shooting that left four dead and 17 injured at the Virgin Mary Church in the Giza neighbourhood of Al-Warraq.

Unidentified gunmen on a motorcycle opened fire on a wedding at the Coptic Orthodox church on Sunday. Among the fatalities were 8-year-old Mariam Ashraf and 12-year-old Mariam Nabil.

A statement from the Ministry of Interior said that two masked men riding a motorcycle stopped in front of the church and opened fire on attendees of a wedding.

The interior ministry told Daily News Egypt on Monday that police were still working to find the unidentified assailants.

The injured were transferred to Sahel Hospital and the Nasser Institute, according to state-owned MENA.

The funerals of the deceased were scheduled to take place on Monday afternoon at the same church where the attack occurred.

The Coptic Orthodox Church released a statement on Monday denouncing the attack “targeting innocent Egyptian citizens with the right to live in peace and security.” The Church added that the country was going through a period in which national cohesion was being restored.

Egypt’s Grand Mufti Shawqy Allam strongly denounced the attack in a statement saying that such attacks on Christians and churches were forbidden in Sharia and the teachings of the Prophet Muhammad. He called on Christians and Muslims to unite against sedition and that “every drop of blood spilled represents a great loss to the nation,” and offered condolences to the families of the victims. The Grand Imam of Al-Azhar Ahmed Al-Tayeb also condemned the attack, saying that it was contrary to religion and morality, and paid condolences to the families of the victims.

Interim Prime Minister Hazem El-Beblawi described the shooting as a “cowardly criminal act”, and called on urgent medical care for the injured, adding that security forces were working to uncover the details of the incident.

The Salafi Al-Nour Party condemned the attack, affirming the “sanctity of bloodshed, whether Muslim or Coptic.” Spokesman for the party Sherif Taha said that such incidents could lead to strife, and called on the interim government to quickly investigate the crime and bring the perpetrators to justice.

Al-Jamaa Al-Islamiya and its Building and Development Party denied a role in the attack, according to state-owned Al-Ahram, and condemned the assault on the wedding “whatever the motives.”

The Anti-Coup Alliance also condemned the attack, advocating the sanctity of all places of worship and private and public property. The group, which has called for the return of ousted president Mohamed Morsi, held the Ministry of Interior responsible for its “lack of dedication to achieve security of Egyptian citizens” and called for swift investigations.

Hussein Ibrahim, secretary general of the Muslim Brotherhood’s Freedom and Justice Party, said in a statement that his party rejected attacks on any establishment or taking up arms against other Egyptians.

The Muslim Brotherhood’s press office in London accused the “military backed authorities” of turning a blind eye to “deliberate acts of arson, vandalism, and murder.”

The Free Egyptians Party (FEP) said that the “militias of the fascist and racist Brotherhood” were seeking to burn the country and “promote an environment of chaos, discord, and loss of innocent lives.” The FEP also called on the interim government to “stop courting and appeasing [the Muslim Brotherhood]”, which it accused of aiming to paralyse life in Egypt.

Al-Tayyar Al-Shaaby also condemned the killings “in the strongest terms” saying that attacks would not “succeed in tearing the unified national fabric” and driving a wedge between Egyptians.

The Egyptian Organisation for Human Rights (EOHR) called for quick investigations into the attack and the disclosure of the identities of the perpetrators. EOHR head Hafez Abu Seada considered the attack “an assault on freedom of belief and worship according to all norms and laws.”

Secretary-General of the Arab League Nabil El-Araby extended condolences to the families of the victims, saying such a tragedy would work to create a more cohesive Egyptian society.

France’s Ministry of Foreign and European Affairs called the attack a “heinous crime” in a press release, expressing “deep concern” regarding violence targeting Copts that “led to the destruction of dozens of churches and Christian institutions.”

“Freedom of religion and belief is a fundamental right guaranteed by the International Covenant on Civil and Political Rights,” said the French ministry. “As the entire region goes through this delicate historical phase, France is closely monitoring the situation of Eastern Christians.”

Coptic rights group the Maspero Youth Union called for a noon Tuesday protest at the cabinet building in downtown Cairo, demanding the trials of Minister of the Interior Mohamed Ibrahim and local security officials for failure to carry out duties and stop the current wave of sectarian violence. The group also called for the speedy arrest and prosecution of offenders, the development of a plan to protect churches, compensation for the families of those who had died and the injured, and the “cleansing” of the interior ministry of all Muslim Brotherhood members.

The group also held the government of interim Prime Minister Hazem El-Beblawi responsible for its failure to protect Christian citizens from repeated attacks that have occurred since the dispersal of pro-Morsi sit-ins at Rabaa Al-Adaweya and Nahda Square. They also highlighted that Minister of Interior Mohamed Ibrahim was also head of the ministry when violence erupted at Saint Mark’s Cathedral in April.

While sectarian violence against Egypt’s Christians dramatically intensified in August following the dispersals of pro-Morsi sit-ins, most attacks occurred in rural areas and Upper Egyptian towns. The shooting on Sunday night was the first major attack on a church in Cairo since Morsi’s ouster.

Civil society and human rights groups had condemned sectarian rhetoric used by some Islamist groups in recent months and criticised the security apparatus for failing to protect Christian places of worship and being ineffective and slow to find and prosecute perpetrators of such actions.

A report by Amnesty International entitled “How Long Are We Going To Live In Injustice?” issued earlier this month detailed the failure of the police and military to keep angry mobs from destroying churches, monasteries and the property of Christians.

The Egyptian Centre for Public Policy Studies (ECPPS) filed a report saying that August was the worst month of sectarian violence in modern Egyptian history.