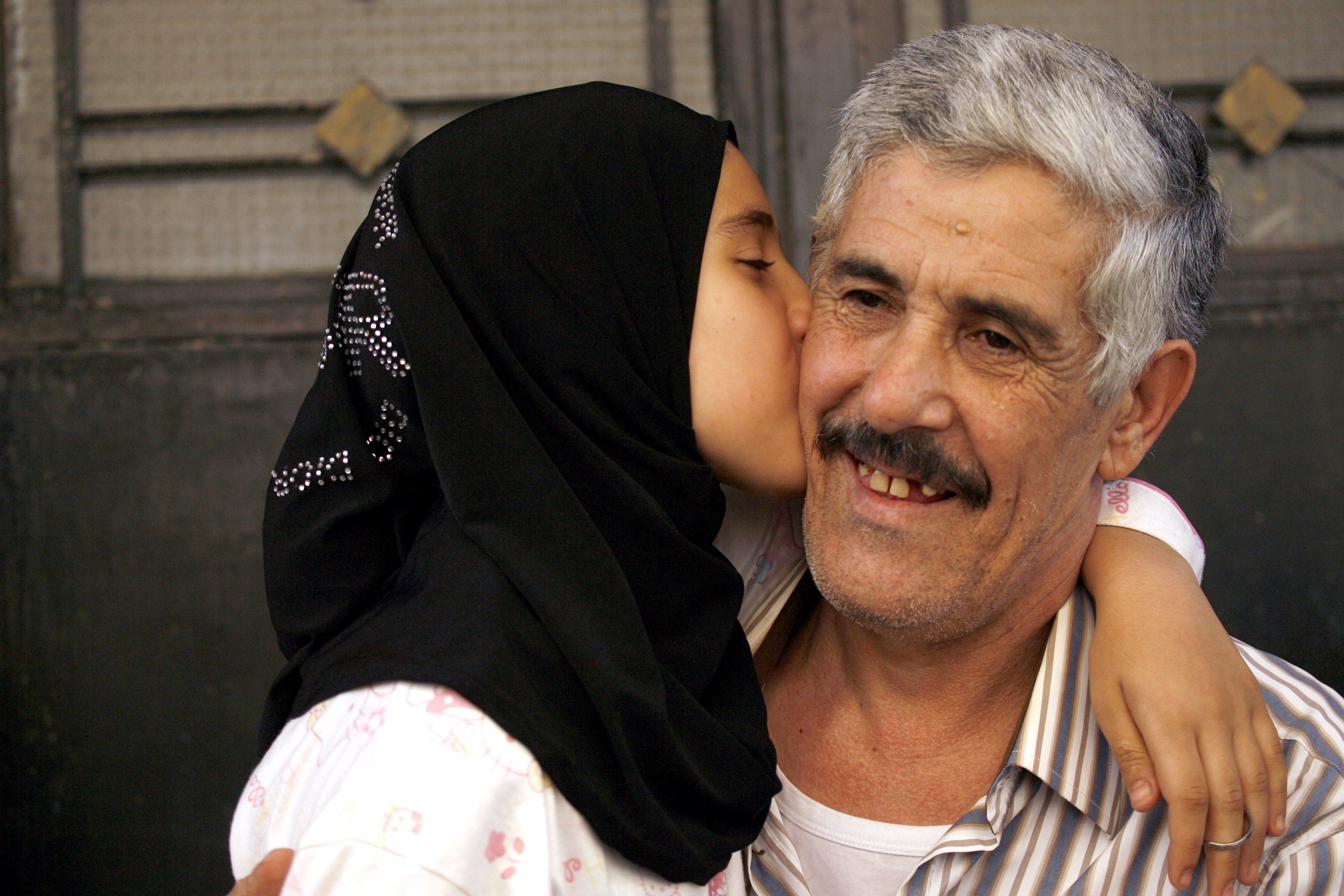 AFP- Lebanese ex-hostage Ali Termos says his Syrian rebel captors moved him 13 times during his 17-month ordeal, constantly stringing him along with the lie that freedom was hours away.

“My nerves were wrecked. I counted that we were moved 13 times, maybe more,” he said in his living room, hours after his release and return home late Saturday via Turkey.

“They told us we would be freed 100 times. But they were lying, they would move us and then there was no release. It tormented our morale,” he told AFP.

Termos was among 11 Shia men abducted by rebel fighters in northern Syria in May 2012 as they were returning from a pilgrimage to a Shia sacred site in Iran along with female relatives.

They had travelled by bus through Turkey and were heading home when rebels fighting to oust the Syrian regime seized them just a short distance away from the border crossing into Lebanon.

The gunmen ordered all 11 Shia male pilgrims off the buses but let the women continue on their journey. Two men were subsequently freed.

The nine others returned home at the weekend thanks to a deal mediated by Qatar and Turkey, which also led to the freedom of two Turkish pilots who had been seized in Beirut in August in a tit-for-tat abduction.

Back home in Beirut’s southern suburbs, a bastion of Lebanon’s powerful Shia movement Hezbollah, Ali is surrounded by his wife, his three children and a sea of well-wishers.

They have come in waves to congratulate him on his safe return from Syria, flooding his house all day on Sunday.

The house is decked in yellow balloons and relatives offer coffee and platters of sticky-sweet cakes to express their gratitude for such compassion and Termos’ return.

Termos recalled how they were moved to various rebel positions near the Turkish border, including a tent under scorching heat and a room with bare essentials.

The men only had the clothes on their backs which they washed and put out to dry, he said.

Cooking was also an ordeal.

“One of our captors asked me ‘What will you say about us after you are released?’ I did not answer.

“What can I say about someone who abducted me and deprived me of my wife and my children? That he was feeding me?”

Ali Abbas had harsher words for his captors.

“They are not Sunnis, or Shias, or Christians or humans either,” said the young man who also returned home on Saturday after 17 months in captivity.

Well-wishers have also thronged his family home and his parents are greeting them and offering juice and cake to mark the occasion. Flowers and multi-coloured balloons festooned the house.

“You know psychological and moral abuse and undermining people’s dignity is worse than physical abuse,” he said.

“Our worst fear was fear itself,” Abbas added.

“Eleven of the sites they took us to were totally destroyed in bombardment and blasts and many times we thought the would kill us,” he added.

But both Termos and Abbas said they were not beaten or tortured by their captors.

Abbas said their fate changed on Thursday when their captors forced them to don bags over their heads and drove them to an unknown destination.

They were taken into a room where a man awaited them, saying “‘You are safe inside Turkish territory,'” said Abbas.

“It was a wonderful moment. I cannot describe it, but those words changed everything.”

Lebanese officials have said the men were freed on Friday and taken to Turkey the following day before their return to Lebanon.