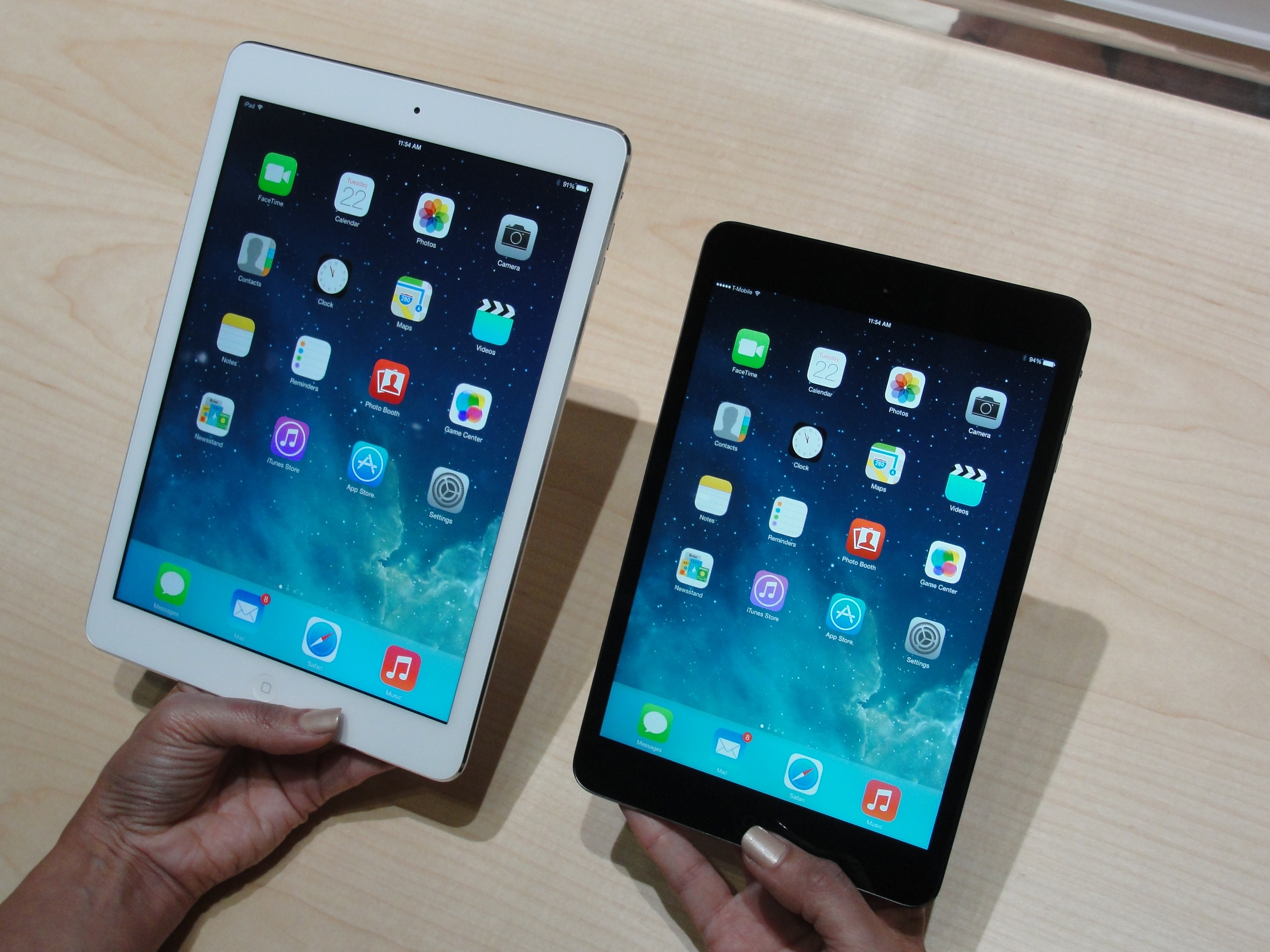 AFP – Apple has unveiled the “iPad Air”, a slimmer version of its top-selling full-size tablet, and a revamped iPad Mini, bidding to fend off rivals who have eroded its market dominance.

Some analysts, however, were upbeat after the US tech giant unveiled upgrades to its tablet devices, notebooks and desktop computers along with free software to sweeten the deal.

“It is going to be a really strong holiday for Apple,” Gartner analyst Van Baker said of the California company’s prospects of sales during America’s important holiday shopping season.

“The highlight of the day is the breadth of Apple’s announcement; this is apps, tablets, MacBooks, Mac Pro, software… It is very wide ranging,” he said, after spending some hands-on time with the latest devices.

The new iPads will be sold alongside existing versions starting 1 November in more than 40 markets around the world. For the first time, China will be among the countries getting the latest iPad models on launch day.

The new iPad Air is thinner than the version it replaces, weighs just one pound (450 grams), and is “screaming fast,” Apple vice president Phil Schiller said at the unveiling in San Francisco.

And the upgraded iPad Mini has a vividly rich retina display along with faster computing power and graphics.

Both new iPads feature the Apple-designed A7 chip with 64-bit “desktop-class architecture,” the company said.

Apple chief executive Tim Cook said he was not troubled by competition in the tablet space, despite the iPad losing share in the sector in recent times.

“Everybody seems to be making a tablet,” he told the audience. “Even some of the doubters are making them.”

But he said that notwithstanding sales figures, “iPad is used more than any of the rest, and not just a little more, a lot more.”

The iPad “is used over four times more than all of those other tablets put together, and this is what is important to us. People use it, and what is even more important to us, is people love it,” he said.

The iPad Air will start at $499 and the new Mini version at $399 for US customers. Apple will trim prices of current iPad models.

Apple announced upgrades for its MacBook line of notebooks and Mac Pro desktop computer, and its new operating system called Mavericks would be available as a free upgrade for those with existing Apple computers.

In a strategic shift, Apple also said that iWork and iLife software suites — for tasks from video editing to mixing music and making business presentations — would be free with all its devices.

“These are really incredibly rich apps, and we have only just scratched the surface of what you can do with them,” Cook said.

“We are turning the industry on its ear; because we want our customers to have our latest software and access to the greatest new features.”

Baker said this was a smart move which can drive sales of hardware along with posing a threat to Microsoft’s empire, which is built on selling operating systems, productivity applications and other software.

Like Google does with its online array of Docs applications, Apple will be making available for free the productivity software that Microsoft sells to users of Windows-powered computers.

“That is Apple’s business model to a T, make software and services free and let them drive sales of the hardware,” Baker said.

“The iWork suite will be a bit of a Trojan horse, like Google Docs is, against Microsoft.”

The new iPads were unveiled on the same day Microsoft began selling an upgraded version of its Surface tablet, and as Nokia unveiled its own tablet computer.

The iPad remains the largest-selling tablet, according to surveys, but its market share is being weakened by rivals using the Google Android operating system.

Apple is also under pressure to adapt to the popularity of premium tablets with high-quality screens in the seven- to eight-inch (18- to 20-centimetre) range where the Mini competes.

But Apple is also raising the price for the new Mini, unlike competitors, which Dawson said means Apple’s share in tablets will continue to fall as Android’s share rises over the coming years.

Apple shares fell 1.5% to end at $519.87 but were regaining lost ground in after-market trades.