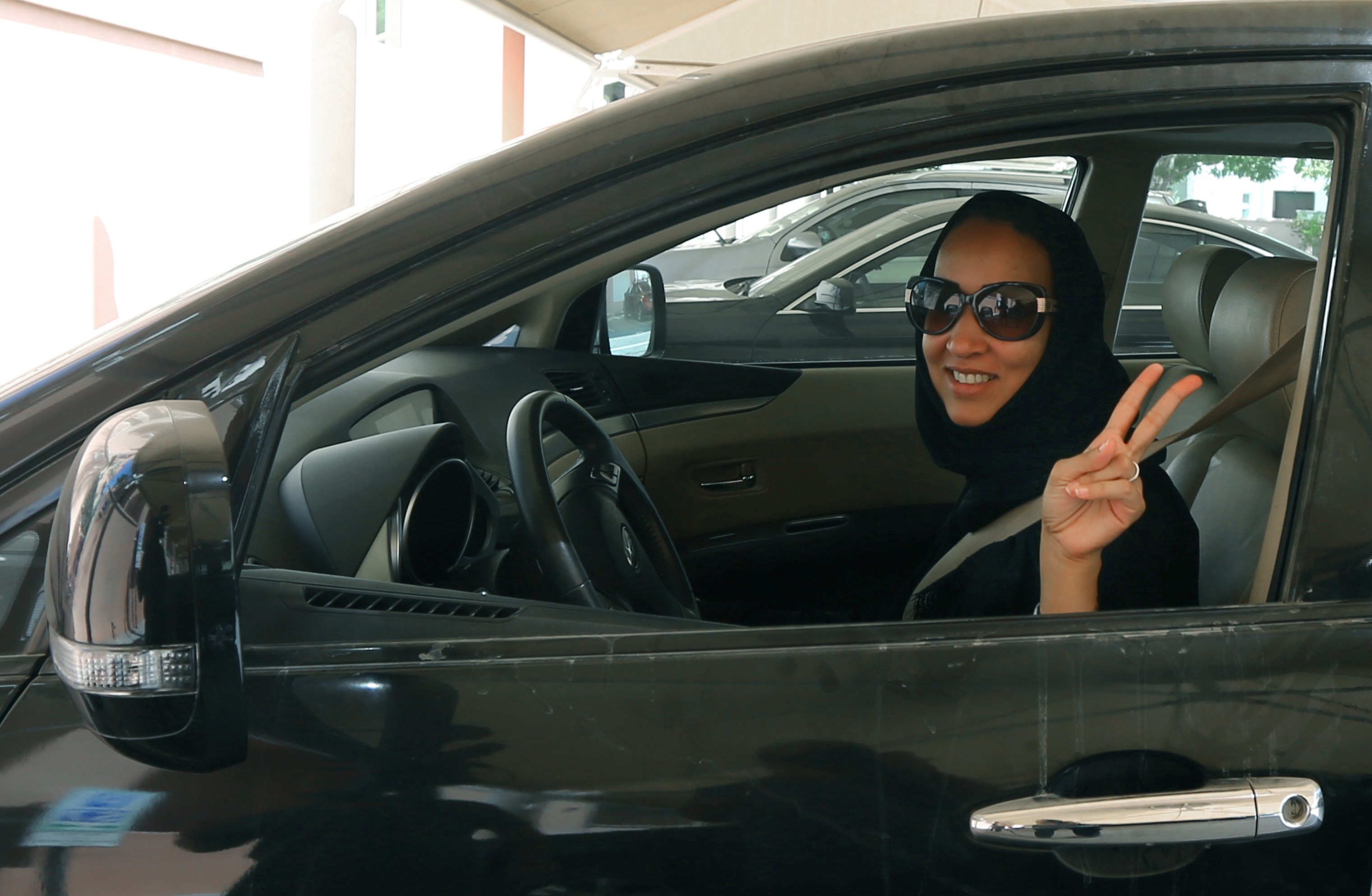 AFP – Saudi female activists are gearing up to test a long-standing driving ban, with more defiant women already getting behind the wheel as the authorities seem to be taking a more lenient approach.

Under the slogan “women’s driving is a choice,” they have called on social networks for a turn-out on Saturday in a campaign in the world’s only country that bans women from driving.

“26 October is a day on which women in Saudi Arabia will say they are serious about driving and that this matter must be resolved,” said Manal al-Sharif, who was arrested and held for nine days in May 2011 for posting an online video of herself behind the wheel.

In a protest she led the following month, a number of women were stopped by police and forced to sign a pledge not to drive again.

The 34-year-old computer engineer who now lives in Dubai told AFP women have already begun responding to the call, and “more than 50 videos showing women currently driving” have been posted online during the past two weeks.

With the exception of two women who were briefly stopped by police, authorities have so far not intervened to halt any of the female motorists.

This, combined with what seems to be more social acceptance to the new phenomenon, is encouraging more women to get behind the wheel along major roads across the kingdom.

A video posted on social networks this month shows a fully veiled woman driving in Riyadh as male motorists and families give her the “thumbs up” in support.

“There will be a 26 November, 26 December, a 26 January, until authorities issue the first driving permit to a Saudi woman,” said Sharif.

To reduce the risk of accidents, only women who have driving licences issued abroad are being invited to participate in the campaign. Obviously, none are issued in Saudi Arabia.

Dangerous for the ovaries?

But conservative religious figures are still opposed to women driving.

A Saudi cleric’s warning last month that driving was dangerous to the health of women and of their children sparked an online wave of mockery.

“Physiological science” has found that driving “automatically affects the ovaries and pushes up the pelvis,” Sheikh Saleh al-Luhaydan warned in remarks to news website Sabq.org.

“This is why we find that children born to most women who continuously drive suffer from clinical disorders of varying degrees,” he said.

One female tweeter retorted: “When idiocy marries dogma in the chapel of medieval traditions, this is their prodigal child.”

“What a mentality we have. People went to space and you still ban women from driving. Idiots,” said another comment.

Women who have been calling for three decades for the right to drive in the ultra-conservative kingdom have learned that public gatherings can get them in trouble in the absolute monarchy where any protests are officially banned.

In 1990, 47 women were arrested and punished after demonstrating in cars. The Minister of Interior subsequently banned women from driving but no law was ever promulgated.

This time, “there will be no demonstrations or rallying points,” activist Aziza al-Youssef told AFP.

Youssef spoke of “positive indications” from authorities. In particular, she cited the chief of the notorious religious police, Sheikh Abdullatif al-Sheikh, and Justice Minister Mohammed al-Issa affirming this year that no religious text bans women from driving.

Even so, Saudi Arabia’s appointed advisory Shura Consultative Council rejected on 10 October a move by three female members to put the ban up for discussion.

Activists argue that driving does not violate Islamic law (Sharia) as claimed by conservatives who support the ban.

“Just as wives of the [Muslim] Prophet [Muhammad’s] companions travelled on camel and horseback, it is our right to drive using the transportation means available during our modern era,” activists said in an online petition linked to Saturday’s campaign.

The petition has amassed more than 16,000 signatures since September, despite being blocked only two weeks after its launch.

In another argument, activists point to the kingdom’s underdeveloped public transport system and say many families cannot afford to hire drivers.

Women’s rights have always sparked controversy in the kingdom.

King Abdullah’s appointment of 30 women to the 150-member Shura Council in January drew protests from radical clerics in the kingdom.

His predecessor, King Saud, had to dispatch troops to protect the first girls’ school in the 1960s.

For Sharif the campaign aims to push women in the kingdom to demand “rights which are even more significant than the right to drive.”

Diplomats at a UN review of Saudi Arabia’s human rights record on Monday condemned the kingdom’s failure to abolish a system requiring women to seek permission from male relatives to do basic things such as leave the country, and criticised the ban on driving.

Saudi women, forced to cover from head to toe, still need permission from a male guardian to travel, work and marry.