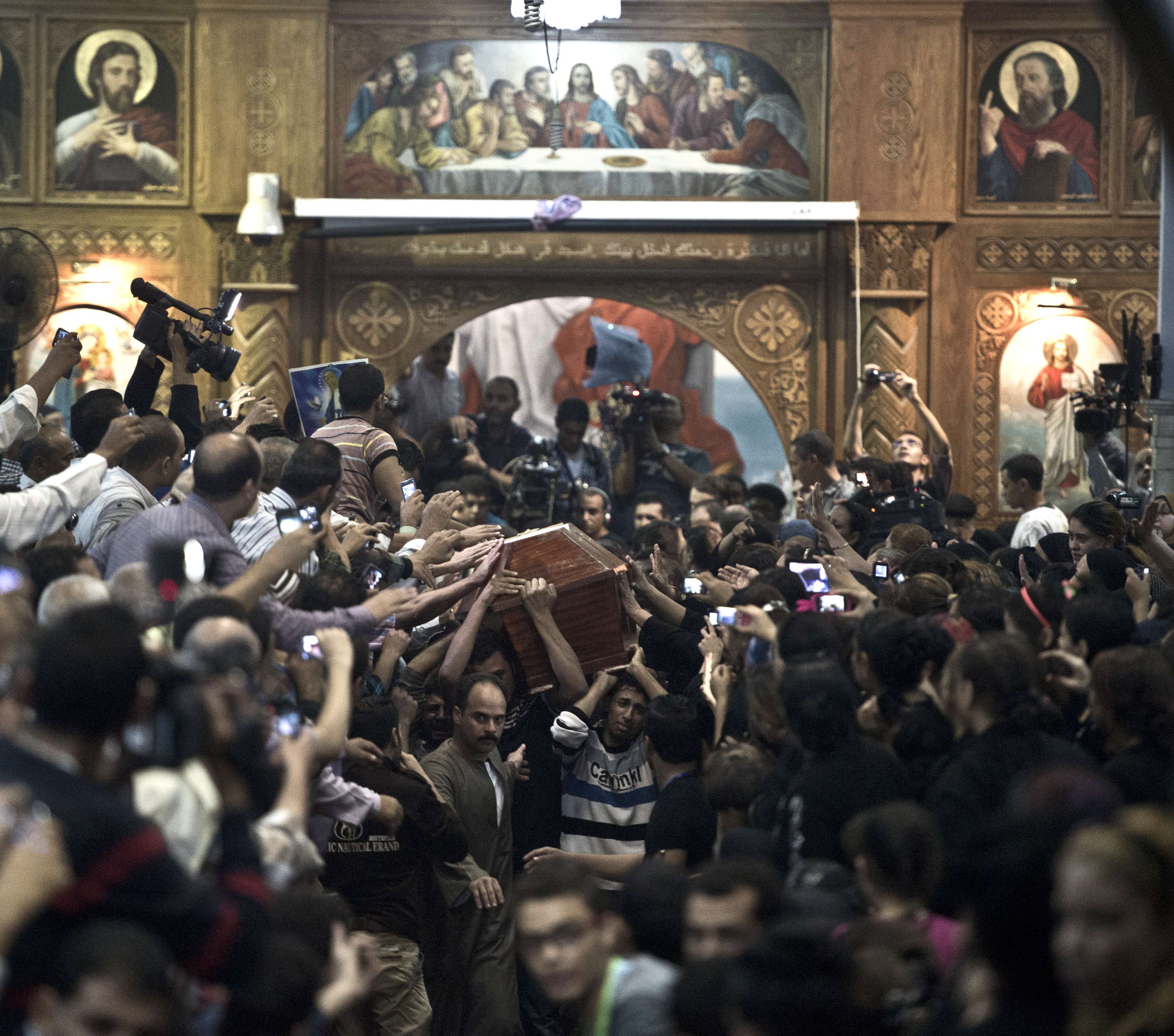 During his weekly sermon on Wednesday, leader of the Coptic Orthodox Church Pope Tawadros II, said: “We pray for those who were killed and injured as well as who killed the happiness of the innocent.” Those comments are the Pope’s first since the attack on Virgin Mary Church in the Giza neighbourhood of Al-Warraq.

Unidentified gunmen on a motorcycle opened fire on people attending a wedding at the  church on 20 October, killing four and wounding seventeen others. Among the fatalities were 8-year-old Mariam Ashraf and 12-year-old Mariam Nabil.

“The door of repentance is still open for them [the attackers], and we pray for Egypt so that God will protect it,” the Pope stated.

The attack raised questions relating to the performance of the Ministry of Interior and the benefits of the State of Emergency, especially after some NGOs condemned what they described as “state slackness in protecting Christians”.

Minister of Social Solidarity Ahmed El-Boraei visited the Virgin Mary Church in Al-Warraq on Tuesday to offer condolences during the aftermath of the attack. The minister pledged EGP 5,000 for the families of the four killed and EGP 1,000 for those who had been injured in the shooting, according to state-owned Al-Ahram.

Prosecutor General Hisham Barakat opened an investigation of the church shooting, the assailants of which are still unknown.

Pope Tawadros II was part of the alliance that supported the ousting of former President Mohamed Morsi by the military on 3 July 2013.