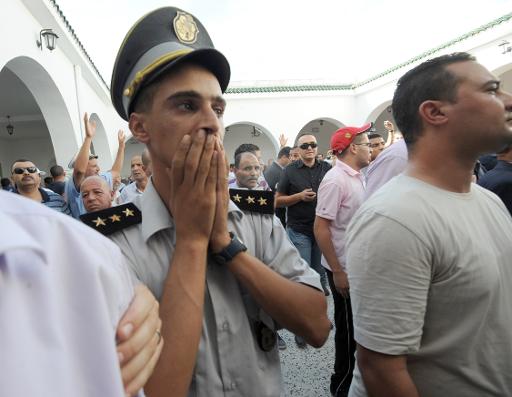 A quantity of TNT and ammonium nitrate substances frequently used in homemade explosives were also found, he added.

Security forces made the discovery at Sidi Ali Ben Aoun, a locality in the central Sidi Bouzid region, at the site of Wednesday’s deadly fighting, which erupted when the National Guard was preparing to raid a house where the suspected Islamists were hold up.

Six guardsmen and one militant died in the ensuing firefight, with Aroui saying another assailant was arrested and one was on the run.

The car was registered in the name of someone from Goubellat, a town in the Beja region 70 kilometres west of the capital, where nine militants were killed last week in a military operation launched after an attack that left two policemen dead.

“There is a link between the operation in Goubellat and the one in Sidi Ali Ben Aoun,” the ministry spokesman said.