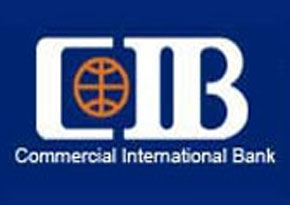 Egypt’s Business Directory evaluated and compared the performance of  banks nationwide, and named the top five. From a total of 39 banks, CIB tops the list, registering $1.5bn in revenues, with profits of $319.4m.

The report compared the banks using four main categories: market value, revenues, profits and the value of assets owned by each.

“CIB’s effective risk management and strong track record bode well in the face of a difficult economic and credit environment. The bank has a commanding position in the Egyptian market as one of the largest and most successful private sector banks,” credit rating agency Capital Intelligence (CI) previously stated.

The National Societe Generale Bank (NSGB) ranks second with $522.5m in revenues and $222.8m in profits. The bank’s assets registered $9.6bn and its value was reported to be $2.3bn.

The report stated that NSGB is currently the fastest growing bank in Egypt. The lender’s revenue growth shows a 1.1% increase and the profit growth around 11.3%. The bank’s loan growth is reported to be 11.9%.

“NSGB sustained its strong bottom-line performance with net profits of EGP 950m for 1H13 [first half of 2013], 21% growth compared to 1H12, with decent growth across all the revenue streams,” the bank said in a statement issued on 10 July.

Faisal Islamic bank of Egypt, the only Islamic bank to make the list, ranks fourth, with $206.1m in revenues and $91.7m in profits. The Islamic bank’s market value is recorded at $91m and the value of the assets owned by the bank is around $6bn.

The Union National bank ranks last, with revenues registering $67.8m and profits at $4.7m. The bank’s market value is $95.5m and the value of assets around $771m.

Despite the economic struggles Egypt has been witnessing since the 2011 uprising, the banking sector seems to be the most resilient with regards to these challenges.

Thirty-four companies made Forbes’s Middle East Power 500 list. The CIB ranks second among companies in Egypt and 50th in the Middle East region, followed by the NSGB, ranks 70th among banks in the entire region.

Credit Agricole Egypt ranks 11th among companies in the country and 150th in the Middle East region, while Faisal Islamic Bank ranks 13th among Egyptian companies and 194th relative to the entire region.