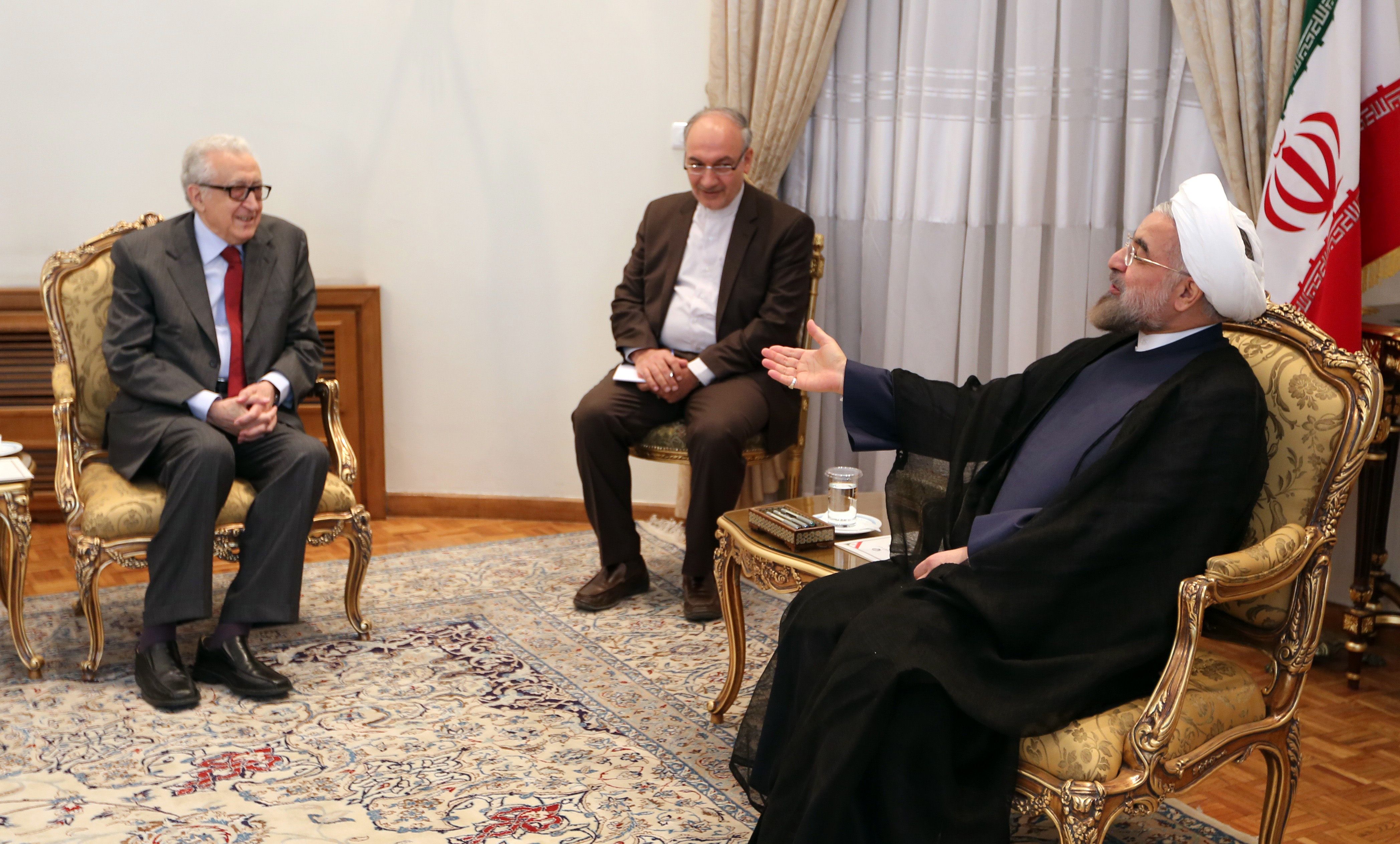 Powerful armed groups in Syria said attending peace talks or negotiating with the regime would be an act of betrayal, as fighting raged on Sunday near Iraq and in Homs.

The joint declaration by the 19 Islamist groups fighting to topple President Bashar al-Assad cast further doubt on whether the long-delayed peace talks dubbed “Geneva 2” will actually go ahead.

It also comes as the UN-Arab League peace envoy to Syria, Lakhdar Brahimi, prepares to travel to Damascus on Monday, according to pro-regime newspaper Al-Watan.

“We announce that the Geneva 2 conference is not, nor will it ever be our people’s choice or our revolution’s demand,” the groups said in a statement read out by Suqur al-Sham brigade chief Ahmad Eissa al-Sheikh in a video posted online.

“We consider it just another part of the conspiracy to throw our revolution off track and to abort it.”

The 19 rebel groups warned that anyone who went to such talks would be committing “treason, and … would have to answer for it before our courts”.

The statement comes weeks after dozens of major insurgent groups across Syria said the Western-backed opposition umbrella grouping, the National Coalition, had “failed”.

The Geneva talks slated for next month aim to bring rebel and regime representatives to the table in a bid to seek a negotiated end to the Syrian conflict, which is estimated to have killed more than 115,000 people since it erupted in March 2011.

The National Coalition is to meet on November 9 to decide whether to take part in the peace talks but has stated emphatically it will only attend if there are guarantees Assad will step down.

Its leader Ahmad Jarba also said this week that no talks can take place unless women and children held in regime jails are freed.

Assad for his part has said “the factors are not yet in place” for such talks, and he has repeatedly rejected negotiations with any group with ties to the rebels or to foreign states.

Brahimi is expected to arrive in Damascus Monday, as part of a regional tour aimed at gathering the support needed for the talks, according to pro-Damascus newspaper Al-Watan.

He was last in Iran, where he said the participation in Geneva 2 of Assad’s main regional ally Tehran would be “necessary”.

On Syria’s eastern frontier with Iraq, Kurdish militia took over most of the town of Yaarubiyeh a day after they routed jihadists from the border post, said the Syrian Observatory for Human Rights.

By Sunday, the Kurds had “near-total control” over the town, said the group, adding that fighting was still raging in the south of Yaarubiyeh.

The Islamic State of Iraq and the Levant (ISIL), an Al-Qaeda front group fighting the Kurds there, called on jihadists to join them in the fight over Yaarubiyeh, said the Britain-based Observatory.

The opposition Coalition on Saturday said that Iraq’s government, which does not want Assad to fall, “continues to interfere with Syria’s internal affairs”, and that its troops “shelled” the border post at Yaarubiyeh in cooperation with the Kurdish fighters.

The Observatory said the allegations were unfounded.

In the central province of Homs, battles pitting rebels against regime troops as opposition fighters pushed an advance to take over major weapons depots in the area.

One of the battlegrounds is Sadad, a Christian town in the province where shelling killed two men and three women from the same family.

The Assyrian Human Rights Network appealed Saturday to fighters on both sides “for an immediate ceasefire” in Sadad.

Such a ceasefire “is needed, even if just for a few hours, to evacuate the killed and wounded civilians, and to bring in medicines, water and other humanitarian supplies to the civilians trapped in their homes since last Monday”.