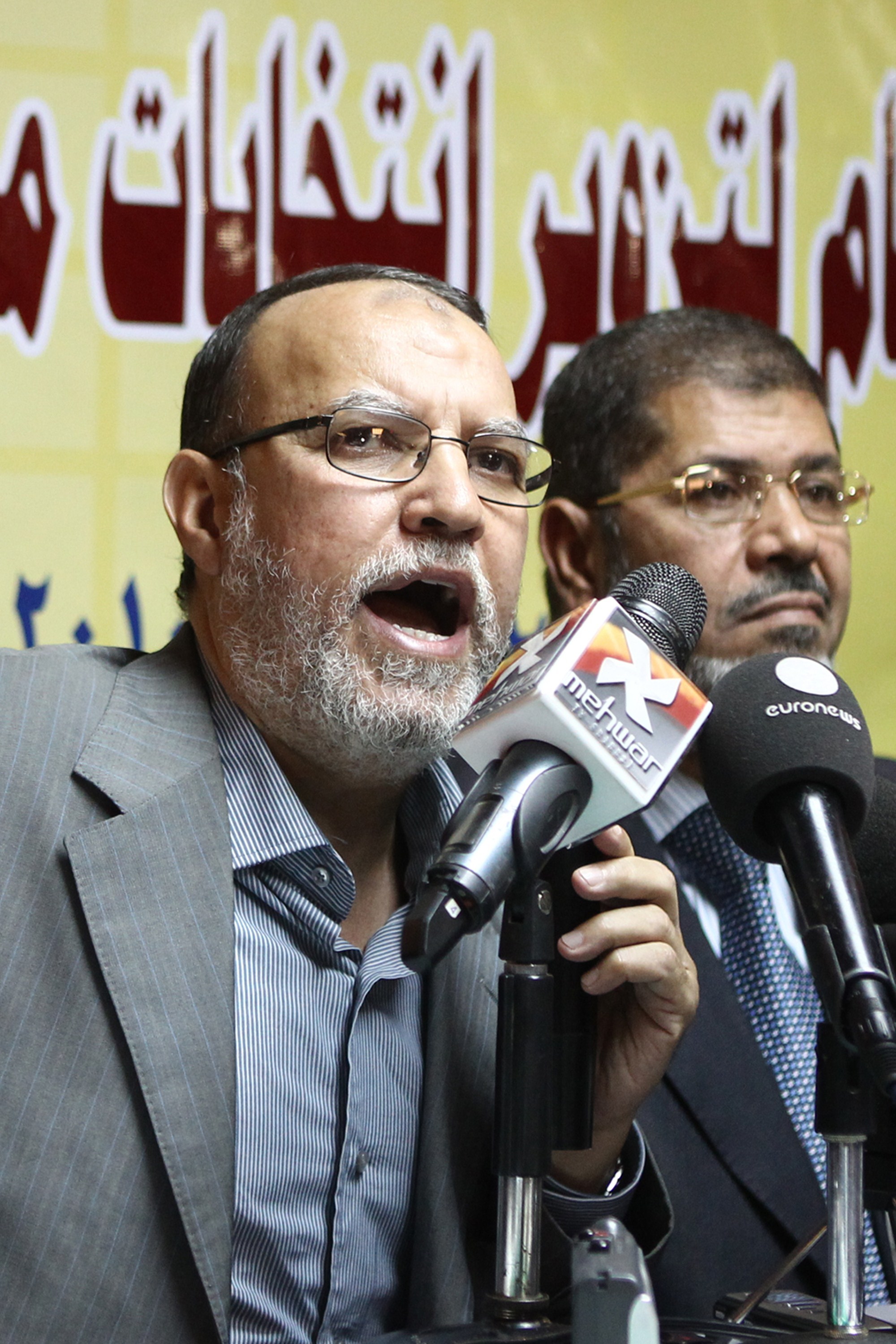 Essam El-Erian, deputy leader of the Muslim Brotherhood’s Freedom and Justice Party, was arrested in the early hours of Wednesday morning, according to the Ministry of Interior.

El-Erian’s arrest in a New Cairo residence is the latest in a continuing crackdown by the interim government against the Muslim Brotherhood group.  Nearly all high-ranking Brotherhood members have been arrested since the ouster of Mohamed Morsi from the presidency on 3 July.

According to a source at the Ministry of Interior, El-Erian was taken into custody from a friend’s home in the upscale New Cairo neighbourhood Al-Tagamoa Al-Khames.  The source said that El-Erian’s arrest stems from charges that he ordered the killing of protestors.

Morsi is set to be tried on 4 November for charges related to the death of protestors in front of the Presidential Palace last December.

The trial for Supreme Guide of the Muslim Brotherhood Mohamed Badie and his deputies Khairat El-Shater and Rashad Bayoumi was delayed on Tuesday when presiding judge Mohamed Amin Al-Qarmouty recused himself from the case.

Badie, El-Shater and Bayoumi are being tried for the killing of nine protestors outside the Muslim Brotherhood headquarters during the demonstrations on 30 June that eventually forced Morsi from office.