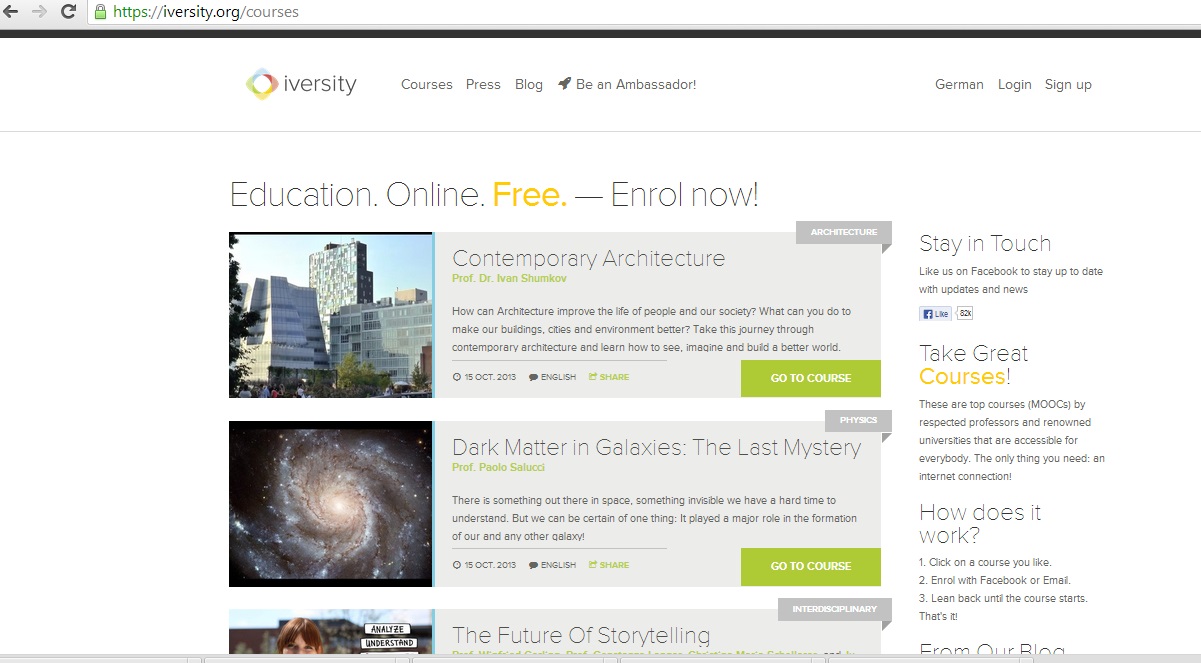 In the recent years, college education has seen a global spike in cost, notably in the United Kingdom and the United States, with the former witnessing significant protests against rising fees. Young people find themselves in debt just to finish their education, and at the same time, the number of scholarships available has decreased greatly.  Especially when comparing the number of scholarships to the number of applicants every year, and with the unemployment rate rising, many are heading back to school to better themselves.

Fortunately, some universities are trying to offer alternatives, by making some online courses available for free, namely MOOC (Massive Open Online Courses) and including such websites as coursera.org and edx.org. Some of the courses offered include MIT’s Introduction to computer science and Harvard’s Poetry in America. The courses are available to anyone with an internet connection and a good knowledge of the English language (although there are courses that help with that as well), and they range from algebra and physics to design and literature.

The newest addition to the online free education scene is iversity.org, with a range of courses available in terms of video lectures, updated every week. Each course details the amount of time and work needed to finish the required chapters and assignments, with an average of two to three hours per week.

According to their website, the idea for iversity started in 2008. “iversity started out as a student project. Jonas Liepmann was frustrated with the digital infrastructure in use at the institutions he attended. Following an EXIST-Founder Scholarship from the German Federal Ministry of Science and Technology, Hannes Klöpper and Jonas Liepmann decided to join forces and went on to raise funding from BFB Frühphasenfonds Brandenburg (EU 75%/Brandenburg 25%) and bmp media investors in July 2011. Jonas and Hannes felt that universities were using glaringly outdated software solutions, so they set out to create a kind of course management system that worked like an online social network for students and faculty.”

The courses are taking a more interactive, simple and fun approach to help participants to finish the work and not drop out. One of MOOC’s foremost problems was the dropout rate, which according to Business Insider website has reached a massive 90% because most participants get bored midway. Some of the iversity courses have already started on 25 October, but enrolment is still available. For the Storytelling course alone, over 45,000 people enrolled from all over the world including about 40 from Egypt, and the discussion board is lively with all sorts of discussions on literature, films and plays.

The video lectures feature many established professors and professionals such as writers and filmmakers, including Cornelia Funke, the author of the Inkheart trilogy. Most of the courses are intended for beginners, but they also provide a wealth of information and suggested readings that could benefit experts as well.