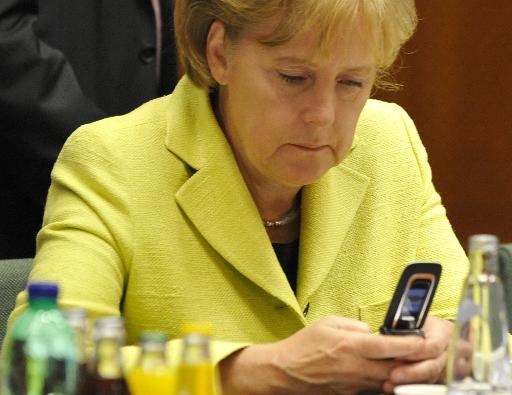 AFP- US espionage chiefs on Tuesday said reports that American spies agencies snooped on millions of Europeans were “completely false” in a dramatic twist to a transatlantic surveillance row.

General Keith Alexander, head of the National Security Agency, said that in many cases European spy agencies had turned over phone call records and shared them with US intelligence.

The revelations came as a senior official said President Barack Obama was considering banning US spies from tapping the telephones of allied leaders, in the wake of German outrage over alleged snooping on Chancellor Angela Merkel’s communications.

America’s European allies have spent days angrily protesting after newspaper reports, based on leaks from fugitive analyst Edward Snowden, that Washington collected tens of millions of telephone calls and online communications in Europe as part as a vast anti-terror sweep.

But Alexander and the Director of National Intelligence James Clapper, testifying before Congress said the reports were based on a misunderstanding of information passed by Snowden to European newspapers.

“The assertions by reporters in France, Spain, Italy that NSA collected tens of millions of phone calls are completely false,” Alexander told the House Intelligence Committee

“To be perfectly clear, this is not information that we collected on European citizens,” he said.

Hours earlier, the Wall Street Journal reported that electronic spying was carried out by the intelligence agencies of France and Spain — outside their own borders and sometimes in war zones — and was then passed onto the NSA.

The claims, if true, could embarrass European governments which have vehemently protested to the United States about alleged overreaching and infringements on the privacy of their citizens by the NSA.

“They cite as evidence screen shots of the results of a web tool used for data management purposes, but both they and the person who stole the classified data did not understand what they were looking at,” he said.

Dianne Feinstein, chair of the Senate Intelligence Committee, backed up claims that the European media reports were wrong.

There was no immediate comment from the spy agencies in the European countries mentioned.

A senior official meanwhile said that Obama was considering whether to bar US spy agencies from eavesdropping on allied leaders in the wake of the Merkel row.

The official, speaking on condition of anonymity in order to discuss intelligence matters, said the step was under consideration, but that no policy decisions had yet been finalized, as Obama awaits results of several already announced reviews into US surveillance practices.

In apparently orchestrated exchanges in the House hearing, Alexander and Clapper, told lawmakers that foreign nations were also spying on US leaders.

“Do you believe that the allies have conducted or at any time, any type of espionage activity against the United States of America, our intelligence services, our leaders or otherwise?” said Mike Rogers, chairman of the House committee.

“Absolutely,” said Clapper, adding that spying on foreign leaders was at the heart of the international espionage game.

“It’s one of the first things I learned in intel school in 1963, that this is the fundamental given in the intelligence business is leadership intentions, no matter what level you’re talking about,” Clapper said.

The United States took a new battering in Europe Tuesday when Spain’s public prosecutor opened a preliminary investigation into its reported mass eavesdropping on millions of telephone calls to determine if a crime was committed.

The move came a day after the US ambassador to Madrid was summoned to the Foreign Ministry to hear a demand for explanations.

The NSA recorded the origin and destination of the calls and their duration but not the content, said El Mundo, which printed a classified graph showing 30 days of call tracing up to January 8 this year.

Washington stands accused of similar mass sweeps of online and telephonic data across the globe as part of its anti-terrorism surveillance.

The new revelations about NSA programs came with a delegation of European lawmakers in Washington to complain at America’s espionage activity against its allies.

German MEP Elmar Brok, a member of the delegation, argued that reports of mass spying were different from the uproar of alleged snooping on Merkel.