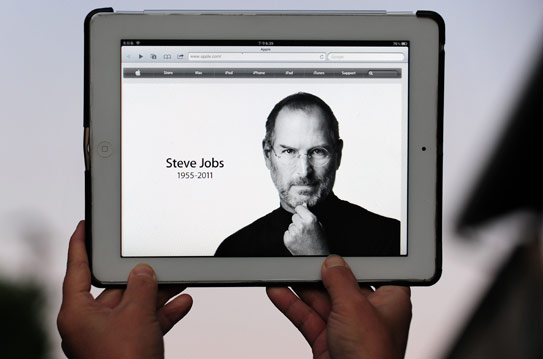 The historical commission in Los Altos California announced on Monday that it had unanimously voted to turn Steve Job’s childhood house into a historical site, NBC reported.

The news channel added that the commission agreed the home has historical significance.

“The property is associated with the founding of the Apple Computer Company in 1976 and the site were the first 50 to 100 Apple computers were assembled, which is a pattern of events that have made a significant contribution to local history, and the cultural heritage of California and the United States,” the agenda report for the historical commission read.

The commission has been reviewing the property over the past two years for potential designation as a historic site. At the commission’s meeting on 23 September, the commission accepted the listing of Job’s home on the city’s Historic Resources Inventory (HRI).

On Steve Jobs, the statement added that he is “considered a person important to local, California and national history.”

On the same day, Apple announced their quarterly financial results, stating that the company registered $37.5bn in revenues and a total net profit of $7.5bn.

“We generated $9.9bn in cash flow from operations and returned an additional $7.8bn in cash to shareholders through dividends and share repurchases during the September quarter,” added CFO Peter Oppenheimer.

Apple’s origins date back to 1976 when Steve Jobs and Stephen Wozniak began their work in the garage of the previously mentioned home.