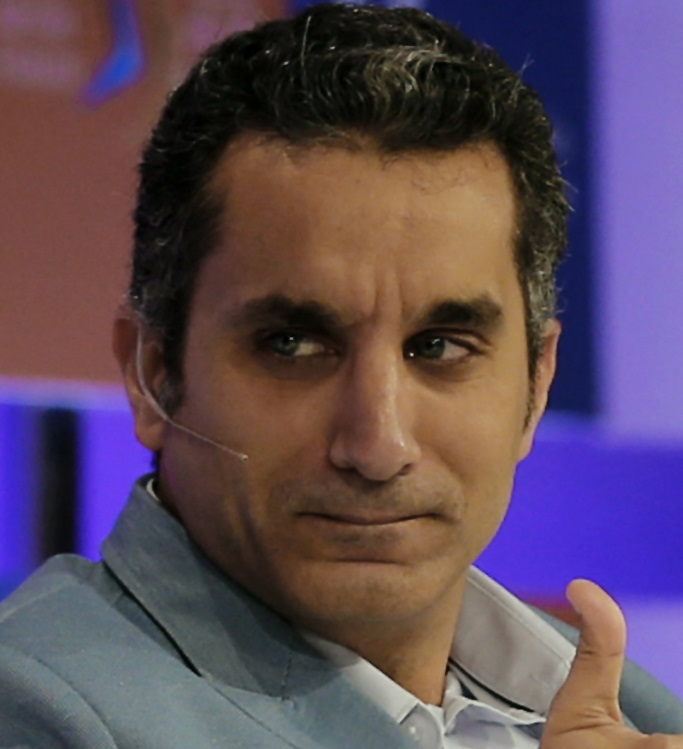 Egyptian satellite channel CBC’s suspension of satirist Bassem Youssef’s programme Al-Bernameg was met with criticism, even from the private channel’s own journalists and media personalities.

A statement issued on behalf of a number of CBC’s television presenters expressed “reservations” about the channel’s decision to suspend Friday’s episode of Al-Bernameg, rejecting “the decision to stop the episode in principle.”

On Friday before Al-Bernameg was supposed to commence the weekly airing of its programme, CBC released a statement saying that Al-Bernameg had not abided by the editorial policies of the channel. The channel also said that Youssef and his team had not delivered all the episodes that had been stipulated in his contract for the previous season, leading to the suspension of the programme until legal and financial issues were resolved.

Last week’s episode of Al-Bernameg was the first one to air since former President Mohamed Morsi’s ouster.

The Arab Network for Human Rights Information (ANHRI) “deplored the intense campaign” against Youssef following the episode, which aired on 25 October, and demanded his show be allowed to return to the airwaves. ANHRI considered the suspension of the program “a blow to the freedom of expression after 30 June and confirms the return of businessmen owning the media to impose self-censorship in order to preserve their interests with authority.”

Political parties, groups and figures including Misr Al-Qawia, Mohamed ElBaradei, and the 6 April Movement condemned the suspension of Al-Bernameg, while presidential media advisor Ahmed Al-Moslimany attempted to distance the government from the incident, emphasising the interim government’s support of the freedom of speech, adding that the CBC decision was an internal matter.

“Freedom of opinion and expression is a right that was fought for by Egyptians with sweat and blood, confirming the 25 January Revolution and the 30 June Revolution,” said media spokesman for Al-Tayar Al-Shaaby Ahmed Atef. “Attempts to usurp this right is a setback for the revolution.”

“The decision to suspend Bassem Youssef’s episodes is an unwise decision that triggered resentment and the suspicion of many about freedoms,” said former foreign minister and National Salvation Front leader Amr Moussa in a series of tweets. “We must be confident enough to accept different opinions, criticism, and ridicule sometimes,” he added.