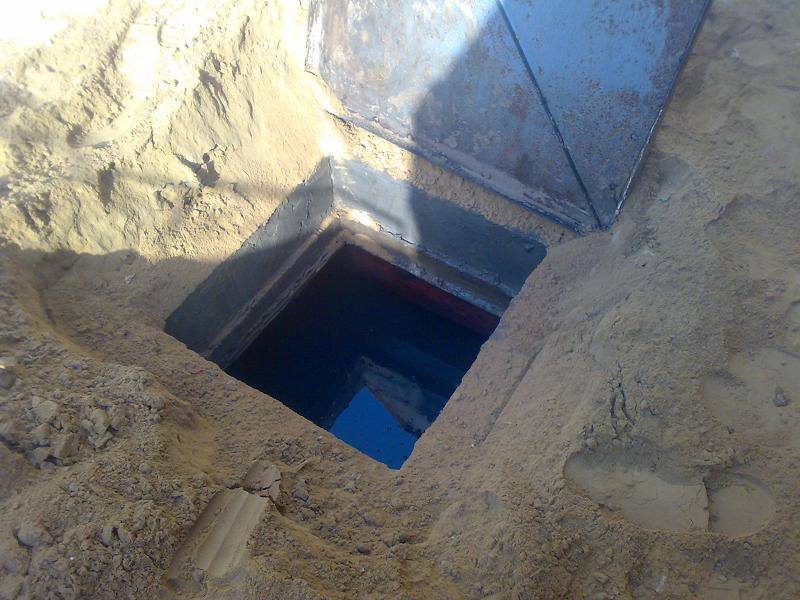 Egyptian border guards have managed to destroy eight underground tanks containing 334,000 litres of diesel as well as the network of hoses used to smuggle the fuel to Gaza.

On Saturday, a statement on the spokesman’s page said the army had discovered and destroyed in the early hours of Saturday, the “largest network” for diesel smuggling to Gaza. The network consisted of seven underground tanks near the Rafah border, four of which are concrete and three are plastic, storing 30 tons of diesel gas to be smuggled to Gaza through pipes.

This came one day after the United Nations Humanitarian Coordinator James W Rawley “expressed his concern at the shut-down of the Gaza Power Plant (GPP) earlier today due to a critical fuel shortage,” according to a press release by the Office for the Coordination of Humanitarian Affairs (OCHA).

The GPP had been running on half of its capacity for the past few weeks. OCHA’s weekly report for 22 to 28 October had said the GPP had to run on a quarter of its capacity on 24 October even after purchase of 600,000 litres of Israeli industrial fuel by the Palestinian Energy Authority in Gaza, “for the first time in almost three years.” The GPP indicated that during the week, it had not received any cheap fuel from Egypt, the report said.

Rawley warned that the shut-down of the power plant, which supplies around 30% of Gaza’s total energy supply and other fuel shortages “will impact all essential services, including hospitals, clinics, sewage and water pumping stations…”

“It will also mean that Gaza’s 1.7 million people will experience power outages of up to 16 hours per day,” Rawley said.

Prior to two days ago, Miqdad said the power would run for 12 hours then cut out for six, to then resume for another 12 hours. For the past two days, he said, power has been running for six hours and stopping for 12 before resuming again for only six hours.

Israeli diesel is too expensive for Gaza to rely on, he added.

The Rafah border crossing was reopened Saturday in both directions, following over a week of closure, and will be opened daily through Thursday, with the exception of one day.

After Morsi’s ouster, Egypt introduced a policy which reduced the number of people who can cross from 1,200 to only 300 a day, a policy criticised by Gaza’s ruling party, Hamas.

According to Miqdad, opening the border crossing for a few hours on a few days would solve some of the problems of students who need to attend college outside Gaza, patients and people who reside outside Gaza.

He added that Arab countries must pay attention to the “crisis in Gaza before it is exported.”

The ouster of former president Mohamed Morsi on 3 July was followed by repeated shutdowns of the Rafah border crossing and a crackdown on the illegal underground tunnels connecting which are vital for the strip’s residents who have been living under a land, air and sea blockade since 2007.

Towards the end of July, United Nations Special Coordinator for the Middle East Peace Process Robert H. Serry said some reports suggested that the Egyptian army’s crackdown led to 80% of the tunnels being put out of operation.

OCHA’s most recent report for 22 to 28 October said fewer than 10 truckloads of goods had entered Gaza per day during the week, which is less than 5% of the volume of goods that had entered on a daily basis prior to June 2013.