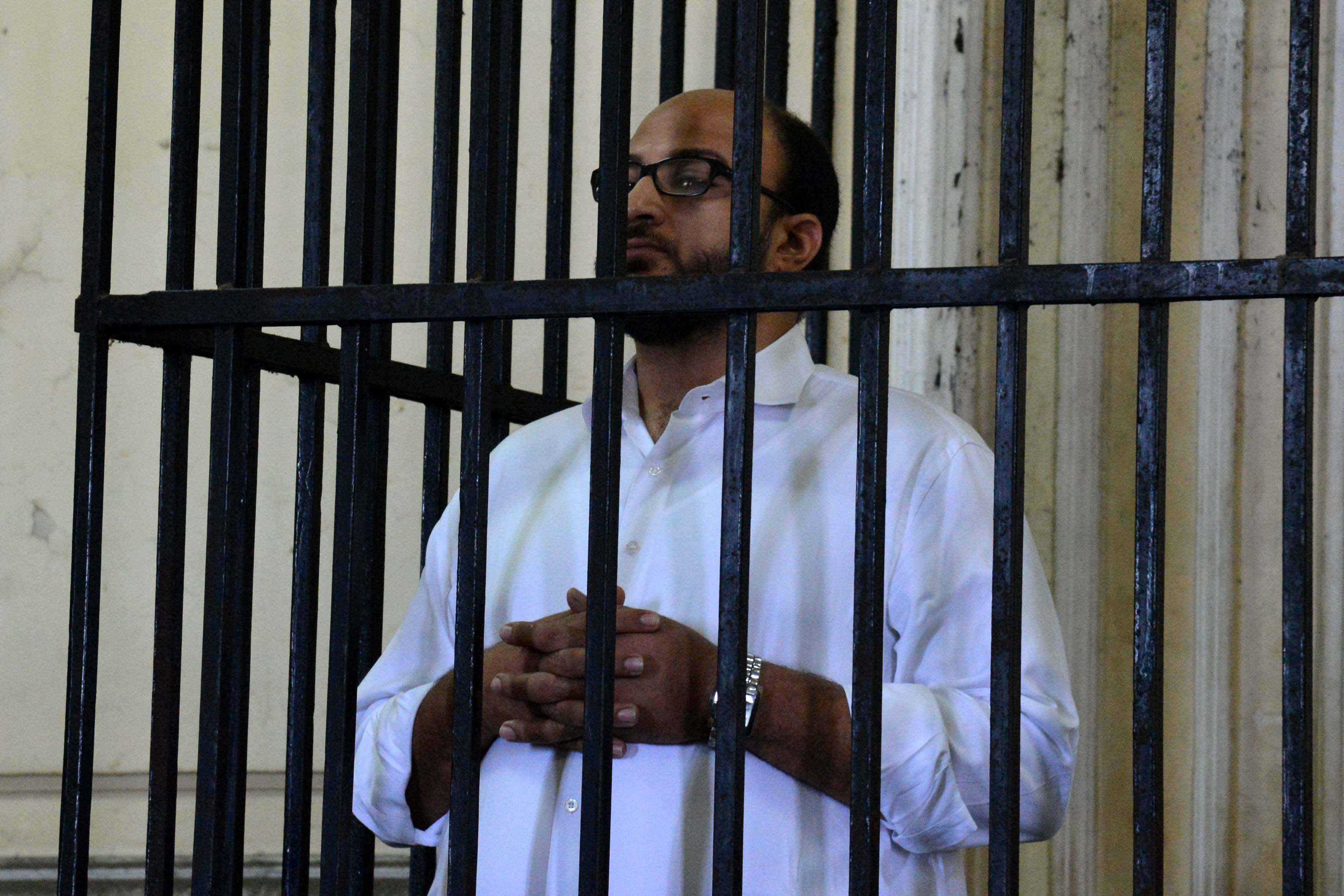 The detainees in question were arrested for blocking the railway. They were protesting the Badrashein train crash which occurred in January, killing at least 19 conscripts.

Mustafa, who repeatedly denied the accusation, defended himself in court on Sunday. He said the case he was facing was fabricated by the ousted Muslim Brotherhood regime, alongside two other cases, adding that the “political authority used the judiciary authority to harass and silence the opposition.”

“I am surprised to find myself here … after the people revolted against the Muslim Brotherhood regime and ousted it,” Mustafa said. “Despite the revolution, nothing has changed; I am still facing the same fabricated charges.”

Hamdy Khalaf, one of the lawyers defending Mustafa in court, earlier said that Abdel Mawgood Lotfy, who was then Alexandria Security Director, had promised the release of the ten detainees Mustafa was accused of helping escape. Khalaf had also said the policeman whom Mustafa is accused of assaulting denied that Mustafa helped the detainees escape.

Mohamed Ramadan, Alexandrian lawyer and one of the witnesses denying the charges against Mustafa, said the acquittal was expected as the case was unfounded.

“How could the detainees escape in the presence of Central Security Forces?” Ramadan questioned.

Mustafa was released pending trial in August in this case. He was arrested in January then tried and sentenced to two years  in hard labour in March on charges of assaulting prosecutor Ahmed Darwish. The political activist was released on the latter charge in early July after Darwish withdrew his complaint.

Mustafa was also served six-months in prison and an EGP 1,000 fine in absentia for allegedly insulting a police officer in 2011. The verdict was suspended ten days ago, yet Mustafa is appealing it.

Hassan Mustafa is a prominent Alexandrian activist most famous for helping shed light on the Khaled Said murder case in 2010.