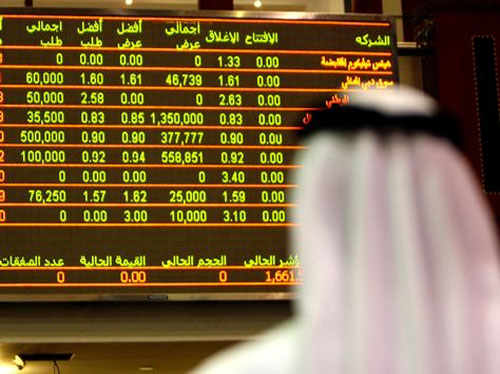 Reuters – Fund managers in the Middle East show little sign of taking money off the table as a year of strong gains for Gulf stock markets nears its end, a Reuters survey showed.

While normally such gains might be expected to invite heavy profit-taking, most fund managers in the monthly survey of 16 leading Middle East-based investment institutions said they felt the markets had enough momentum to keep rising.

The survey, conducted in the past 10 days by Trading Middle East, a Reuters forum for market professionals, found 56% of the managers saying they expected to increase their overall equity allocation to the Middle East in the next three months, while only 6% expected to reduce it.

That was slightly more bullish than September, when 50% expected to increase equity allocations and 13% to decrease them.

“We do not see any resolution [other than postponing] to the biggest challenge in the global markets, namely, unwinding of leverage,” said Tariq Qaqish, head of asset management at Al Mal Capital in the United Arab Emirates.

“With this in mind, we expect investors to embrace more risk until the Fed [US central bank] eventually starts tapering its quantitative easing programme. We continue to remain positive on equities as an outperforming asset class.”

Because of the spectacular gains in United Arab Emirates stock markets, opinion among fund managers is most sharply divided about them.

Twenty-five percent of managers in the latest survey expected to increase their UAE equity allocations and 25% to decrease them, while the rest intended to keep them the same.

In the September survey, the figures were 31% for an increase and 38% for a decrease.

“We all believe the strong fundamentals that Dubai and Abu Dhabi have, and yes we agree that markets were undervalued, but after making around 80% in 10 months, I think we should underweight UAE and be cautious since we might see the correction very soon,” said Abdullah Al Durdunji, chief treasury officer at the Abu Dhabi Fund for Development.

But Mohammed Ali Yasin, managing director at NBAD Securities, said much would depend on whether Dubai was in late November awarded the right to host the 2020 World Expo. It is competing for that right with three other cities.

A win could help to justify heavy real estate and infrastructure investment in Dubai, and could push Dubai’s stock index towards a gain of 100% for this year, Yasin said.

If its Expo bid is unsuccessful, the market could trim this year’s gains to 65-70%.

The latest survey also showed slightly less optimism about Saudi Arabian equities; 56% of fund managers said they expected to increase their allocations there, compared to 75% in September.

Disappointing third-quarter earnings from several Saudi consumer sector companies, which previously were heavily bought by local retail investors, have knocked that market back moderately in the last several days.

The survey suggested sentiment towards Egypt continues to improve gradually as fund managers hope the political and economic environment there will stabilise next year after planned elections.

Forty-four percent of managers expected to raise their equity allocations to Egypt in the next three months, while 19% expected to decrease them. In September, 38% expected to increase their Egyptian investment.