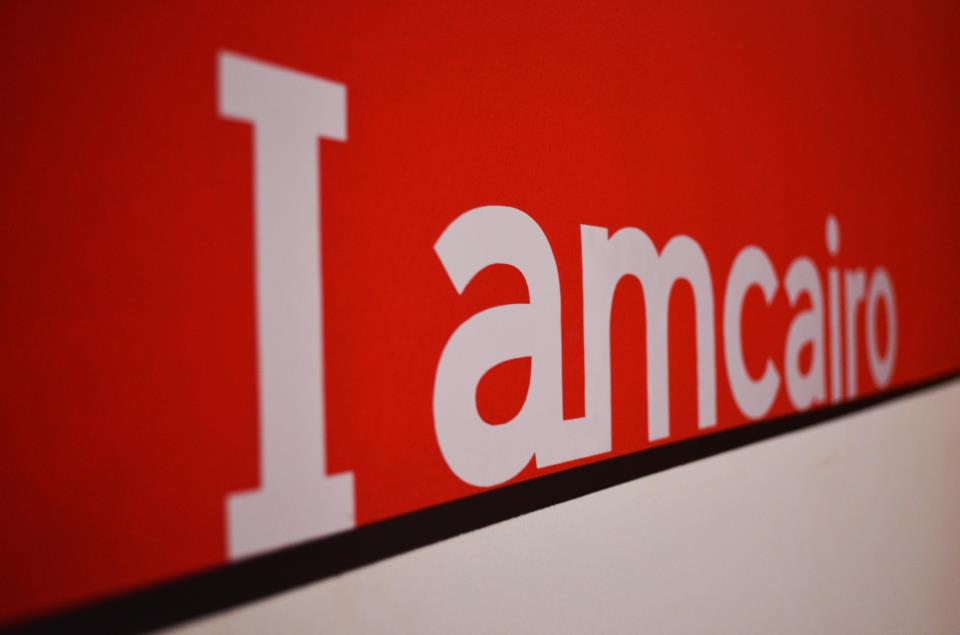 Titled One Night for Humanity, the idea behind the event came to life only seven days before the fact. Feeling uneasy following the Al-Warraq Church shooting that took place on 20 October, where militants opened fire on a wedding reception at the church leading to the death of five people, Producer and Global Event Director Sherin Yosry came up with an idea to send a message of peace to Egypt and beyond. “I read that the government gave EGP 5000 to each victim,” said Yosry. “It did not sit well with me at all; people getting reimbursed for the death of their children. We needed something more.”

Yosry, who lived for over 15 years in Germany was feeling depressed about the ongoing situation in Egypt: “Trials, shootings and attacks are what is reported all the time while Egypt is much more than this.” Attempting to bring Muslims and Christians together, Yosry enlisted renowned visual artist Ahmed Shiha, who relayed the idea to the Minister of Culture Saber Arab. “It all happened very quickly,” added Yosry, “We wanted to have a concert for Band of Peace [whose songs] portray the message needed.”

Band of Peace is an Egyptian band formed under the auspices of the Ministry of Culture, with Muslim and Christian members who combine Sufi music, Christian hymns and English songs in one spiritual musical performance.

Saber readily agreed to attend the concert and the band was contacted, whose director, prize-winning composer Entessar Abdel Fattah, was happy to make an appearance.

“The idea gained momentum quickly,” said Yosry, “We contacted several business men to act as sponsors for the event.” Head of Ghabbour Auto, Raouf Ghabbour, was the first to agree to the idea and became the main sponsor of One Night for Humanity. “It took him a minute to decide,” added Yosry, “Which rarely happens, as it takes days for any sponsor to agree to such a [big] event.”

Ghabbour Auto’s Head of Marketing, Sanaa Afifi, explained that the decision was made quickly because of the message relayed: “We need to send a message that Egyptians will remain united despite of other attempts.” When asked if one event can make a difference, Afifi said: “The journey of a 100 miles begins with one step. It is one step at bringing Egyptians together that has to be nurtured and built on, which we attempt to.”

Representatives of different societal groups were invited, most notably Beit Al-Aela or Family House members, which encompasses delegates of both Al-Azhar (Dr Mahmoud Azab) and the Orthodox Church (Anba Armia).

Azab, who is a linguist and a lecturer at Sorbonne University, was adamant about the importance of the different creeds co-existing in Egypt: “It is very important for Egypt to understand the roots of religious strife and to modernise the religious sermon.” Azab added to the Daily News Egypt that the Family House always supports any initiative that helps Egypt move forward. “We are here to show our support to this event and to [send a message] that Egypt will remain united despite of attempts to the contrary.”

Anba Armia explained that the Family House collaborates with different cultural groups and initiatives that aim at building Egypt. When asked why the church decided to participate in such an event shortly after the Al-Warraq Church attack, he said: “The church is a part of Egypt and will never be separated from it and all state institutions have to collaborate to rebuild the country and to change what is harmful to what is beneficial.” He added that the way to pass this stage is for “Egyptians to remain united and to understand who their enemy really is.”

Azab and Armia both stressed the importance of the initiative pioneered by Egyptian business men who started a fund to restore mosques and churches affected in post 30 June events. “Donations are currently being accepted at account 111111 for anyone who wants to help restore houses of worship,” stated Armia.

The concert, which was hosted by actress Hana Shieha, was preceded by a number of speeches from different societal representatives.  Actor Ahmed Abdel Azziz delivered the speech of renowned writer Bahaa Taher, who thanked the Muslim Brotherhood group for trying to segregate the Egyptian people, but succeeded in“uniting the people”instead.  Film Director Mohamed Al-Adl who delivered his speech on behalf of the Egyptian actors, send“a message of peace to all people.”He said: “A peace we were raised to [adhere to] by protecting people from words and actions.”He added that following “the two revolutions of 25 January [2011] and 30 June [2013], as we are passing this difficult [stage], the world should stand by us.”

Writer Ibrahim Abdel Maguid regaled the audience with a brief history of religions in Egypt, highlighting the tie of Egyptians to religion even prior to the Abrahmic religions, and their infusion of old traditions with the faiths, thus moulding the Egyptian identity.

Following the speeches, Band of Peace started their performance, which turned very emotional half way through with the audience interlacing the songs with chants for Egypt, unity and against the Muslim Brotherhood, with some spectators holding the symbolic crescent and cross sign while singing.  Composer Abdel Fatah, at one point, in the middle of the song “Teslami Ya Masr”, a well-known Egyptian patriotic song, went out to the representatives of the Family House, holding their hands while singing, causing many to tear up. Ashraf Agaeiby, the Ney player of Band of Peace told Daily News Egypt that working with the band “is not work,  it’s not to get paid, but it is to send a message of unity; that there are no differences between Muslims and Christians. We are all one.”

Wust El-Balad , popular Egyptian soft rock band, ended the event with a performance at the Roman Theatre of the Citadel Azur Resort. Bringing the crowd to its feet, they sang some of their most popular songs and their latest addition “Karkashengy”, to the delight of the audience.

In the next two months, similar events are expected to take place in Luxor and Alexandria, to “send a message and promote tourism,” said Yousry, “And to come up with ideas of projects to help Egyptian youth.”

Yousry told the Daily News Egypt that this event has led to a meeting of minds resulting in the agreement on two projects for youth in universities. “This is why such events are important. Young people cannot reach the head of governments and this way we can help realise projects which help Egypt.”