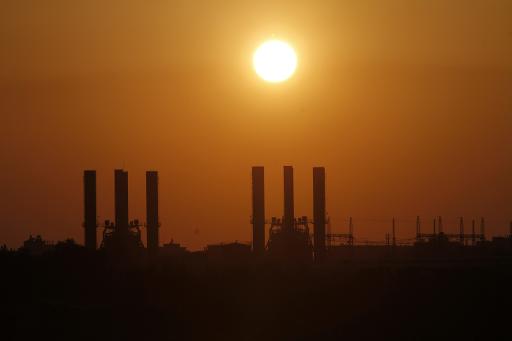 Al-Mukhalalati said in a statement released on the ministry’s website on Monday that the halt of the Gaza Power Plant (GPP), the only power plant in the strip, signals harsh and difficult times “because sewage pumps will stop working, which will have significant health implications.” He added that dark roads will increase the risk of traffic accidents.

Al-Mukhalalati said power cuts, which may last up to 18 hours, will “directly impact” the health of many patients in hospitals and medical centers, especially those in the emergency department, intensive care units, operation theatres, and those who need kidney dialysis as well infants in incubators. He added that the power cuts will affect blood banks, radiology departments, laboratories and refrigerators needed to store vaccines and medication.

He called on the International Committee of the Red Cross, the United Nations and the World Health Organisation to take immediate action in order to support patients’ rights to treatment.

On Friday, after the power plant halted operations, United Nations Humanitarian Coordinator James W Rawley expressed concern in a statement and said that this “will impact all essential services, including hospitals, clinics, sewage and water pumping stations…”

“It will also mean that Gaza’s 1.7 million people will experience power outages of up to 16 hours per day,” Rawley said.

The GPP needs at least 500,000 liters of fuel a day to run on full capacity, according to a report by the Office for the Coordination of Humanitarian Affairs (OCHA).

The GPP had been running on half of its capacity for the past few weeks due to fuel shortages. OCHA’s weekly report for 22 to 28 October said the GPP started running on a quarter of its capacity on 24 October even after the purchase of 600,000 litres of Israeli industrial fuel by the Palestinian Energy Authority in Gaza, “for the first time in almost three years.” The GPP indicated that during the week, it had not received any cheap fuel from Egypt, the report said.

The ouster of former President Mohamed Morsi on 3 July was followed by repeated shutdowns of the Rafah Border Crossing and a crackdown on the illegal underground tunnels which are vital for the strip’s residents who have been living under a land, air and sea blockade since 2007.

OCHA’s most recent report for the week, 22 to 28 October, said fewer than 10 truckloads of goods had entered Gaza per day between 22 and 26 October, which is less than 5% of the volume of goods that had entered on a daily basis prior to June 2013.

The Rafah Border Crossing was reopened Saturday in both directions, following over a week of closure, and will be opened daily through Thursday, with the exception of one day.