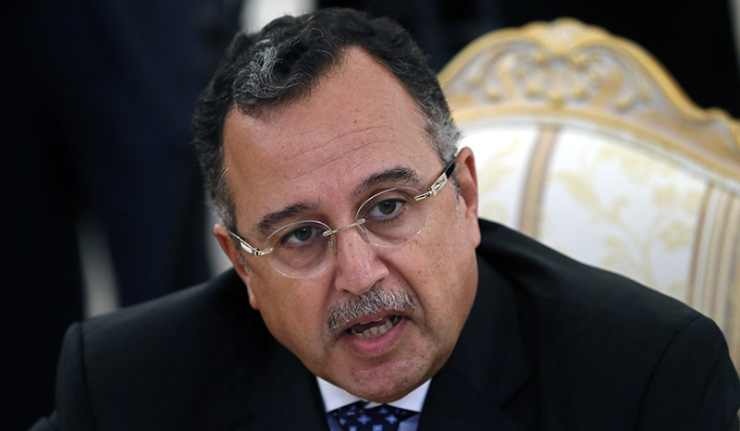 Nabil Fahmy departed for Senegal on Tuesday as part of intensive efforts by the Ministry of Foreign Affairs to strengthen ties with African nations.

Fahmy has moved Egypt’s foreign policy in a new direction since assuming the role of foreign minister in July, and in October he asserted that the interim government is “re-positioning Egypt in its rightful place as a country of Arab identity and African roots.” A statement published by the Egyptian ministry said the aim of Fahmy’s visit to Senegal is to “strengthen strategic relations” and “push bilateral cooperation in various fields.”

Fahmy is also expected to express Egypt’s willingness to support Senegalese development plans, as put forward by President Sall. The visits will also feature discussions on “different regional and international issues in light of the vital role played by both countries to contribute to the issues of peace, security and development in Africa.”

Egypt’s relationship with African nations has required attention both before and after the ouster of former President Mohamed Morsi in July. In May, Ethiopia began diverting water from the Blue Nile as part of the construction of the controversial Grand Ethiopian Renaissance Dam. This propelled the issue of Egypt’s share of Nile water to the forefront of discussion. Morsi’s administration insisted that it would “not allow any meddling” in its share of the vital water supply. The situation worsened following a national dialogue meeting chaired by the former president. The meeting was broadcast live, unbeknown to some participants who suggested secret intelligence operations to undermine the Ethiopian government, with one participant suggesting that Egypt “use the influence of the national football team.”  Ethiopia’s Ministry of Foreign Affairs said it was “deeply frustrated” by the comments made in this meeting.

Following Morsi’s ouster the African Union suspended Egypt’s membership in the Peace and Security Council. The foreign ministry has since expressed its dissatisfaction with the decision. Since July, the ministry has paid more attention to African nations than in the past by intensifying diplomatic contacts, beginning with tour of African nations in July.

During September’s United Nations General Assembly meeting in New York, Fahmy discussed water security with his Ethiopian counterpart resulting in both parties agreeing that Egypt’s water interests and rights should not be harmed. Fahmy has also visited other Nile Basin countries, including Sudan, South Sudan, Burundi and Uganda. He carried a message of strengthening cooperation and expressed support for the developmental needs of the Nile Basin countries.

Egypt’s foreign ministry is also preparing to participate in the Arab-African Summit, which is set to be held in Kuwait later this month. Egypt’s participation in the summit is expected to “promote trade and investment between Arab and African countries as well as the role of civil society organisations in supporting the development process,” said a statement from the ministry.