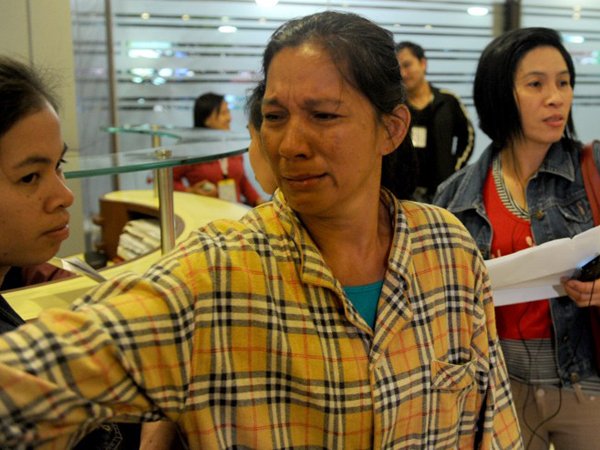 AFP – The Philippines said Tuesday it had deployed teams to check on reports of abuse in Saudi Arabia’s crackdown on illegal workers, after one woman complained they were treated “like animals”.

Foreign Secretary Albert del Rosario said Filipino diplomats were in touch with the oil-rich kingdom’s human rights council to ensure the protection of Filipino workers there.

“We have sent rapid response teams there, we have formed teams to visit jails, detention centres, police stations to make sure that our people are okay, and if necessary to issue them travel documents,” Del Rosario told reporters.

“In terms of our meeting with the head of the human rights council in Saudi Arabia, we hope to be able to clarify [that we expect] that our people will be treated well,” he said.

Del Rosario said there were believed to be 660,000 Filipinos working in Saudi Arabia although it remained unclear how many were illegals.

He said that about 11,000 Filipinos had come forward to seek consular help in legalising their status or seeking exit permits since the Saudi government announced the crackdown early this year. An amnesty period for the illegals expired on Sunday.

Del Rosario acknowledged that many of the remaining Filipinos in Saudi Arabia could be there illegally and faced detention and arrest if caught.

“If they are arrested, I think it is very clear that they will be detained in preparation for their deportation,” he said.

On Monday 30 repatriated Filipino illegals said they were badly treated by Saudi authorities.

Domestic helper Amor Roxas burst into tears and told AFP that they were treated “like animals.”

She alleged that Saudi police rounded up her and others and placed them in a crowded cell for four days.

They were then paraded from immigration to the airport with their feet chained, claimed another woman in the group.

Del Rosario said they were seeking to interview the women to check on their complaints. Embassy staff in Saudi had said that they had not seen signs of abuse in an initial inspection of detention cells.

Nearly 10 million Filipinos — about a tenth of the population — live and work abroad, and their remittances are a vital pillar of the economy.

The vast majority work as unskilled labourers or domestic helpers and are exposed to situations in which they are prone to abuse.