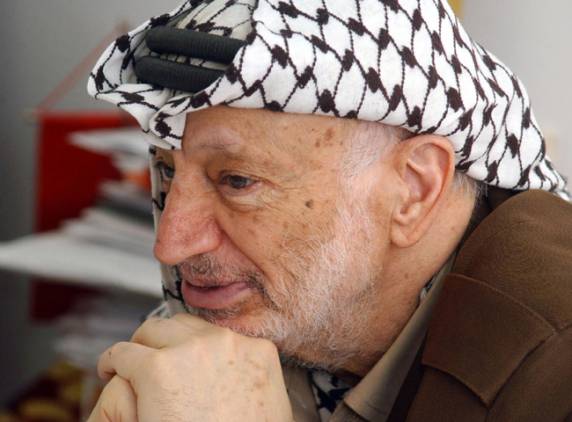 AFP – Palestinian authorities have received the reports of Swiss and Russian forensic investigations into the 2004 death of Yasser Arafat, an official said Tuesday, without disclosing the findings.

“The report was delivered” by the Swiss laboratory, Tawfiq Tirawi, who heads the Palestinian investigation into Arafat’s death, told AFP.

When contacted, the Swiss lab declined to comment on the matter.

Official Palestinian news agency WAFA said that a Russian team appointed by the Palestinian Authority also handed in its report on November 2 and that its conclusions would be made public in due course.

Some 60 samples were taken from the remains of the late Palestinian leader in November last year for a probe into whether he was poisoned by polonium.

The samples were divided between the Swiss and Russian investigators and a French team carrying out a probe at the request of Arafat’s widow Suha.

Arafat died in hospital in France on November 11 2004 at the age of 75, but doctors were unable to specify the cause of death.

No autopsy was carried out at the time, in line with his widow’s request.

Arafat’s remains were exhumed from his tomb in the West Bank city of Ramallah in November 2012 and samples taken, partly to investigate whether he had been poisoned — a suspicion that grew after the assassination of Russian ex-spy and Kremlin critic Alexander Litvinenko in 2006.