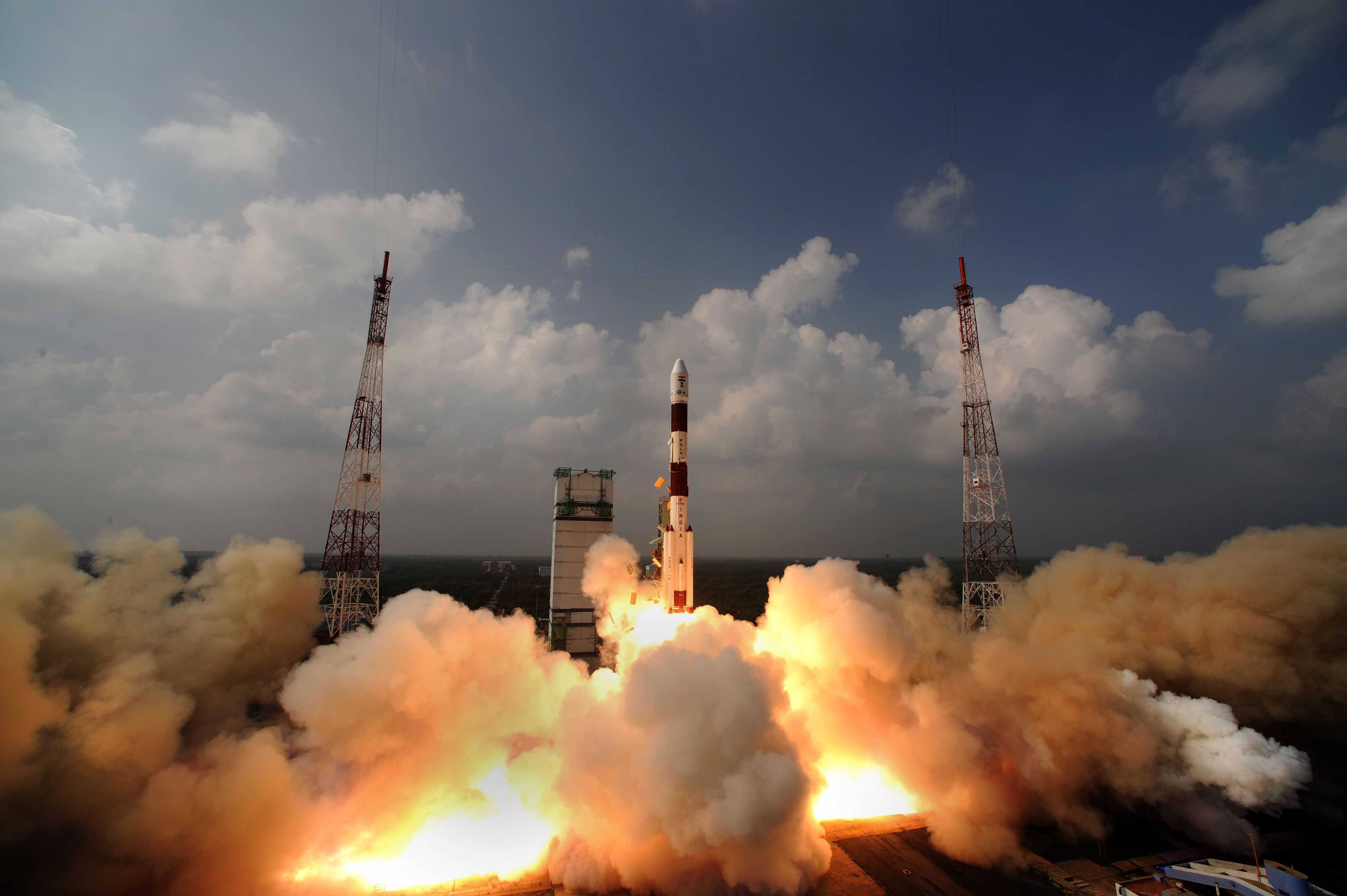 A 350-tonne rocket carrying an unmanned probe soared into a slightly overcast sky on schedule at 2.38pm (0908 GMT), monitored by dozens of scientists at the southern spaceport of Sriharikota.

After 44 minutes, applause broke out in the tense control room as navigation ships in the South Pacific reported that the spacecraft had successfully entered orbit around Earth.

Indian Space Research Organisation (ISRO) chairman K. Radhakrishnan allowed himself a smile, slapped a colleague on the back and announced he was “extremely happy” that the first objective had been reached.

At the end of this month, once enough velocity has been built up to break free from Earth’s gravitational pull, “the great, long, difficult voyage will start” to Mars, he announced.

“In September 2014, we expect this spacecraft to be around Mars and the challenge then is to precisely reduce the velocity and get it into an orbit,” he explained in comments broadcast by state television.

The country has never before attempted inter-planetary travel, and more than half of all missions to Mars have ended in failure, including China’s in 2011 and Japan’s in 2003.

Only the United States, Russia and the European Space Agency have been successful.

The Mars Orbiter Mission, known as “Mangalyaan” in India, was revealed only 15 months ago by Prime Minister Manmohan Singh, shortly after China’s attempt flopped.

The timing and place of the announcement — in an Independence Day speech — led to speculation that India was seeking to make a point to its militarily and economically superior neighbour, despite denials from ISRO.

The gold-coloured probe, the size of a small car, will aim to detect methane in the Martian atmosphere, which could provide evidence of some sort of life form on the fourth planet from the sun.

The mission has been hurriedly assembled, and was carried into orbit by a rocket much smaller than rival launch vehicles which can blast out of Earth’s gravitational pull and head directly for Mars.

The cost of the project, at INR 4.5bn (Indian rupees, $73m), is less than a sixth of the $455m earmarked for a Mars probe by NASA which will launch later this month.

He stressed that journeying to Mars, which has an elliptical orbit — meaning it is between 50-400 million kilometres from Earth — was a far more complex prospect than the Moon, which India reached in 2008.

“When you shoot a rocket at Mars you have to take into account that Mars is going to move a good deal before you get there. The Moon is fairly close,” he said.

There have been recent setbacks for India too, including when its Moon probe Chandrayaan lost contact with its controllers in 2009. Another, larger launch vehicle blew up after take-off in 2010.

The programme also has to contend with critics who say a country that struggles to feed its people adequately and where more than half have no toilets should not be splurging on space travel.

“Had they spent that money on us we could have had better houses, better clothes, sent our kids to good schools,” said Goribai, a labourer in a slum in the diplomatic area of the capital.

“But no, the country wants to find aliens,” she told AFP.

ISRO counters that its technology has helped economic development through satellites which monitor weather and water resources and enable communication in remote areas.

The Bangalore-based organisation and its 16,000 staff also share their rocket technology with the state-run defence body responsible for India’s missile programme.

The United States is the only nation that has successfully sent robotic explorers to land on Mars, the most recent being Curiosity which touched down in August 2012.

One of its discoveries appeared to undercut the purpose of the Indian mission to find methane.

A study of data from Curiosity, published in September, found the rover had detected only trace elements of the gas in the atmosphere.

“Remember that it [Curiosity’s methane reading] is for a single spot. One point doesn’t make it a story for the whole planet,” top Indian space scientist Jitendra Nath Goswami told AFP.