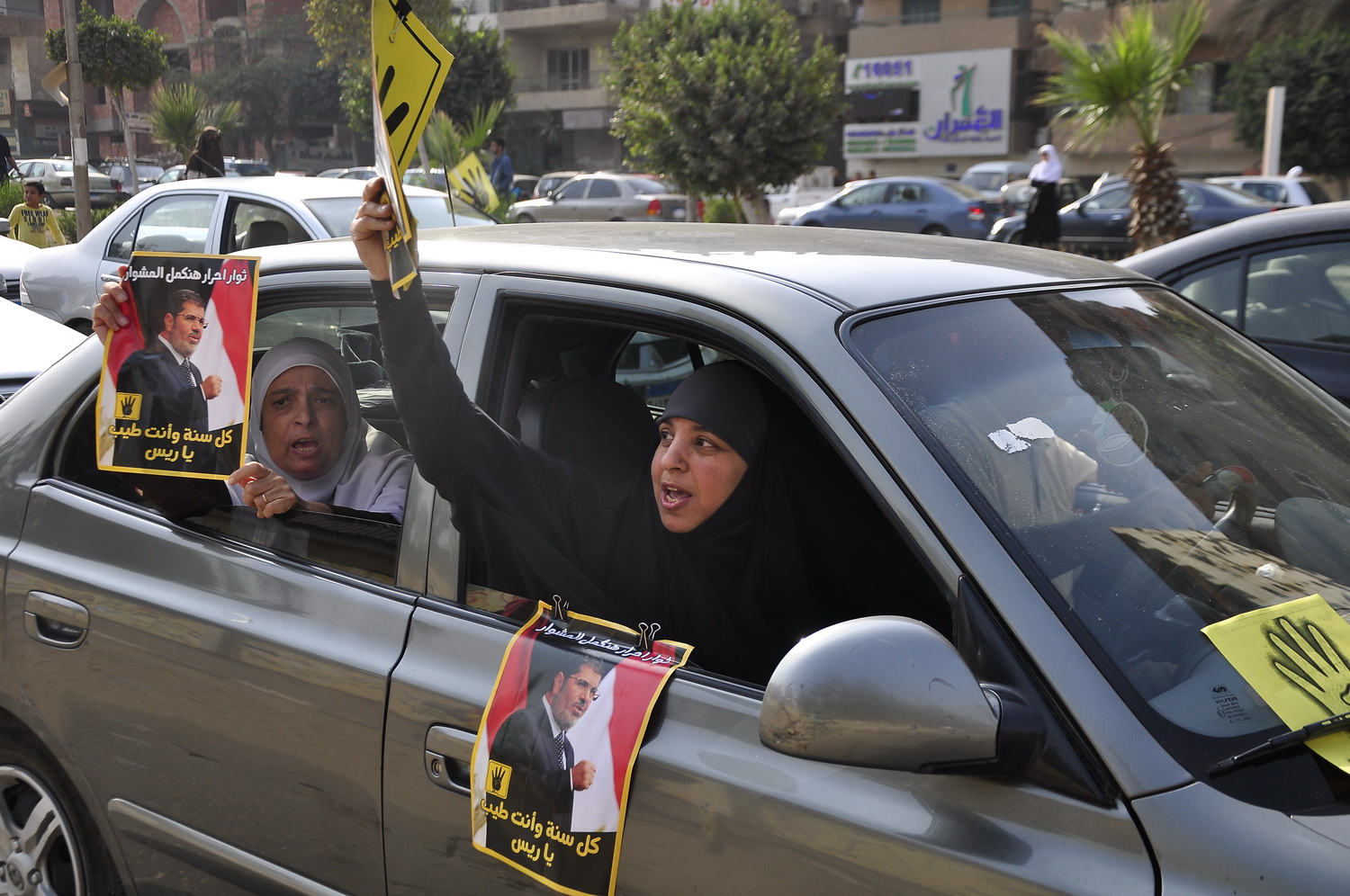 Protesters took to the streets in various parts of the country, on Friday, in response to calls by the Anti Coup Alliance to a protest titled, “Egyptian women are a red line.”

The Anti-Coup Alliance, also known as the National Coalition to Support Legitimacy, which is made up of several parties and movements that support former President Mohamed Morsi released a statement Thursday stating that women have been “deliberately targeted” with “unprecedented vindictive violence including beating girls, dragging them on the ground, torturing, detaining and even murdering women of all ages.”

On Thursday, 31 October, a group of 21 female protesters belonging to a group called the “7 am Movement” were arrested by security forces in Alexandria. Mahmoud Gaber, a lawyer who is part of the protesters’ defence team said the protesters were “attacked by police forces and beaten.”

He said the 21 who were arrested are currently detained including seven under the age of 17, who are currently being held in a juvenile detention centre. “This is a violation of the law which prohibits the detention of children under any circumstance,” Gaber said.

Gaber added that “fabricated charges were brought against them,” like blocking roads and destroying public and private property, “without specifying which property was destroyed, how it was destroyed and what tools were used to destroy it.” They did not posses any tools when they were arrested other than banners rejecting the “coup” and banners with the Rabaa sign on them, he said.

Gaber added that detainees are being held in inhumane conditions.

The group the female protesters belong to was created to organise peaceful protests before the beginning of the school day against the 3 July military-backed ousting of former president Mohamed Morsi.

“The alliance called on the masses of the Egyptian people to rise in anger in the face of this flagrant violation of Egyptian women’s rights on Friday, 8 November in all public squares and streets of Egypt,” the statement read. The alliance also called for continued protests throughout the week “in support of the detainees and free patriotic citizens of all political and ideological currents,” under the slogan of “freedom for the honourable.”

The Anti-Coup Alliance has called for protests rejecting the ouster of Morsi almost every week.