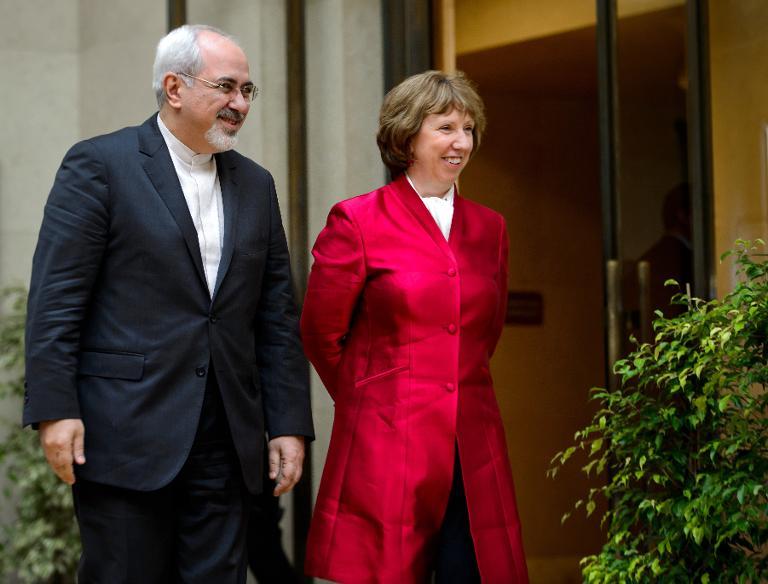 AFP – Iran and world powers may be on the verge of a landmark deal on Tehran’s nuclear programme, with top Western diplomats rushing to Geneva Friday in the hopes of sealing an agreement.

US Secretary of State John Kerry was the first to announce he was joining negotiations with Iran in Geneva, followed by the foreign ministers of France, Britain and Germany.

But officials were warning that the talks could still unravel, with French Foreign Minister Laurent Fabius insisting there was no final deal yet.

“We want a deal that will be the first substantive response to concerns over Iran’s nuclear programme,” Fabius said in a statement sent to AFP on his arrival in Geneva. “There has been progress but nothing has been agreed yet.”

Russia said Foreign Minister Sergei Lavrov would not attend the meeting but did not elaborate.

The talks in Geneva that started Thursday have raised hopes of the first breakthrough in a decade in limiting Iran’s uranium enrichment efforts, which Western powers suspect are aimed at developing nuclear weapons.

Iran has repeatedly denied this, saying its nuclear programme is aimed at generating electricity and for medical purposes.

Iranian Foreign Minister Mohammad Javad Zarif said Thursday he believed a deal could be reached “before we close these negotiations” and that the two sides were expected to begin drafting a joint statement early Friday.

Officials say the proposed deal could see — as a first step — Tehran freeze its nuclear efforts for as long as six months in exchange for some relief from the sanctions that have battered its economy.

Negotiators would then have time to work out a more comprehensive deal that Tehran hopes could be in place within a year.

Kerry was en route for Geneva after stopping off for a difficult meeting with Israeli Prime Minister Benjamin Netanyahu on the tarmac of Ben Gurion airport near Tel Aviv.

Netanyahu vowed that Israel would not be bound by any international agreement on Iran’s nuclear programme and reserved the right to do whatever is necessary to defend itself — a clear allusion to a pre-emptive military strike.

“Iran got the deal of the century and the international community got a bad deal, this is a very bad deal. Israel utterly rejects it,” Netanyahu told reporters.

“Israel is not obliged by this agreement and Israel will do everything it needs to defend itself and the security of its people.”

The State Department said Kerry was going to the Swiss city “in an effort to help narrow differences in negotiations” and at the invitation of EU foreign policy chief Catherine Ashton.

Upending an 11-day tour mostly of the Middle East, Kerry was due to hold three-way talks with Zarif and Ashton, who is representing the six powers.

Ashton’s spokesman, Michael Mann, said there was “ongoing contact” with the Iranian side on Friday morning and “very intense work”.

“We are making good progress, it’s a very serious process,” he told reporters.

In their second meeting in Geneva in less than a month, Iranian negotiators sat down for a series of talks on Thursday that Western officials described as “substantive” and “productive.”

The international community is represented in the talks by the P5+1 group — permanent UN Security Council members Britain, China, France, Russia and the United States, plus Germany.

The talks had previously dragged on for years but were given new momentum by the election of Iranian President Hassan Rouhani, seen as a relative moderate.

This week’s meeting is the second since Rouhani took office in August pledging to resolve the nuclear dispute and lift sanctions by engaging with world powers.

Iran is anxious for relief from crippling economic sanctions that have cut oil revenues by more than half, caused the value of the rial to plunge and pushed inflation above 40 percent.

The West is also keen to seize a rare opportunity to build bridges with Iran after decades of hostility, opening the door to engaging with Tehran on other issues like the conflict in Syria, where Iran has backed President Bashar al-Assad against insurgents.

US President Barack Obama said in an interview with NBC News that the agreement being fleshed out would keep the bulk of sanctions on the Islamic Republic in place, and any relief could be reversed.

“We don’t have to trust them. What we have to do is to make sure that there is a good deal in place from the perspective of us verifying what they’re doing,” Obama said.

“There is the possibility of a phased agreement in which the first phase would be us halting any advances on their nuclear programme, rolling some potential back, and putting in place… some very modest relief, but keeping the sanctions architecture in place.”