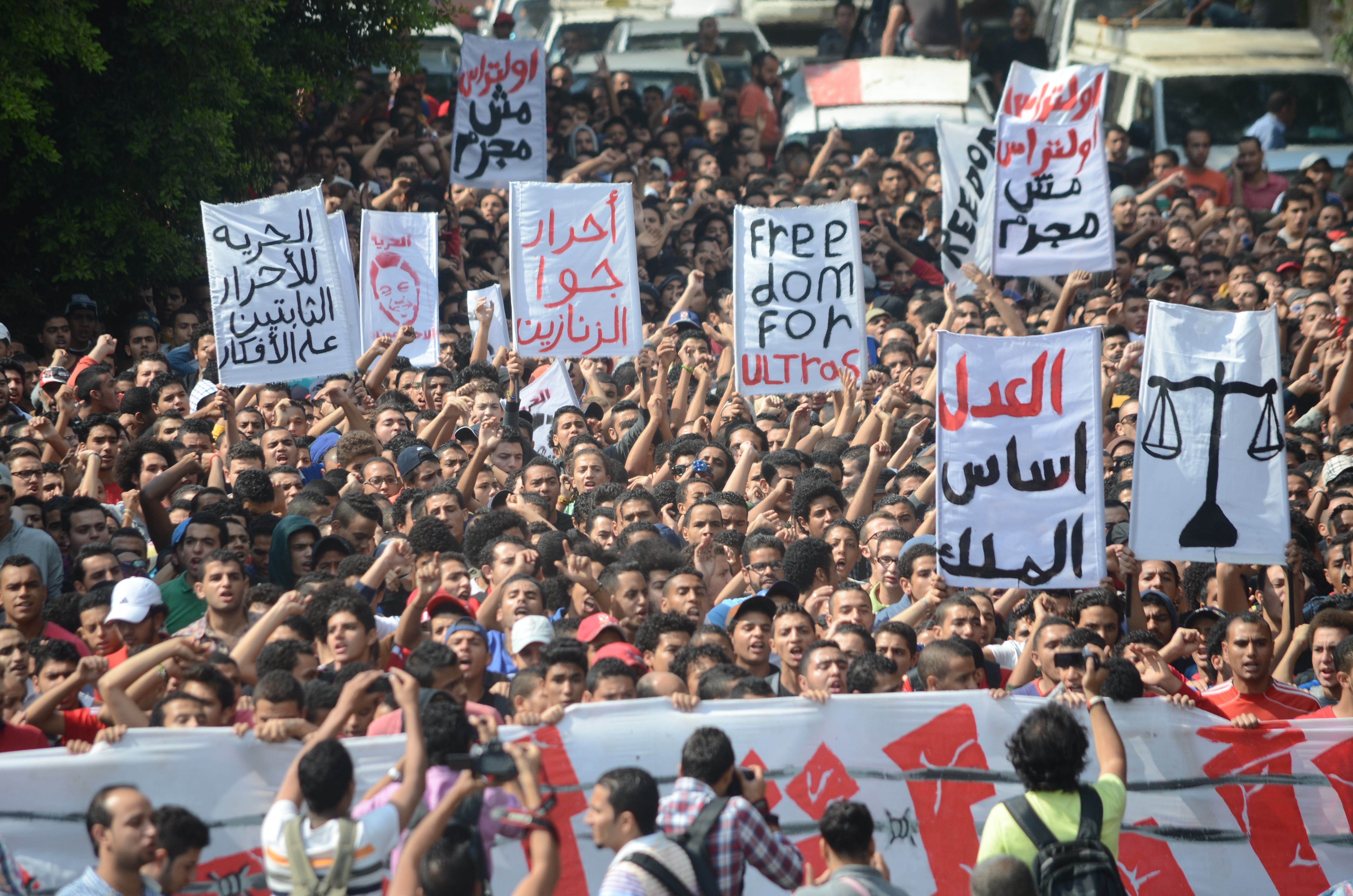 25 Ultras Ahlawy group members were released on Saturday by Al-Nozha prosecution. They were detained pending investigations regarding clashes at the Cairo Airport on 13 October.

The news was confirmed by a group leader who requested to remain anonymous.

The release comes after reconciliation between the Ministry of Interior and the families of the group members.

Minister of Civil Aviation Abdel Aziz Fadel told CBC satellite channel on Friday that he met with the families of the then-detained Ultras members upon their request and agreed to accept payment for the value of the damages in the airport installations which were caused by the clashes.

“I have coordinated with Minister of Interior Mohamed Ibrahim and visited him in his office along with the detainees’ families,” Fadel added.

Ibrahim told the same channel that the group members and the 11 policemen who were injured in the clashes had reconciled, adding that the ministry had “addressed the prosecution to inform them about the agreed reconciliation to release the detained.”

Ibrahim said he welcomes communication with all Ultras groups “especially Ultras Ahlawy, provided they commit to sportsmanship and do not engage in politics.”

The Ultras Ahlawy leader said before the release decision that “the steps taken by the families have nothing to do with the group, and of course it is their right to take such steps. The group is trying to take other steps and we hope that the group members will be released anyway.”

Ultras Ahlawy, which backs Cairo-based Al-Ahly Club, organised multiple protests demanding the release of their 25 detained members, the last being on 6 November in front of High Court.

Clashes in Cairo Airport happened when the Ultras group went to the Airport to greet their handball team on their return from Morocco.

According to a statement issued by the Ministry of Interior (MOI), the group used fireworks and tried to break into Arrival Hall 1 when it was stopped by security forces, and resulted in the injury of 11 policemen. According to the statement, injuries were caused primarily by birdshot.

These claims were denied by the Ultras group, which issued a statement saying that no fireworks were used in the airport and that security forces attacked the group members. The group’s statement read “why would the group hold weapons to greet their team”, denying the claims by the MOI that the group members used birdshot.

The 25 group members were detained for 15 days twice before being released, the latest being on 26 October.