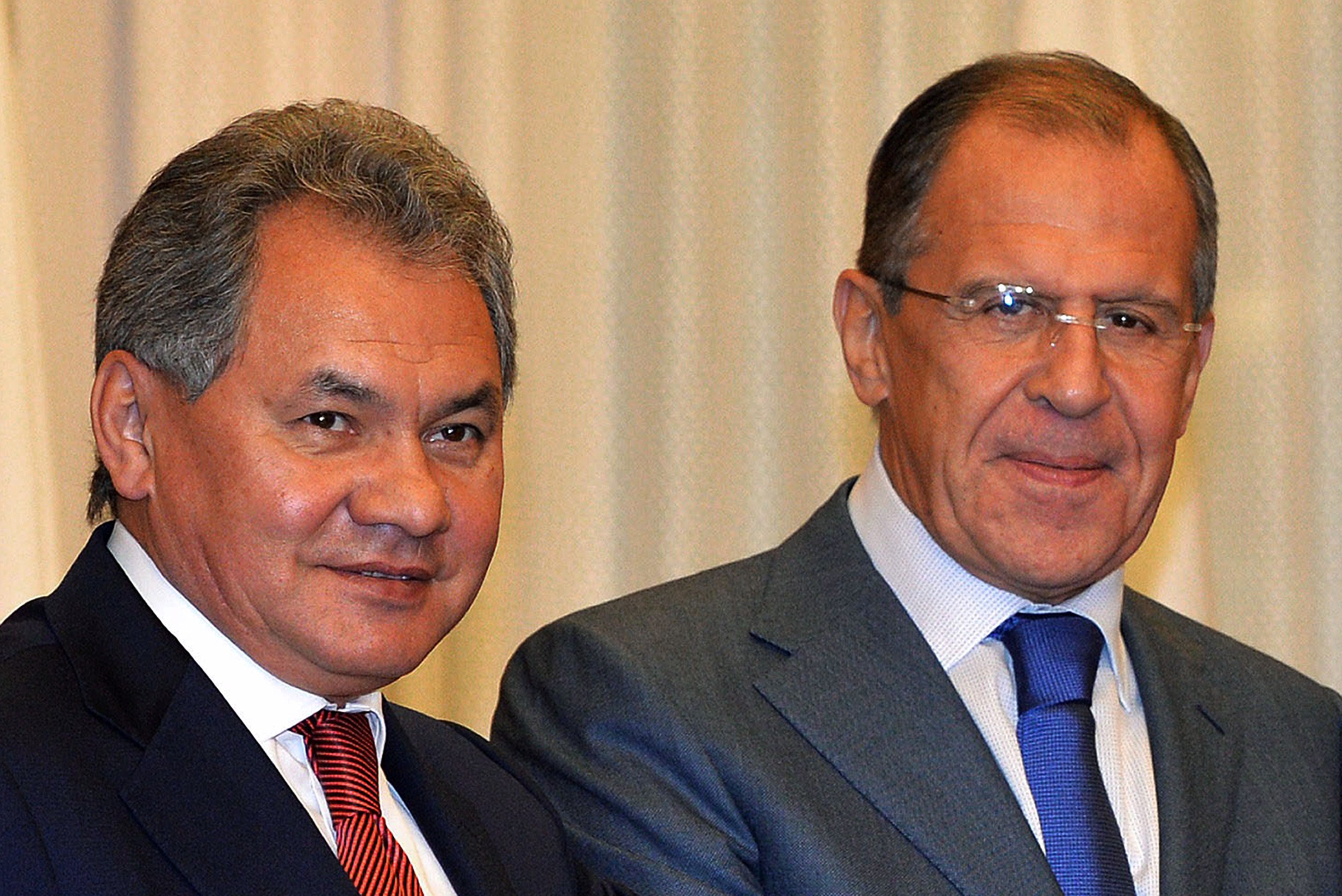 Shoigu and Lavrov are expected to  meet with their Egyptian counterparts, Abdel Fatah Al-Sisi and Nabil Fahmy respectively, on Thursday. Russian Deputy Foreign Minister Mikhail Bogdanov said that the visit paves the way for another visit to Egypt by high-level Russian officials, reported state-run news agency MENA. Bogdanov reportedly added that the visits are to look into means of joint cooperation between both countries and consultation on all international matters of joint interest.

The format of the expected Wednesday visit and the discussions it will involve will be “conducted for the first time in the history of [Russia’s] friendly relations [with Egypt]”, AFP quoted Russian Foreign Ministry Spokesman Alexander Lukashevich as saying. Lukashevich reportedly added that this will be the first visit of its kind since the collapse of the Former Union of Soviet Socialist Republics.

Egyptian Foreign Ministry Spokesman Badr Abdelatty said both Egyptian and Russian parties are keen on “supporting and strengthening bilateral relations” through the visit.

“Since the revolution, we have been trying to widen our options and alternatives,” Abdelatty said, with regards to the reason behind the visit. He added that the foreign ministry’s policy works on guaranteeing Egypt’s interests and independence.

Abdelatty denied that the visit is related to the United State’s decision to recalibrate its aid to Egypt. The US State Department announced on 9 October that it would halt the delivery of large-scale military systems and cash assistance to Egypt’s government pending “credible progress toward an inclusive, democratically elected civilian government through free and fair elections.” The decision was largely condemned by the Egyptian administration.

The Egyptian foreign ministry spokesman said on Saturday that Egypt’s relations with the US remain “strong”. He added that the US Secretary of State John Kerry’s visit to Egypt last week was successful. The visit was Kerry’s first visit to Egypt since Mohamed Morsi was toppled as president in July.

During the visit, Kerry announced that US President Barack Obama accepted an invitation to engage in a strategic dialogue with Egypt. He praised the interim government’s implementation of the roadmap outlined by the Armed Forces following Morsi’s ouster.

“We aren’t replacing one ally with another,” Abdelatty said. “We want to create new friends and partners to push forward the development process in Egypt.”

Lukashevich said that the Russian delegation’s discussion will involve “military and technical cooperation” as well as economic and political ties, reported AFP. An official at Rosoboronexport, Russia’s state weapons exporter, reportedly said the Federation was ready to advance its “traditional ties” with Egypt.

Abdelatty denied his knowledge of any potential military cooperation which might be discussed during the visit.

A popular delegation travelled to Russia on Thursday morning for a three-day visit. The delegation is set to meet with senior Russian Foreign Ministry officials as well as members of parliament, according to the Egyptian Ministry of Foreign Affairs.

Egypt’s ambassador to Russia Mohamed Al-Badry met the Egyptian delegation on Saturday, according to a ministry statement. The meeting was followed by a press conference where the ambassador discussed the importance of the bilateral relations between both countries.

Minister of Foreign Affairs Nabil Fahmy travelled to Moscow in September on an official visit. Fahmy and his Russian counterpart Sergey Lavrov both stressed the importance of the relationship between the two countries. Media reports suggested at the time that Egypt was attempting to steer away from the influence of the United States, something that Fahmy denied when questioned on the subject. He said: “We are heading into many external circles and will develop relations that need assessing.”