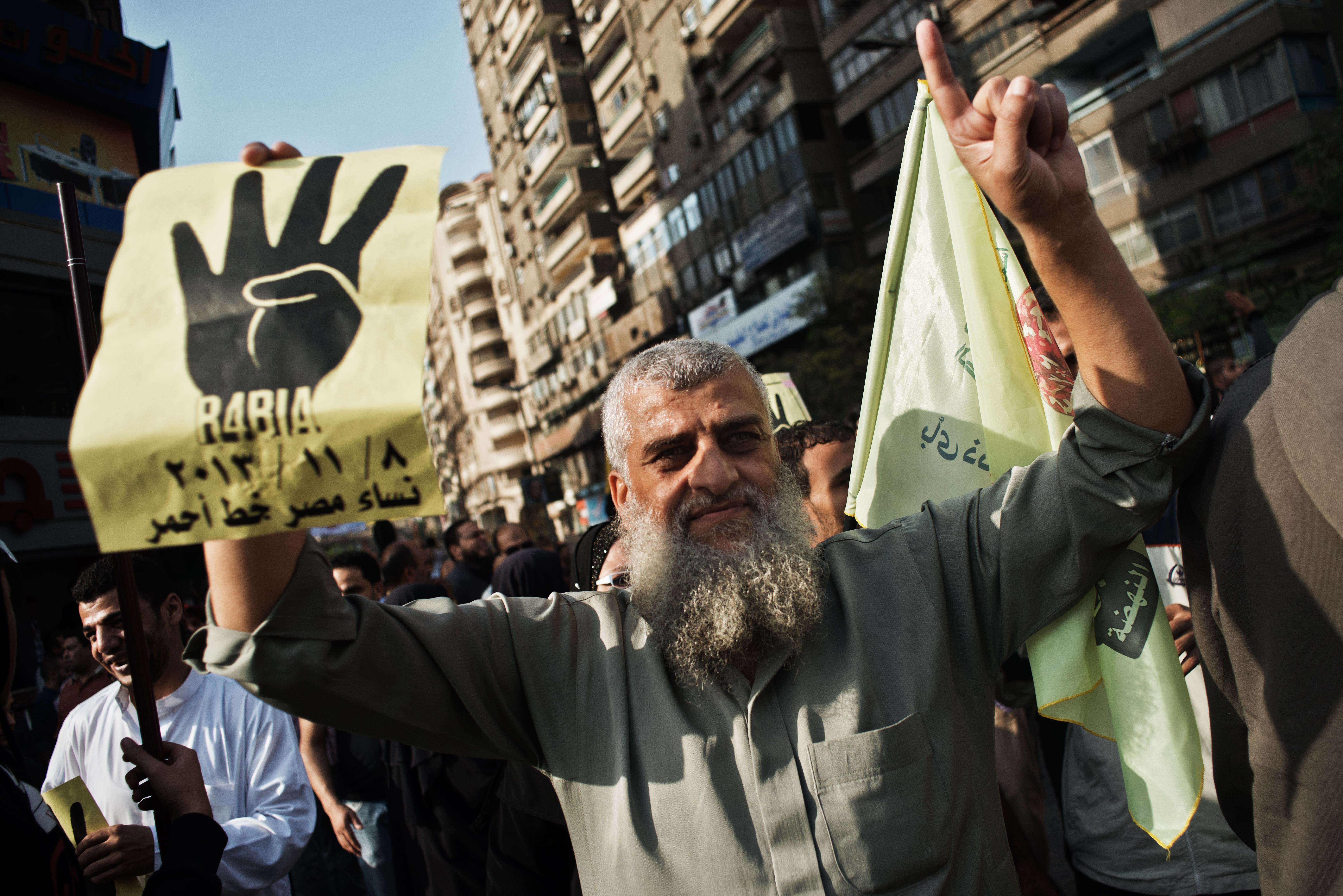 Pro-Morsi protesters held protests Friday labelled “Egyptian women are a red line”, which resulted in two deaths, including that of a twelve year-old, and three injuries, according to the Ministry of Interior.

“Clashes between supporters of the Muslim Brotherhood and the people of the area occurred with  firearms and cartridges, which resulted in the death of a child named Mohammed Badawi Zayed,” the Ministry of Interior stated.

The Ministry of Interior confirmed in a statement the arrest of 19 Muslim Brotherhood protesters for disturbing the peace, adding: “Two deaths occurred as a result of clashes between the protesters and residents of the Omraneya area in Giza”.

“Of the three injuries, one was shot in the foot and the other two had bird shot cartridges fired at them; they were admitted into a hospital and treated while police forces intervened and managed to separate the two parties,” the statement added.

Foreign media spokesperson Hamza Al-Sarawy said: “Protests set out throughout Egypt,” clarifying that the most violent was in Omarenya in Al-Haram District.

Al-Sarawy added:  “The twelve year-old boy [Zayed] was not part of the anti coup protests, but was killed by the residents who were against the Muslim Brotherhood… he was taken to Omraneya Hospital”.

A video was released on social media outlets showing an adult grasping what seemed like a lifeless child before he was taken away by an angry group of people.

Al-Sarawy said: “The adult grasping the child was actually a protestor and the group of people were the family of the child, who were not part of the Muslim Brotherhood.”

The Anti-Coup Alliance, also known as the National Coalition to Support Legitimacy, which is made up of several parties and movements that support former President Mohamed Morsi, claimed that Muslim Brotherhood members are repeatedly being targeted by authorities and opponents of ousted President Morsi.

They released a statement Thursday saying that women have been “deliberately targeted” with “unprecedented vindictive violence, including beating girls, dragging them on the ground, torturing, detaining and even murdering women of all ages.”

Protests are planned in front of the High Court, the Anti-Coup Alliance announced Saturday, and called on “the Egyptian people to protest throughout the week under the title ‘freedom for the honourable’.”

The Anti-Coup Alliance cited bias in the judiciary as a reason for the injustice, claiming that: “The politicisation of the judiciary and the role they play as a party to cover up the crimes of the coup is extremely dangerous, as state institutions lose their objectivity and value in the process.”