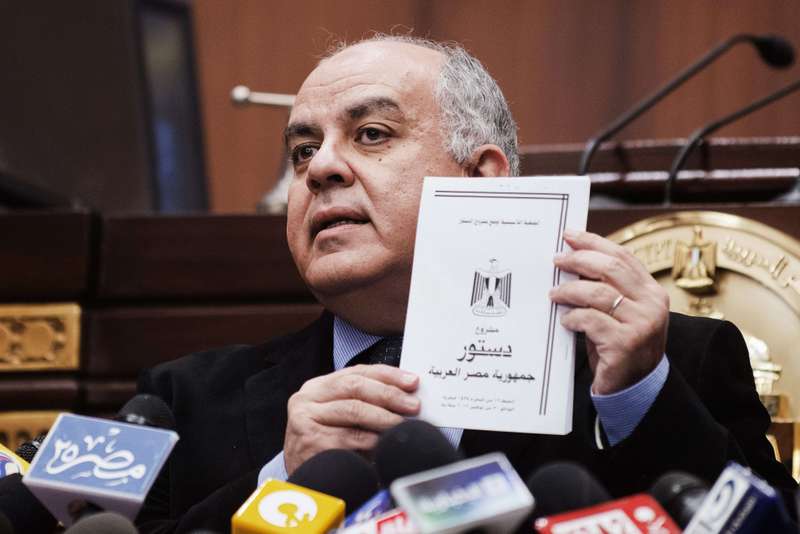 At a press conference in Madrid, Fahmy said that elections for Egypt’s parliament would take place “by late spring,” with presidential elections to follow about two months later.  These dates fall in line with the roadmap set out by the interim government on 8 July.  The roadmap states that parliamentary elections must take place no earlier than 15 days after the new constitution is passed by popular referendum, but no later than two months.

Speaking with satellite news channel Al-Arabiya, Darrag expressed dismay that the elections were announced by the foreign minister to the foreign press, an “unprecedented manoeuvre,” rather than being announced to the Egyptian people by the president, prime minister, or Minister of the Interior.

“The statements made by the coup’s foreign minister have nothing to do with the situation on the ground. The minister speaks as if constitutional amendments have been completed and approved by the people, all of which are yet to materialise,” said Darrag.

By announcing the elections while abroad, Darrag said Fahmy was trying to bolster international support for the roadmap with “propaganda,” and Darrag declared the projected election dates are unrealistic.

“Practically, it is impossible to hold elections at the times announced by the minister. Obviously, the coup’s government wants to show the world that they are committed to the roadmap,” said Darrag.

“Even the electoral system has not been approved or adopted in these amendments until now, the election law has not been issued – nor discussed, political parties and forces have not been invited to discuss the articles that can be agreed upon in the law.”

While speaking in Madrid, Fahmy reaffirmed that the Freedom and Justice Party (FJP) would be allowed to run for office, despite the party’s parent group the Muslim Brotherhood being officially banned.

In response, Darrag said that the FJP does not require Fahmy’s permission to participate in government.

“This is our legal and legitimate right. The FJP does not require a permit from the Minister of Foreign Affairs. This is not his call to make. He should be concerned with Egypt’s foreign not domestic affairs,” said Darrag.

“The FJP was the first party created after the 25 January Revolution. No-one can confiscate or ‘allow’ us our rights. Nevertheless, how are we supposed to fight such illegal elections with 90% of our candidates in the military coup’s prisons – including the party chairman, his deputy and members of the Executive Office, as well as most of the party’s potential candidates?”