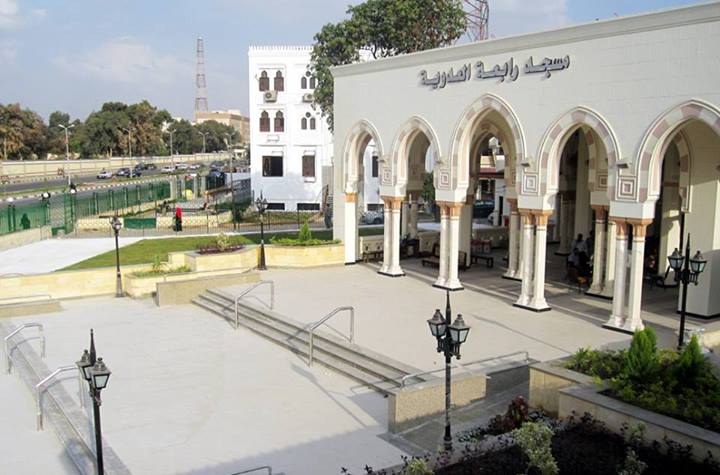 The Engineering Authority of the Armed Forces has completed its work of restoring Rabaa Al-Adaweya Square and hospital. The square was the site of the largest pro-Mohamed Morsi sit-in until security forces cleared it in August.

The announcement was made by the spokesman of the armed forces who said in a post on Facebook that the restoration of Rabaa Al-Adaweya is part of an ongoing project by the armed forces to “restore the aesthetic and civilised image of Egypt’s streets after they were vandalised at the hands of terrorists and those who abuse its security and stability.”

Supporters of the now deposed President Morsi staged a sit-in at Rabaa Al-Adaweya Square from the beginning of July until 14 August. The sit-in included a stage area, a media centre and a variety of different tents and structures for those staying in the square. Security forces moved in to the square on the morning of 14 August, prompting clashes that resulted in hundreds of deaths.

The spokesman for the armed forces said that part of the restoration work was to renovate the Rabaa Al-Adaweya Mosque that was burnt down “at the hands of protesters during the clearing of the non-peaceful sit-in.” He added that a monument and fountain had been erected in the square, “which saw one of the most difficult periods in Egyptian history.”

The efforts to restore the square and surrounding area included removing 6500cm3 of waste and relaying roads and footpaths in the square and surrounding area. The spokesman ended the statement saying that the efforts of the armed forces to finish the restoration within three months “confirm that the armed forces always has one hand building Egypt and the other holding the weapons to defend its great people.”

The armed forces has also pledged to rebuild churches that were attacked in the aftermath of the clearing of the sit-in.